In Gangsters and Other Statesmen: Mafias, Separatists, and Torn States in a Globalized World, Danilo Mandić explores the often overlooked connections between organised crime and separatist movements, showing the capacity of organised crime groups to both undermine host states and promote statebuilding. This is a systematic and fertile examination of how crime and conflict intersect within torn states, writes Alessandro Ford. 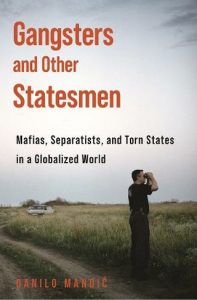 Mafia bosses are not generally known for a love of literature, but those stepping into any modern bookshop will be reassured by one thing: they exist almost exclusively in the ‘true crime’ section. Despite controlling vast business conglomerates, commanding hundreds of soldiers and often influencing the outcome of elections, they are largely absent from the ‘economics’, ‘military’ and ‘politics’ sections. It is presumed the Mafia lives in some literal ‘underworld’, a closed-off, circular universe of illegality with no connection to, or impact on, the main (legal) universe.

Of course, this is an illusion: we live alongside organised crime; by straddling the false dichotomy of ‘legal versus illegal worlds’, so-called ‘crime syndicates’ merely represent a different kind of corporation, security firm and political action committee. Yet while such systematic omission is excusable in bookshops, it is not in academia. Those who study the complex causes and overarching patterns of economics, conflict and politics would be negligent to exclude from their analyses the institution that is organised crime. Most do though, with the result being that organised crime is dismissed as a minor catalyst in certain events, if not as a separate by-product altogether. As Danilo Mandić makes clear in his new book, Gangsters and Other Statesmen: Mafias, Separatists and Torn States in a Globalized World, this is as true within academic literature on separatism as it is anywhere else.

As Mandić observes, since the end of the Cold War nation states across the world have witnessed a rapid growth in both militant separatism and organised crime. Intuitively, both entities appear to possess many characteristics in common – both are perceived as threats to the host state, both act as alternative governance mechanisms, both bridge gaps between legality and illegality – yet their nuanced and creative intersection is largely oversimplified and understudied.

Within so-called ‘torn states’, countries riven by conflict, organised crime groups are neither apolitical nor bound by any intrinsic political character: they possess the dual capacity to either undermine host states by throwing their support behind separatist movements or to promote statebuilding and territorial cohesion by defending the status quo. Either is possible and, across torn states worldwide, both possibilities variously play out. This is the message of Mandić’s Gangsters and Other Statesmen. 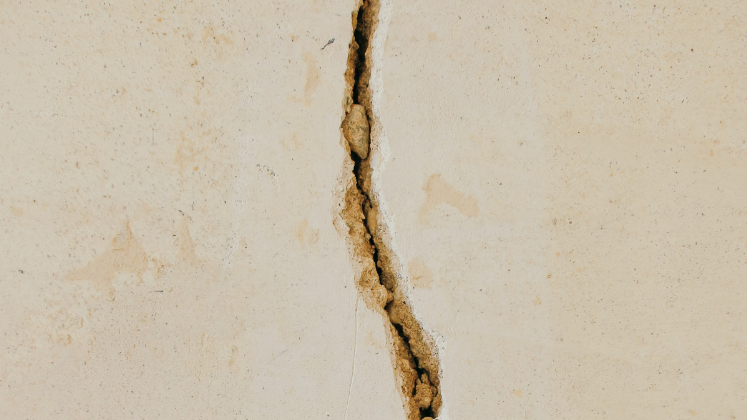 The book hinges on the concept of a ‘Simmelian Triad’, first proposed by nineteenth-century sociologist Georg Simmel, whereby certain events occurring in an apparent pair relationship (for example, the possible divorce of a married couple) can only be understood by reference to a third actor (for example, a lover that divides them or a shared child that unites them). Similarly, Mandić argues, the success or failure of certain separatist movements will be misunderstood if the viewer focuses exclusively on the pair relationship between host state and separatist movement. Rather, they can only be understood by reference to the third actor of organised crime, which sometimes plays the role of the divisive lover who encourages separation and at other times functions as the pacifying child who promotes harmony.

The author presents sixteen cases of separatist conflicts occurring across Eastern Europe, West Africa and the Middle East since the 1990s. Some of these conflicts continue to make media headlines – Ukraine, Mali, Yemen – while others may be less known to the reader – Moldova, Senegal, Turkey. The section on Azerbaijan and the frozen Nagorno-Karabakh conflict is now sadly outdated, written before clashes re-erupted in September 2020 and intensified into war, while the section on Iraq and Syria is disappointing in its exclusive focus on Islamic State. Broadly speaking though, each case is instructive and thought-provoking, combining some basic historical context with an interdisciplinary analysis of organised crime’s presence and impact in the context in question.

These broad-brush examinations, however, are only the attaching limbs to the book’s spinal cord: an intensive investigation and comparison of the Georgia/South Ossetia and Serbia/Kosovo separatist conflicts. Mandić contends that the respective success and failure of the South Ossetian and Kosovar separatist movements resulted from the differing affiliations, actions and objectives of their organised crime groups.

Initially, organised crime reacted the same way in both contexts: Communist fragmentation, civil war and economic breakdown led to a blossoming of criminal groups in Georgia and Serbia between 1989 and 1995. Criminal groups served as paramilitary cannon fodder, contraband smugglers (for instance, for arms and fuel) and domestic thugs-for-hire that repressed any political or social opposition. In Serbia, it was the infamous Zemun Clan who would become the kingmakers, helping topple former Serbian President Slobodan Milošević; a number of members of the Clan were then convicted for the 2003 murder of his democratically elected successor, Zoran Djindjic. In Georgia, it would be the Mkhedrioni, a nationalist paramilitary who ousted even the Russian Mafia, and National Guard, headed by Tengiz Kotovani, who would briefly serve as Georgia’s Defence Minister (43). South Ossetia and Kosovo were hardly better. Mandić states that the Kosovo Liberation Army (KLA) were, almost from the start, ‘a front for drugs and arms traffickers’ (43), and he identifies one of their most famous recruits as Hashim ”the Snake” Thaçi (43), who eventually became Prime Minister of Kosovo. Thaçi resigned as President of Kosovo in November 2020 to face war crimes charges.

Yet after 1995, there would be a criminal divergence: in Kosovo, economic incentives led the criminal syndicates to opt for secession, creating Europe’s ‘first Mafia state’ (53) with institutional ties to Italian, Chechen and Pashtun organised crime. Meanwhile, in South Ossetia, the criminal groups acted as mediators for peace and reconciliation – in particular, through the open-air contraband market at Ergneti, which by drawing thousands of Georgians and Ossetians every day, encouraged ‘peace through smuggling’ (57). According to Mandić, its eventual closure was a key catalyst for the Second Ossetian War in 2008 (59).

The book’s case is conceptually robust: organised crime matters in separatist states. That point alone deserves greater scrutiny and Gangsters and Other Statesmen therefore plants the first seeds of what should become a new perspective within conflict studies and international relations. However, like other seminal works, its bedrock revelation lacks significant nuance. After systematically defining all manner of terms, Mandić goes on to treat the designations of‘mafia’, ‘cartel’ or ‘crime syndicate’ as almost entirely synonymous – whereas they are each entirely different things. A Mafia, with clear rules, initiation ceremonies and lifetime membership, is effectively a criminal priesthood, whereas ‘crime syndicates’ or so-called ‘cartels’ (which are almost never genuine economic cartels) lack substantial inner cultures and operate primarily on an economic level.

This conceptual fuzziness engenders questions over the book’s depictions of the organised crime landscape in particular countries: is it truly the case that Serbia had only pro-Milošević crime groups or that Georgia’s criminal topography was dominated by a few oligopolistic actors? For some periods, in some areas, Mandić argues it was. Nonetheless, one is left with the impression that the Simmelian framework may be overly reductive, potentially obscuring the divergent aims of other, albeit smaller, crime groups.

That said, such uncertainties and simplifications remain relatively benign throughout the book’s 200-odd pages. Put plainly, Gangsters and Other Statesmen is a systematic and fertile examination of how crime and conflict intersect within torn states. By crossing disciplines and borders, Mandić successfully carries out an act of political alchemy, demonstrating how the grubby ‘gangsters’ of today’s separatist movements may well be the glorious governors of tomorrow. His work will be of interest to a variety of scholars and undoubtedly paves the way for all manner of future analyses across the social sciences. 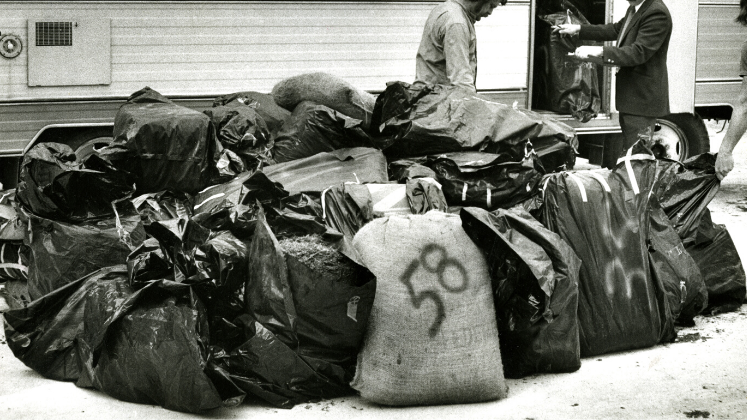