In Foreign Banks and Global Finance in Modern China: Banking on the Chinese Frontier, 1870-1919, Ghassan Moazzin explores how foreign banks facilitated China’s integration into the first global economy, focusing particularly on the commercial activities of Deutsch-Asiatische Bank. Grounded in detailed research, this history will be valuable for all those interested in engaging with China’s economic development, writes George Hong Jiang. 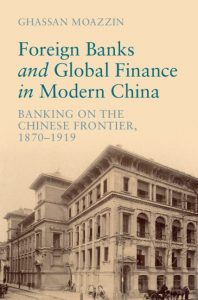 We are living in an era when globalisation is confronting more and more obstacles. International trade is being replaced by regional production due to heated protectionism between different trade blocs and economic sanctions on countries whose exported commodities are vital to the international supply chain. Those who used to be proud to call themselves global citizens and enjoyed huge benefits from globalisation cannot help asking: is globalisation declining? As Winston Churchill reputedly said, ‘the farther backward you can look, the farther forward you can see’. Digging into the detailed history of the commercial activities of the Deutsch-Asiatische Bank (DAB) in China between 1870 and 1919, Ghassan Moazzin’s new book uses the lens of history to observe how financial internationalisation was conducted in the first wave of globalisation.

From the mid-nineteenth century, the forerunners of industrialisation, such as Great Britain, and latecomers, such as Germany, launched the first wave of globalisation. While British banks and trade companies had obtained access to China’s markets after the Opium War from the 1840s onwards, Germany did not have the strength or even ambition to ‘cut a piece of the cake’ until its persistent political fragmentation was ended in the 1870s.

In Chapter One, with detailed research in archives stored in Germany, Moazzin shows that German financiers and the German government cooperated to facilitate the founding of the DAB in China, the latter using governmental power to support German companies to compete with British rivals abroad. Concurrently, realising the benefits that foreign capital could bring and the necessity of gradual reforms in China, some liberal officials, including top ministers and local governor-generals, found it helpful to utilise foreign capital and technology to make China economically and militarily strong. Due to these shared interests, the DAB was established. As a German bank operating in China’s treaty ports, its organisational structure (outlined in Chapter Two) was typical of transnational companies, in which Germans remained as heads and many Chinese employees worked as staff and managers responsible for day-to-day business. 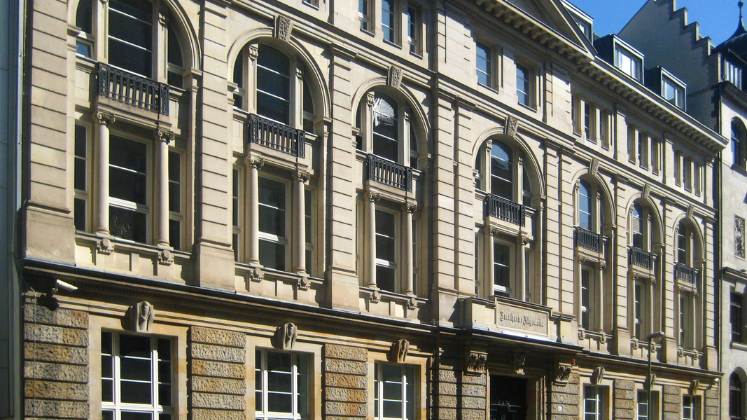 Shortly after its establishment, the DAB played an important role in China’s financial field. As a result of the humiliating military failure in the Sino-Japanese War in 1894-95, the Qing government of China had to agree to the terms that Japan required, the most influential of which were the permission to directly establish factories in China through foreign capital and the astronomical indemnity to Japan. As reflected in the data that Moazzin collects, these terms immensely sped up China’s financial internationalisation because of the rapidly growing capital influx and the reliance of the Qing government on foreign borrowing for the indemnity.

Although the negotiations took a zigzag path, the DAB succeeded in providing indemnity loans to the Qing government along with other foreign banks (see Chapter Three). After becoming familiar with the procedures for foreign borrowing and recognising its benefits, pragmatic Chinese statesmen started to utilise loans from foreign banks, such as the DAB and HSBC, to fund reform projects. Chapter Four provides a vivid example: for railway construction, Chinese statesmen who had learnt to manipulate foreign financiers managed to win favourable terms through foreign banks competing with each other.

The reliance of China on foreign capital reached a peak in the 1911 revolution. China was split into two antagonistic regimes very soon after the revolution erupted, both of which strove for financial support from foreign banks. Neither could survive for one day without foreign borrowing because their fiscal and military expenditures could not be met by ordinary revenue. Chapter Five shows how foreign financiers made discreet and opportunistic choices in the geopolitical game; these decisively affected the result of the 1911 revolution.

But for the DAB, however discreetly it played the game, its days in China would not last long. In the First World War, as a German bank, the DAB was eventually liquidated forcefully by the Chinese government after it failed to outbid the rival groups of American and Japanese financiers in providing loans (Chapter Six). As Germany’s path in the twentieth century was highly volatile, the DAB had no chance to be restored.

From a retrospective view, Chinese feeling towards the history of foreign banks’ activities in China is at best ambivalent. Most Chinese people still have bitter memories of those treaties through which China was forced to open up domestic markets to Western colonialists, including the DAB and HSBC. These common memories burdened leader Deng Xiaoping and other pro-reform statesmen when they decided to open up China’s markets to foreign direct investment in the late 1970s, because, as propagandised in China, the communist regime was legitimised partly by expelling foreign colonialists and defeating warlords whom foreign interest groups backed.

To a large degree, such an anti-colonial narrative originated from the intellectual framework constructed by Marxist historians, both in China and the West, who described globalisation as a platform where Western industrial powers exploited colonies in Asia, Africa and Latin America. While this perspective remains influential in many ways (Sven Beckert’s Empire of Cotton is a good example), scholarship is unemotionally turning attention to the historical role that the first wave of globalisation played. Paying no attention to how foreign banks ‘exploited’ China, Moazzin’s book objectively describes the interactions between China and foreign capital and the financial internationalisation of China’s treaty economy.

As indicated by the title, what Moazzin describes occurred mostly in China’s treaty ports, which were the main stage for foreign banks. The degree of industrialisation and globalisation in vast inland areas remained very limited. In addition, Moazzin should have gone deeper in asserting that this book contributes to understanding the Great Divergence: the phrase used to describe the diametrically different economic performance of the West and the East after the early modern period. Apart from stating that foreign banks filled the institutional void in the Chinese economy, the book does not offer more thinking on this topic.

Yet, the reasons for the Great Divergence have deeper roots. For example, a question should be asked as to why China failed to develop a modern financial infrastructure capable of providing secure property rights and effective financial services when ancient China had got in front of Europe in issuing paper currency and understanding the economic relation between the value and quantity of money. To a large degree, rather than illuminating the driving force behind the different pathways that eventually became the Great Divergence, this book instead presents a retrospective account of its impacts.

As a whole, Moazzin’s book offers a panorama through which we can see the path that China’s finance walked during those decades between 1870 and 1919. As Hegel stated: ‘the spirit of a nation is reflected in its history, its religion, and the degree of its political freedom’. Through the case study of the DAB, we can see not only how China, once lukewarm towards foreign capital and hesitant to adopt economic changes, grew increasingly reliant on foreign banks, but also how financial internationalisation in China’s treaty port economy progressed as these interactions increased. For those interested in doing business in China and engaging with China’s economic development, learning from history will always be valuable.

Dr George Hong Jiang is currently a Postdoctoral Researcher at the Department of Sociology, the University of Cambridge. Jiang got his Doctoral Degree in Economics in 2021 at Goethe University Frankfurt. He is also an Assistant Researcher at the Centre of Foreign Economic Thought, Peking University. Jiang’s research interests include political economy, economic sociology and economic history. Jiang is completing his first monograph, The Imperial Mode of China: An Analytical Reconstruction of Chinese Economic History, under contract with Palgrave Macmillan (Springer). 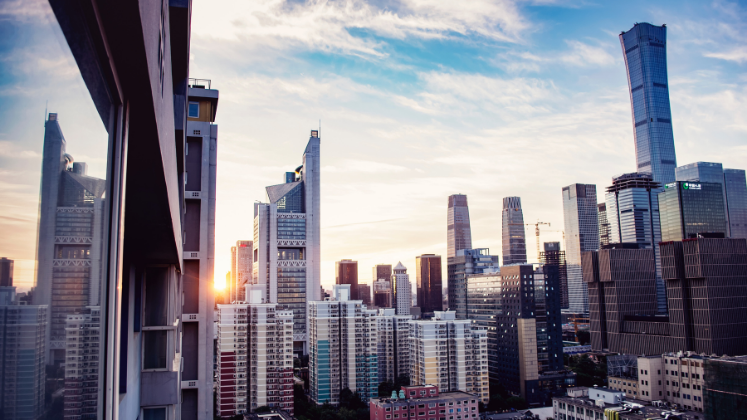