In Lent Term 2016, Mr John McDonnell, MP for Hayes and Harlington and Shadow Chancellor of the Exchequer, discussed Labour’s economic policy as part of the British Government @ LSE public lecture series. Second year undergraduate Joshua Manby assesses ‘The New Economics,’ and argues that although this concept is a pleasing vision for the future, there remains some way to go before it becomes a fully formed plan supported by the electorate and the media.

As we stepped into Holborn tube station, John McDonnell reflected on his proposals as Shadow chancellor by quoting the late Tony Benn. “First they ignore you, then they say you’re mad, then dangerous, then there’s a pause and then you can’t find anyone who disagrees with you.”

Earlier that evening at the LSE, Mr McDonnell strove to make the case that a ‘new economics’ is required to replace the ideologically-driven actions of the current government. Presenting Labour’s plan for a cooperative, fair economy, his talk not only outlined his fundamental vision for a new robust system, but the challenges Labour face in portraying this ‘new economics’  convincingly to the electorate and the media.

To appreciate Mr McDonnell’s position fully, we must first understand his interpretation of the economic status quo and its flaws. Only then can his offered remedies be considered in context.

McDonnell began the public lecture well- he is humorous, down to earth, and certainly likeable. He opened with an interrogation of the credibility of the recent recovery of the UK economy, focussing on long term structural problems such as frustratingly low productivity, a manufacturing sector in recession, an ignored regional imbalance, and the seemingly Dickensian conditions some workers face on modern precariat contracts. He then questioned how austerity could ever be the antidote to these issues, going as far as to quote a specific research paper on the relationship between the size of a financial sector and the size of the state as evidence of its overtly ideological nature.  In this way, McDonnell fundamentally aligned himself with those feeling marginalised and punished by public sector service cuts and the withdrawal of fiscal aids like tax credits. Clearly drawing inspiration from the distinguished economists he fraternises with (Stiglitz and Piketty come to mind), McDonnell’s observations were astute, and he pitched his analysis very well to the non-economist.

McDonnell also argued- at the risk of sounding a bit “X-Files” – that vested interests support this economic paradigm and hit home what many economists find themselves repeating ad infinitum, that understanding the macroeconomy in terms of a household balancing its books is foolish at best and dangerous at worst. McDonnell did well in his criticism of the Government’s economic policy but this is not new, and nor is it original. The real task lies in convincing the electorate that his brand of economics is credible and will improve the economic conditions for normal, working people. 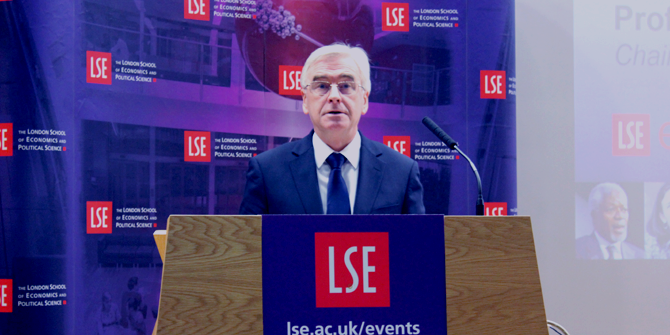 John McDonnell’s plans were nominally impressive and delivered in sound rhetoric; he doesn’t need to fake being ‘down to earth.’ Yet, the practicalities of what he is offering remained unmentioned and dubious, leaving one imagining that he leaves the finer details of economic organisation to the economists he works with.

His fiscal plan was infused with ideology and some quite fundamental ideas of restructuring the UK economy; pitched with no irony after the earlier rambunctious takedown of ideological economics. Emphasising local cooperatives, support for regional banks, investment projects in infrastructure and a general shift away from an overly-service based economy, McDonnell seemed almost anarchist-like in conveying the virtues of a cooperative political economy without the spectre of a burdensome state weighing it down. This was a ‘best of both worlds’ argument, hypothesising generous state provision of public goods without the rightly disparaged and maligned state bureaucracy.

Whilst local cooperatives and smaller banks could provide investment and help regional disparities, their effects wouldn’t be ground-breaking and unfortunately this was one of the very few policies adequately detailed in the talk. The audience were left pondering the specifics: investment and infrastructure built where and by whom? He only really mentioned flood defences. Obviously McDonnell couldn’t go thoroughly into specifics, they probably don’t exist yet, but it makes considering his plan for the future very difficult. There seemed to be little substance amongst the appealing ideas of a “cooperative” and “fair” economy. Who wouldn’t want that? Everything said seemed hypothetically reasonable, but discussion of the politicisation of monetary policy during the question and answer section was lacking. In fact, the less said on that the better.

Preaching to the converted?

On even shakier ground was his desire to create new channels of communication through which to articulate his economic vision. I would hazard a guess that of those in attendance from the general public about 80-90% were card-carrying Labour members, and some of those who asked questions seemed to know John personally. 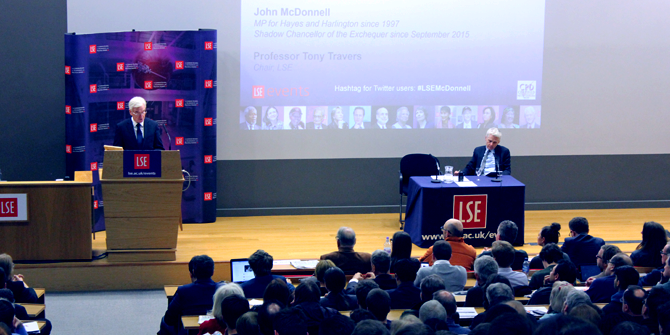 converted. I accept that the UK press has a pro-Tory bias and their economics coverage is frustratingly poor, but finding solace in a ‘they’ll never believe us’ mentality does not win elections. A national tour of economics conferences wins no new voters if those who attend already support you, and those who don’t pay no attention. Labour’s recent demise in the opinion polls was not touched upon: opening new information channels is useless if they are merely to communicate with those amongst a scant and declining flock. I empathise with the Shadow Chancellor here as the UK media is often unfair – on both sides of the ideological spectrum- but a continual poor showing in the polls will not help win over the doubters.

McDonnell avoided the typical hard-left Shadow Chancellor stereotypes. He argued the state can be burdensome, said he doesn’t desire top down nationalisation, and only derisively referred to “the market” once. What he offered was a pleasing sounding vision, not a fully formed plan. It is one that seeks to present a fairer, more balanced, and non-myopic plan for the economy. He identified well the issues our economy might face in the future (such as international tax negotiations and advancing technology) and very credibly and cogently highlighted the evident and dangerous weaknesses of the UK economy. However, his plans were vague and questions were required to tease out the idea that investment might go to technology based firms in the form of research and development grants, and that McDonnell is aiming for the economy to be more “democratic”.

I do believe McDonnell has a good grasp of economics and I do believe he has the best intentions for a fairer and more democratic economy, but simply trashing the Tories’ economic folly will only get him so far. It is imperative he supplements every scathing analysis with a reasoned, detailed and realistic alternative, highlighting how austerity is rejected elsewhere by academics and economists. Thus, until he can provide more specifics on the fineries of his plan and communicate to the electorate as a whole how this will benefit the average voter, I fear Mr McDonnell may find himself fighting a losing battle. 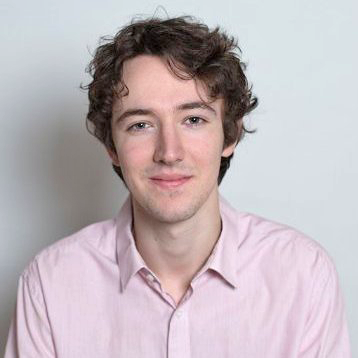 You can watch Mr McDonnell MP’s lecture on the LSE website and #GovStudentsAsk Mr McDonnell questions about ‘The New Economics’ on GovBlog.

Please note, this article was first published on the Department of Government blog