Democracy at its best: majoritarian or parliamentary electoral systems?

Democracy at its best: majoritarian or parliamentary electoral systems? 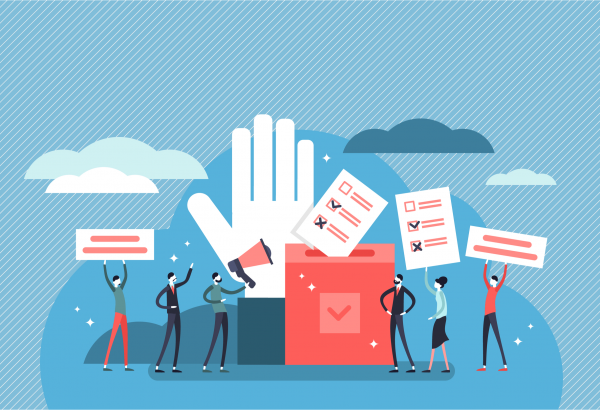 Without doubt, these are taxing circumstances for political leaders and the ruling class. Leaders have been craving certainty where little exists. Risk management focusses on the great skill of analysing and assessing those outcomes that are uncertain, and identifying others that are slightly less uncertain. The importance of crisis management is even more salient today given the current COVID-19 pandemic. A key question for political scientists is to evaluate which type of electoral system best performs under these kinds of scenarios.

At its core, what is democracy at its best – majoritarian or parliamentary electoral systems? Representative democracy requires effective government because this facilitates decisive policy-making. Single-party majority government can execute manifesto commitments without engaging in post-election coalition bargaining. This promotes effective government since the government has the power to authorise necessary legislation during its term in office, provided that it can persuade members of its own back-bench.

Contrastingly, the coalition government formation often involves long delays. The absence of an established executive during the negotiation period typically stalls legislative progress and results in  ambiguous policy direction and ineffective governance. Even once a coalition has been formed, the increase in the number of veto players can lead to policy-making gridlock. In a coalition government, each coalition member is a veto player to the degree that their support is necessary for any change in policy; the greater the number of coalition parties, the more veto players and thus greater need to seek a compromise accepted by all. The consequence is that “if an exogenous shock occurs, a government with many veto players…cannot handle the situation and cannot agree on the necessary policies,” (Tsebelis, 1999).

Single-party majority outcomes depend on a disproportionality within an electoral system that gifts the frontrunner with a bonus of extra seats. The aim of majoritarian electoral systems is to “exaggerate the share of seats for the leading party in order to produce an effective working parliamentary majority for government, simultaneously penalising minor parties, especially those whose support is spatially dispersed,” (Norris, 1997). Even in tight elections, with the major parties roughly equal, one party has generally obtained a majority of seats. This disproportionality is to a great degree eliminated in PR systems, whose core principle is to ensure that seats in a constituency are distributed in line with the vote share. Empirically, plurality rules typically produce single-party majority government and do so far more often than PR. As Rae (1996) comments, “In 75 legislatures elected under P.R. formulae, the mean minimal majority was 1.96 parties. Typically, the support of the two largest parties was required for the formation of the majority. In 45 legislatures elected under majority and plurality formulae, the mean minimal majority was only 1.15 parties, suggesting that one-party majorities were more common.”

Yet, this position ought to be understood in a more nuanced manner. Although majoritarian systems on average lead to single-party majority government, this depends on geographical and social homogeneity. If a country is split between two parties, then a swing in the national vote between these parties translates into a single-party outcome. In countries where minorities are concentrated in above plurality proportions in particular constituencies, two party systems are much less likely to rise. This is the case in the UK with the SNP’s highly concentrated support in Scotland. If plurality produces multi-party systems, where parliament is highly unrepresentative and no party obtains a majority of seats, then the case for plurality systems becomes less clear-cut. Therefore, in post-conflict and heavily fragmented societies, we might prefer the slow, incremental and consensus-driven change that PR systems provide over swift decisive action, assuming that the fragmented groups agree to work together in government.

Vox populi vox dei (The voice of the people)

Proponents of PR may respond that the process of forming coalition government fosters cooperation, serving as a moderating force on larger parties and producing policy outcomes closer towards the median voter. Nevertheless, such an outcome is rare and the notion that PR alone promotes compromise to the benefit of the median voter is questionable. Under PR, parties typically distinguish themselves from rivals by adopting distinct ideological positions. This hinders compromise because coalition partners with the highest probability of forming government are generally direct electoral rivals with intentionally dissimilar policy positions (Blais, 1991). Finally, if coalition parties under PR believe that the groups forming the coalition will be different in the future, they have an incentive to primarily meet the needs of their supporters and externalise the costs to other voters (Shapiro, 2018). Consider Israel, whose ultra-Orthodox fringe parties have gained approval for policies that only serve the interests of their supporters by threatening to collapse the government.

“The Emperor has no clothes”

Government accountability is key for effective representative government. It refers to the ability of the electorate to sanction governments responsible for policy failures. Single-party outcomes make it easier for the electorate to identify those responsible for policy failures and remove them from office, since a minor swing in the vote share is enough to transfer a majority of seats to the opposition. Contrastingly, coalitions weaken government accountability. This is because it is the coalition bargaining – instead of the election result alone – that determines the composition of government. Vowles (2000) shows that “fewer governments were completely dismissed by the electorate in PR than in FPTP,” even when controlling for social and geographical structures. The two changes of governing party under Germany’s PR system were the result of choices made by the FDP in 1969 and 1982 – as opposed to by voters – about which main party to support.

For supporters of PR, representative democracy fundamentally ought to produce a numerical distribution of elected representatives that mirrors the decision of the people. The conventional argument against plurality systems is that they produce unrepresentative outcomes by ‘unfairly’ discriminating against smaller parties. However, even though PR systems ensure that each party’s vote share translates into a representative share of legislative seats, it does not necessarily translate into a proportional division of control over executive power due to the post-election coalition bargaining. If two large parties have equal vote shares, a small party will typically form a coalition government with one of those parties. A small proportion of legislative seats allows that small party to exercise disproportionate power in government office. Even if the small party is not heavily represented in government, its disproportional power lies in the fact that it can threaten to bring down the government by exercising its veto power. In a representative democracy, this is a more egregious unfairness, as a party with a small vote share holds the balance of power.

However, the probability of achieving such a ‘good outcome’ is low, even at the sweet spot. Under this PR system, the most likely outcome is still a trade-off between either a highly representative parliament or an accountable government. Although Carey and Hix (2011) provide evidence to demonstrate that the trade-off between representativeness and accountability is non-linear, the trade-off remains unsolved. This is because their PR system fails to combine ‘the best of both worlds’. “The predicted likelihood of having better-than-median outcomes on all four criteria (namely, disproportionality, voter-government distance, effective number of parties and number of parties in government) is relatively low, peaking just above 10%,” (Carey & Hix, 2011). The case for modified PR systems collapses because by sacrificing representation, the democratic legislature is not representative of all people. Its basic premise no longer holds. Carey and Hix (2011) highlight the flexibility of PR systems, yet as Germany’s additional member system demonstrates, majoritarian systems can be modified to supplement a plurality-elected legislature, with seats elected on PR from party list to compensate smaller parties for disproportionality.

In conclusion, majoritarian electoral systems are better than proportional representation systems on the grounds that they tend to produce single-party majority government. Firstly, the result at the poll conclusively determines the makeup of government. Secondly, they help clarify responsibility for policy decisions, facilitating the removal of ‘bad’ government. Finally, even low-magnitude PR fails to solve the trade-off between accountability and representativeness because at the ‘electoral sweet spot’, few proportional electoral systems deliver better-than-median outcomes for both representativeness and accountability.

Popper, K. (1988). The Open Society and its Enemies Revisited. Retrieved from The Economist site on 12 January 2019. https://www.economist.com/democracy-in-america/2016/01/31/from-the-archives-the-open-society-and-its-enemies-revisited

Schumpeter, J. A. (1942). Socialism, capitalism and democracy. Harper and Brothers.