The Syrian conflict, now into its sixth year, has caused an unprecedented crisis, generating 4.8 million refugees throughout the region and directly affecting 13.5 million people within Syria. The war next door has had a profound impact on Lebanon, with ramifications for the country’s security, economy and society. The Lebanese people and institutions have opened their doors to more than one million Syrian refugees, while responding to their needs and those of the host communities. It has proven to be challenging to offer quality public services like education or primary health care for both the Lebanese – especially the most impoverished – and the Syrians whom they host.

Against this backdrop, and after years in exile, the situation for Syrian refugees in Lebanon is deteriorating rapidly. With their savings depleted, they have entered a vicious circle of extreme poverty, leaving them with barely enough for daily survival. More than 70 percent now live below the national poverty line of $4 a day, and most have racked up debts of up to $940 per family, just to afford the most basic items, such as food, medicine and rent.

The Lebanese, too, have been seriously affected by the Syrian conflict, with their economy depressed and unemployment rising, especially among the young. A recent World Bank report suggested that Lebanon’s GDP growth is projected to remain sluggish through 2016 due to the continuing Syrian crisis, the complicated domestic political situation and other factors like the negative impact of weak oil prices.

As the crisis endures, what was initiated as a short-term humanitarian intervention has transformed into a medium-term operation. With all that comes more complicated programme structure and management, and an increased prevalence of troubling issues. For refugees, these might be socio-economic – just one example would be child labour. At the same time, interactions with host communities and the authorities also become more complex over time.

The support from the international community has been unwavering; since 2013, more than $3.4 billion has been allocated to Lebanon, and 40,000 refugees have been submitted from Lebanon for resettlement to other countries. Despite this, the assistance unfortunately remains insufficient when set against stretched resources and growing needs. The Lebanese government and its humanitarian partners have requested $2.48 billion in the 2016 Lebanon Crisis Response Plan (LCRP), the main appeal for funding from the international community. Half way through the year, we have reached well below half of the financing for our programme.

Everyone – not least the refugees themselves – agrees that the main solution for refugees will be to return home when conditions allow.

A political solution to the crisis in Syria is long overdue. It would stop the outflow of refugees from Syria and would relieve the strain placed on host communities in neighbouring countries like Turkey, which hosts 2.7 million Syrian refugees and has been a crossroads for those trying to flee the violence.

Of course, most refugees want to go back, safely, to the homeland from which they were torn. This is what humanitarian workers hear every day: the refugees are fully aware that their stay in Lebanon is temporary – just for the time they need to be protected.

In the meantime, Syrian refugees need to survive in exile and those hosting them must be supported, be they Lebanese families aiding Syrians, or the institutions that are providing the much-needed basic services. Humanitarian assistance is never sufficient, stabilisation support is also required. The Supporting Syria and the Region Conference, held in London in February 2016, showed that the international community and host countries in the region are mobilising to tackle the crisis together with additional resources and initiatives. In total $12 billion of new money was pledged through 2020.

Support for Lebanon’s economy and infrastructure would help generate employment for those most in need in impoverished areas, including Syrians in sectors where they have traditionally filled demand and do not compete with Lebanese workers. This would help them meet their basic survival needs and pay their bills. Maintaining their legal residency status in Lebanon is a major concern of refugees. At the moment, over half of Syrian refugees are unable to renew their residency because of the cost and the documents required. They just wish to stay afloat and keep their papers in order.

Beyond immediate survival, resettlement to a third country is one solution, and it is ongoing. Last year, countries doubled the number of places available for Syrian refugees to leave Lebanon. Resettlement is a safety net for the most vulnerable, including those who have survived torture or trauma, female heads of households or people with a serious illness that cannot be treated locally. UNHCR is asking the international community to multiply the number of opportunities for refugees outside the region, including through scholarships, work permits, family reunifications and other temporary humanitarian admission schemes.

Everyone – not least the refugees themselves – agrees that the main solution for refugees will be to return home when conditions allow. And the refugees will be eager to take that path once it is safe to do so. Over the decades, UNHCR has helped more than 40 million refugees return home. UNHCR support goes beyond assisting refugees in exile; the ultimate goal is always to find solutions. Peace in Syria will trigger substantial assistance programmes from UNHCR and other aid actors to help refugees go back to Syria and facilitate their reintegration at home for several years after their return.

Mireille Girard is United Nations High Commissioner for Refugees Representative in Lebanon. She tweets at @UNHCRMireille. 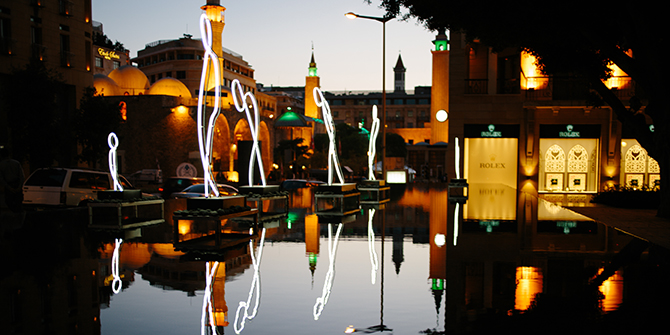 Bad Behavior has blocked 1678 access attempts in the last 7 days.