There are around 250,000 Syrian refugees in the Kurdistan Region of Iraq (KRI), who constitute 98 percent of all Syrian refugees in Iraq. This is in addition to the 1.5 million internally displaced persons (IDPs) in the Region. Together, they account for 28 percent of the increase in the population of the Region. This represents a far higher proportional inflow than other receiving countries, and implies a dramatic change in the composition of the population and the very fabric of society, bringing with it tremendous challenges of integration. This is particularly due to the fact that IDPs come from different religious and ethnic backgrounds – Christians, Yezidis, Sunni Arabs and Kurds. Integrating such diverse groups is extremely challenging.

Before making their way to safety, Syrian refugee and IDP women and girls have been subjected to gross human rights abuses including abductions, trafficking, torture, forced marriage and other forms of sexual and gender-based violence, which have led to serious psychological distress.

Since more than 75 percent of refugees and IDPs are women and children, it has rendered women responsible to provide for and protect their children, further heightening their vulnerability. As might be expected, the economic and social impact on the KRI of the influx of so many people in such a short period of time has been tremendous. A recent report by the World Bank concludes that the overall stabilisation cost of the inflow of refugees and IDPs was at least $1.4 billion for 2015.

When the ongoing fiscal crisis brought about by the drop in oil prices and lack of budgetary transfers from Baghdad has added to the refugee and IDP crisis, the report estimates that the drop in the growth rate of the KRI between 2013 and 2014 amounts to 5 percent. Host communities in the Region that have generously opened their homes to the refugees are plunging into poverty. All indications show that the decline was even greater in 2015. The poverty rate increased from 3.5 percent in 2012 to 12.5 percent in 2014.

Given the injection of resources by the Ministry of Natural Resources of the Kurdistan Regional Government (KRG), the provision of basic services to refugees and IDPs has been possible. This and other steps taken by the KRG have ensured that basic humanitarian needs of the refugees and IDPs have – so far – been met. There has been an integration of these groups into the population at large, especially into urban areas: only a third of the refugees and 20 percent of IDPs are still living in the 42 camps set up throughout the KRI. They have equal rights with the host population in these communities with regards to access to clean water, electricity and security. However, the significant demand pressures created by the influx have affected the provision of health, education and social protection programmes to the population in general, as well as the provision of water, waste management and electricity.

While this level of settlement is an illustration of the commitment of the KRG to support refugees and IDPs under highly strained circumstances, further improvement in the wellbeing of the displaced – not to mention helping those still to come – will not be possible without additional resources from the international community and an improvement in economic conditions. The above-mentioned World Bank report notes that: ‘the KRG is not in a position to bear alone the financial costs of the Syrian refugee and IDP influx, including those for the education sector’. The report projects stabilisation costs in 2015 of $846 million for human development (health, education, food security, poverty and shelter) and $536 million for infrastructure (electricity, transport, solid waste management and water), for a total of close to $1.4 billion (these are baseline estimates; the highest estimate is $2.5 billion). More work is needed to consolidate the camps and to ensure their sustainability as a settlement.

In the 2016–2017 Regional Refugee and Resilience Plan (3RP), the UN Refugee Agency (UNHCR) estimates that Iraq requires $298 million for refugee expenditures and resilience in 2016. Given that nearly all Syrian refugees in Iraq are found in the KRI, this is for all intents and purposes the requirement for the KRI.

When these needs are placed against the dire economic situation facing the KRI as a whole, our message is simple …continue reading

Hayder Mustafa Saaid is Director General of Development, Coordination and Cooperation at the Ministry of Planning, Kurdistan Regional Government, Iraq. He tweets at @HayderMustafa1. 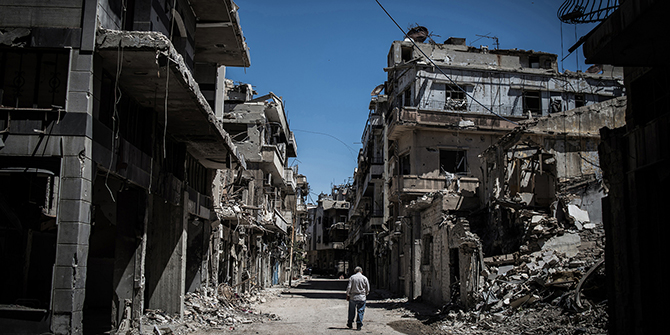 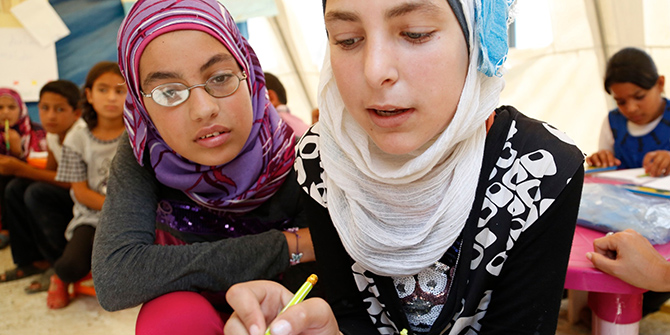