Compared to the vast literature on migrant and refugee integration in Europe and North America, we know relatively little about how host countries in the Middle East and North Africa region (MENA) – and developing countries more broadly – choose to treat refugees: whether to offer access to residency, employment and services, or to treat them with exclusion. Three assumptions embedded within the extant literature on migration to developing countries account for this lack of knowledge.

First, the literature assumes an impermanence of refugees residing in developing host states. Refugees in transit are thought to only be aiming for Western democracies – Europe, North America, or Australia – and any country crossed while en route is assumed to be a place of temporary residence. This viewpoint provides an incomplete picture that misses many of the nuances underpinning the realities of contemporary migration to and through developing countries.

Second, the literature assumes that refugees are warehoused against their will in camps managed by the United Nations Refugee Agency (UNHCR), thus allowing for little interaction with the host population or government. In actuality, the majority of refugees no longer live in camps: more than half of the world’s refugees, and all migrants for that matter, live in urban areas. In the Middle East specifically, the vast majority of refugees reside outside of camps in either urban or rural areas where they are likely to have a great deal of interaction with host country nationals and host state authorities.

The final misconception is a mischaracterisation of host states themselves as low-capacity, meaning that states are not capable of engaging with or providing services to refugees. As stated by Betts, ‘with relatively porous borders, limited capacity to deport, and a clearly defined legal obligation not to forcibly return refugees to their countries of origin if they face persecution, these neighbouring states have little choice but to host refugees.’ In other words, developing states do not have the capacity to prevent migration, and thus must accept their role as temporary host countries. In a similar vein, Hollifield states that ‘in Africa and the Middle East, which have high numbers of migrants and refugees, there is a great deal of instability, and states are fluid with little institutional or legal capacity for dealing with international migration.’

State capacity does not, in and of itself, determine host state responses to refugees; rather, states make strategic calculations based on incentives involved about when and how to engage refugee populations. Through an examination of the refugee-hosting situations in Turkey, Egypt and Morocco, I propose a reconceptualisation of host state responsibility and its relationship with host state capacity…continue reading

Kelsey Norman is a PhD candidate in the Department of Political Science at the University of California, Irvine. She tweets at @kelseypnorman. 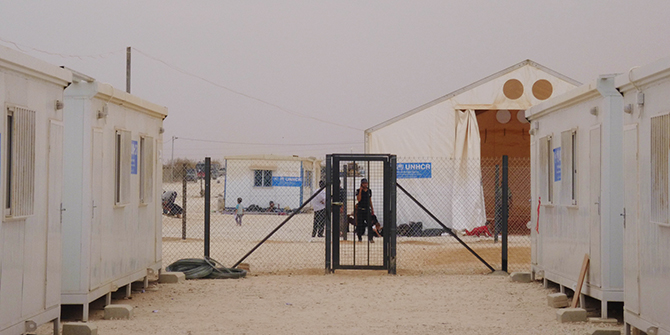