Murdoch: The End of the Affair?

Murdoch: The End of the Affair?

By Des Freedman, Department of Media and Communications, Goldsmiths, University of London

Rupert Murdoch’s decision to shut down the News of the World, the UK’s top-selling newspaper, is extraordinary – not because the closure of a national title is a rare event and not because it signals the admission of liability on the part of the parent company to criminal behaviour. It is extraordinary because hundreds of News International staff are likely to pay the price for the unravelling phone hacking scandal while corporate executives, most notably Rebekah Brooks and James Murdoch who apparently spent a matter of minutes in the newsroom announcing the closure, will now try to wash their hands of the whole affair. These are precisely the people who presided over the newsrooms and boardrooms and who were happy to see both circulation and profits increase.

This is a business decision. Murdoch is desperate to push through News Corp’s proposed purchase of the 61 per cent of BSkyB that it does not already own and figures that the shutting down of the now universally hated NOTW is a gamble worth taking. He knows that the real money lies not in newspapers (which make up some 13 % of News Corp’s global revenues) but in broadcasting where Sky is set to make over ₤1 billion of annual profits in the UK alone. Murdoch is determined to take full control of Sky, already the biggest broadcaster in the UK, and roll out this model across the rest of the world. Of course that doesn’t mean he will abandon newspapers and there is no reason why Murdoch shouldn’t turn the Sun into a seven day a week operation as more and more newspaper groups are doing. Strange that the domain name for ‘TheSunOnSunday.com’ was reserved a couple of days ago. (Of course, staff at the Sun, some of whom walked out on strike in support of colleagues at the NOTW, may have something to say about this.)

The closure is therefore an attempt at damage limitation that does nothing to tackle the real issues at the heart of the phone hacking scandal: the complicity between press proprietors and editors, the police and senior politicians. The closure of the NOTW will in no way deal with the corruption and criminal practices—the full scale of which is yet to be discovered—that lies at the heart of power in the UK.

Some apologists may say that News Corp’s statement demonstrates a genuine attempt to show remorse; others may say that we should not taint the whole of the British press with the behaviour of a few. But the outrageous practices—of paying police for information and hacking into the phones of murder victims, bereaved soldiers’ families and who knows who else—is not confined to one title but is symbolic of a commercial news culture that has chased profitability at the expense of credibility.

What should we do now? We should demand that the public inquiry into the phone hacking scandal is carried out as soon as possible – while it is in the public eye and before the issue is sidelined by the many people and institutions who may well have a lot to hide. We should demand that it has the power to force people like Rebekah Brooks and Rupert Murdoch to testify, something that happens all too rarely. We should demand that the inquiry has teeth: that those in the Metropolitan Police who took money from reporters and those who buried the phone hacking investigation for so long are, if found guilty, named, shamed and sacked. The problem is that such an inquiry is likely to be confined to narrow issues of what a single title did or did not do as well as the behaviour of individual (probably) low-ranking police officers. Instead, we need a full and public investigation into what has gone wrong with our news media: a media commission that nails the idea that a market model is the only viable option and that is open not simply to ‘experts’, industry interests and civil servants (as the forthcoming communications review is likely to do) but ordinary people who have a right to access (and produce) news that tells them what they need to know in their lives.

We should also demand that the Culture Secretary comes out from behind the narrow legal arguments he is clinging to and declares that the takeover of BSkyB by News Corporation is not in the public interest. The idea that News Corp is ‘fit for purpose’ has been discredited by recent events: it already controls too much of the British media and the idea that it should be able to expand its interests should be fiercely resisted.

But we also have to take the time now to ask what kind of media system we want and to focus on building alternatives to a commercial media environment which has, for years, been deregulated and pandered to by politicians eager for sympathetic coverage. Both New Labour and Conservatives have courted the Murdochs for so long that the sight of Alastair Campbell on Newsnight earlier this week suddenly playing down the power of the press was outrageous though not completely surprising. Now is the time to demand not just that we ‘clean up’ the media but to make the argument that a genuinely free media is incompatible with one which exists to serve shareholders more than the public. If political power can be opposed and economic power challenged, then why can’t media power be contested as well? 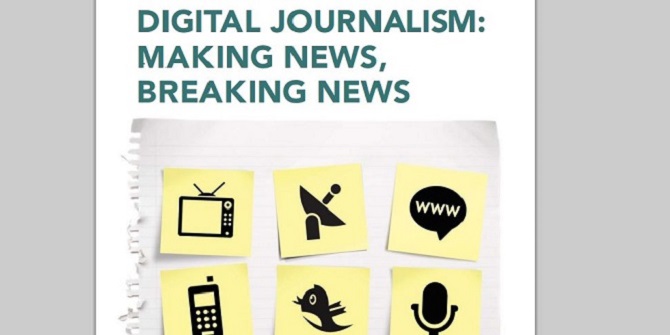