What does “public interest” mean for whistleblowers?

What does “public interest” mean for whistleblowers?

Holding public institutions to account often depends on those inside that witness wrongdoing “blowing the whistle” or journalists being able get information from those insiders. Since the Leveson Inquiry we have heard complaints from journalists that public institutions are clamping down on communication with the press, especially the police. But mechanisms for regulating and restricting an individual’s communication with journalists have been around since before the Inquiry – contained within employment contracts, settlement agreement and others. During a Gags, Blags, and Whistleblowers session at the 2013 Polis Journalism Conference, panellists discussed the potential chilling effects of these mechanisms, particularly in the post-Leveson environment. There seemed to be a consensus that the public interest is often served by enabling insiders to give information to the press. The problem for whistleblowers and journalists, however, is understanding precisely when that public interest arises. What does “public interest” actually mean?

Barry Fitzpatrick, Deputy General Secretary of the National Union of Journalists, expressed concern about the trend towards increased penalization for payments made to sources.  He offered the example of the parliamentary expenses scandal, which involved the revelation that various MPs had misused their parliamentary allowances for private benefit. That information was leaked to the Daily Telegraph only after a payment was made. Fitzpatrick argued that it may be in the public interest to report confidential information even though compensation is given, that it therefore should not always be penalized.

Perhaps in response to this financial incentive to report to the press, employers are tightening the noose. Andrew Bousfield of Private Eye explained that employers are routinely calling in their lawyers to add confidentiality clauses into employment contracts, which would prevent employees from leaking information to the press. Moreover, these clauses appear to be most common in workplaces with a higher reputation for substandard practices an din clude NHS trusts, municipal council and other public institutions. Bousfield posited that these clauses could actually be legally invalid if reporting out is in the public interest, but employees have very little guidance about when an issue rises to that level.

Given such a lack of clarity about what constitutes “public interest,” audience members questioned why Lord Leveson, during his inquiry into press practices, did not fully address the need for a well-defined public interest defence. Gavin Millar QC explained that Leveson received testimony and documentation about whether to recommend a public interest defence, but declined to make any conclusions on the matter.

Of course, it is arguable that a codified public interest defence is unnecessary. According to our own Andrew Scott, Leveson’s position appeared to be that he found it inconceivable that authorities would prosecute journalists or whistleblowers if reporting out would be in the public’s benefit. Still, this does little to enlighten those involved about the precise contours of the meaning of “public interest.” Without some sort of guidelines, either written in law or even developed after prosecutions, journalists are left in a state of uncertainty. Furthermore, the contractual and cultural barriers to reporting out could deter individuals from coming forth to reveal acts of misconduct.

Is there a need for some kind of body that can set down guidelines on or provide advice on the public interest?  Is the notion of “public interest” simpler than some experts suggest, or should the law seek to clarify its nuances? Post your thoughts in the comments below.

Leveson Round Up: Dealing with the big questions? 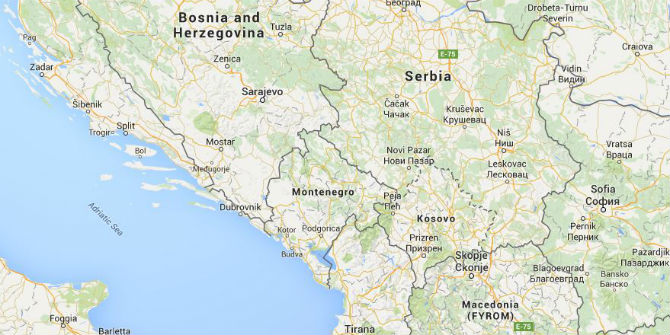