Mariana Mazzucato is a Professor in the Economics of Innovation at the Science Policy Research Unit (SPRU) of the University of Sussex, and recently became a member of Labour leader Jeremy Corbyn’s new economic advisory committee. Here she tackles accusations that the BBC is ‘crowding out’ the broadcasting market in the UK, and offers suggestions as to how to assess the BBC’s potential to create new market landscapes.

At the heart of the government’s green paper on the future of the BBC is an implicit accusation that the broadcaster is ‘crowding out’ the market through the scale and quality of its services. The BBC is accused of (potentially) ‘stealing’ audience from private broadcasters, diminishing potential income from advertising (or subscription) and, consequently, private investments. If the BBC is to be blamed for ‘crowding out’ private broadcasters, it is necessary to prove that the private broadcasters would engage in the part of the broadcasting landscape that the BBC has dared to occupy. Recent research shows this perspective to be flawed. In short, there is a finite pool of advertising pounds available within the UK and were the BBC not to exist, this limited pool would not and could not increase to fill the void.

Furthermore, this defence does not account for the fact that businesses are often risk-averse and unwilling (or unable) to transform existing landscapes, or indeed create new ones. For example, in 2012, BBC TV invested 56 pence of every pound of revenue in first-run UK content. The equivalent figures were 44 pence for the commercial public service broadcasters (based on total PSB revenues) and a meagre 7 pence for the rest of the commercial sector. Yet if the BBC is to robustly defend itself from the charge of crowding out, it needs not only strong counterfactual evidence such as the example above, but also a framework to more accurately assess its contribution to industry and society within the UK and abroad.

The ‘crowding out’ argument is an ideological position in which public services in general, and the BBC in particular, are a means of last resort. Their role is not to compete but rather to address market failures. But the use of market failure theory here is misplaced and what is more, it seeks to deliberately misconstrue the BBC’s leadership role in the UK’s incredibly vibrant culture industry. The assumption is that there is an existing market, and if the BBC takes a larger chunk of it, there is less left for the private sector, and this leads to criticisms that active public organizations like the BBC not only crowd out but also stifle innovation. In fact, as I have emphasized in my book on The Entrepreneurial State, the public sector not only ‘de-risks’ the private sector by sharing its risk, it often ‘leads the way’‒ courageously taking on risk that the private sector fears. Thus rather than analysing public sector investment via the need to correct ‘market failures’  it is necessary to build a theory of how the public sector shapes and creates markets—as it has done in the history of the IT revolution. Indeed, the BBC is a perfect example of an organization that by remaining ahead of the game, investing in its own competencies and capabilities, has been able to steer, shape and create new market landscapes and indeed opportunities for both public and private actors.

(1) SETTING DIRECTIONS. First we need to understand how the BBC can be assessed in terms of setting the direction of change and innovation in the broadcasting industry; that is, shaping and creating markets rather than just fixing them. We call this directionality, and it starts with understanding the public policy underpinning the BBC, namely its charter.

(2) BUILDING A LEARNING ORGANISATION. How should the BBC be structured as an organisation, so it accommodates risk taking and the explorative capacity and capabilities needed to manage contemporary challenges in a rapidly changing media landscape? This is about assessing which capabilities and structures are necessary to increase the chances that the BBC will be effective at learning and growing symbiotic partnerships with the private sector, as well as at implementing its mission.

(3) PORTFOLIOS. Some failure is an integral part of the innovation process. The BBC, backed by its decades-long Reithian mission to inform, educate and entertain, is well-primed for longer-term development cycles. From the BBC Micro project which taught a generation of school children to code, to Stagebox, via iPlayer and Ingex recording hardware, BBC innovation has demonstrated an ability to not only contribute to its own bottom line, but to the skills and capabilities of the industry and society. But innovation requires risk taking and this means occasional failure. Rather than obsessing about failures and the effect on the bottom line, more attention is needed on how to structure the portfolio of investments across the risk landscape, learn from failures, and enable some greater capture of value from the upside so that downside risks can be covered, and the next round of investments better secured.

(4) NEW METRICS. It is important to use proper metrics , not ideology, to evaluate the BBC. The challenge and opportunity this presents is to consider what type of metrics might be used to describe this landscape and the BBC’s activities within it, not in terms of ‘fixing’ market failures, but in terms of shaping and creating markets. This requires finding a way to capture the ‘social value’ created that goes beyond the narrow economics concept of a ‘public good’, which would see the BBC focusing only on programmes that tend to attract those who are already have access to most of society’s ‘cultural capital’. Here lies an opportunity for the BBC and its defenders to transform static metrics of cost benefit analysis into dynamic ones which can illustrate the quality and distinctiveness of the BBC’s content, innovation (including spillovers) and contribution to its audience and society—regardless of whether the programme in question is a soap opera or a documentary on climate change.

If we are to take seriously the task of evaluating the BBC’s total market creation contribution, there is no single metric that can distinguish the public value of the BBC’s Happy Valley from ITV’s Broadchurch. This must account for broadcast metrics and measures of innovation (format and technology), as well as the capabilities, capacity for learning and the network of links between the BBC and the hundreds of small and large private firms it works with throughout the broadcast and production sectors. Indeed, if the BBC is allowed to continue challenging the status quo, pushing market frontiers and attentive to providing a universal service to all British citizens, it can create a more dynamic and competitive environment for all. In sum, there is a need to build a more symbiotic landscape, with less fear of crowding out and more courage to shape and build new markets, which ultimately benefit citizens as well as businesses able to absorb the spillovers. The BBC, as a UK and global leader of content and innovation, is ideally located to foster such dynamism.

Mariana Mazzucato (SPRU, University of Sussex) acknowledges excellent research assistance for this piece from Cian O’Donovan, PhD student, Science Policy Research Centre, University of Sussex. This post gives the views of the author, and does not represent the position of the LSE Media Policy Project blog, nor of the London School of Economics and Political Science. 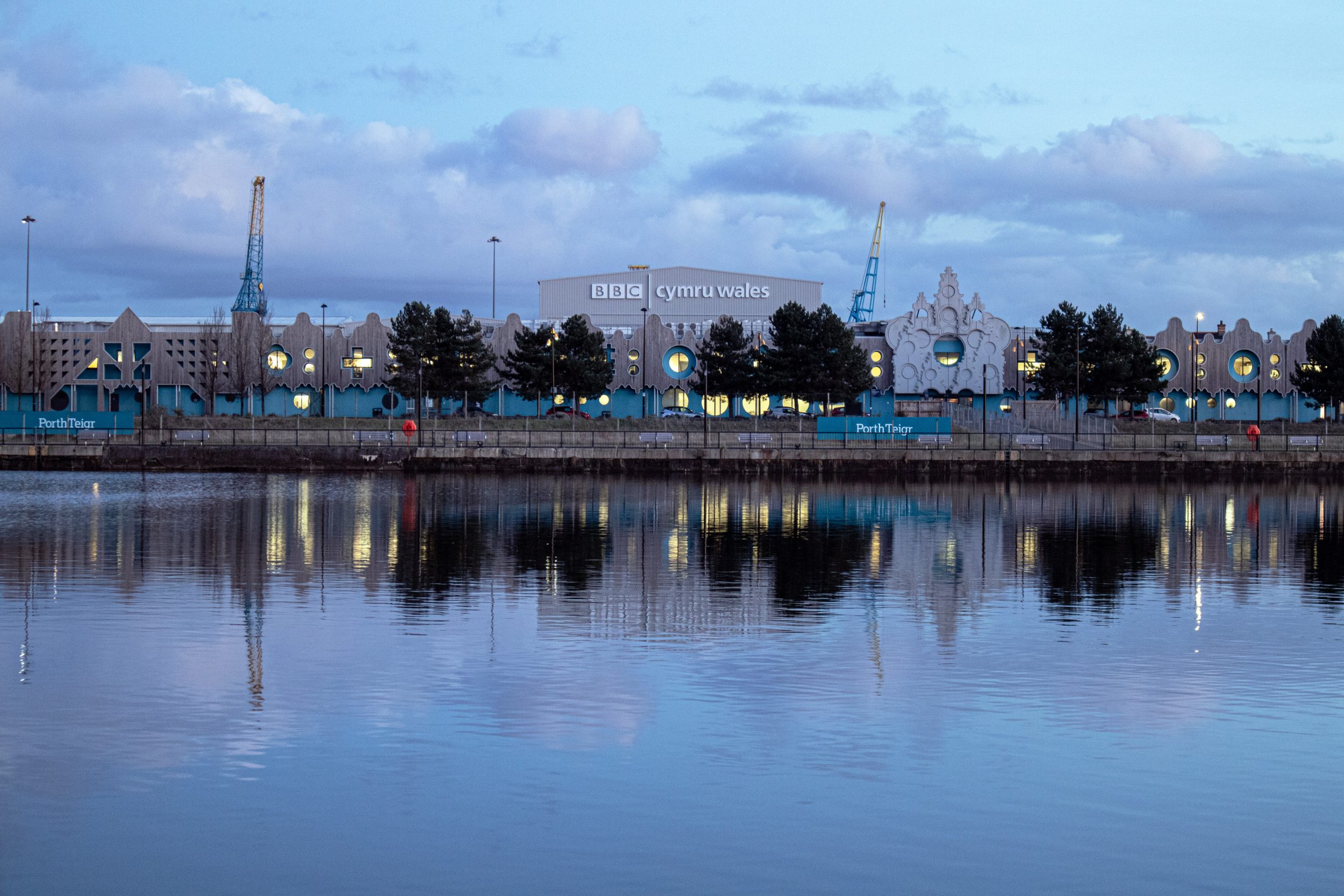 Funding Reform: First Agree What the BBC is for