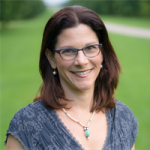 LSE Professor Shani Orgad argues that in a world where an ‘overwork’ and always-on culture is consistently glorified in the media that surrounds us, we are left unable to imagine what an alternative might look like.

During last week’s televised debate between the leaders of the UK’s two main political parties, when Jeremy Corbyn presented the Labour Party’s plan to institute a four-day working week within the next ten years, the audience burst into laughter. Corbyn then attempted to explain that a shorter working week “is probably a good thing” for the health and wellbeing of everyone living in Britain. But this seems to have only exacerbated the sneers.

The laughter of the audience in the studio, and probably of many of the viewers at home (or at work!), reveals something rather serious: that our current always-on overwork culture has become the ‘new normal’. Alternatives to this reality seem unimaginable, ludicrous and even laughable.

There is mounting evidence showing that the always-on overwork culture, accelerated by smartphone use, has become entrenched, while the number of people negatively affected by the stress of the workplace is on the rise, with women, and mothers in particular, reporting higher levels of stress than men. A new large-scale study of professional and managerial workers in well-established and well-respected U.S firms documents how the overload culture causes chronic stress, leading to burnout, attrition, decreasing job satisfaction and underperformance. This is no longer true only in what used to be called the ‘greedy professions’, such as finance, law and consulting, but rather is now commonplace across all sectors.

For my new book, Heading Home, Motherhood, Work, and the Failed Promise of Equality, I interviewed educated women who had had professional careers but who had quit their jobs after having children. A major factor that pushed these women out of the workforce was the toxic overwork cultures of their and their partners’ workplaces, which were damaging not only to their own health and wellbeing, but to that of their families as well. It was not uncommon for the partners of many of the women I interviewed, who worked in high-income and extremely demanding jobs, not to see their children awake during the week; they left home early and returned after the children were already in bed. One woman observed sarcastically, but with notable pain, that her husband “spends more time sleeping in the house than he spends actually awake in it!”

Yet despite the indisputable evidence of the dire personal and social consequences of our overwork culture, when it comes to envisioning alternatives, there is a striking poverty of imagination. Examples of alternative working structures and cultures are emerging, but most of them are in their infancy, are small-scale, and the evidence of their impact is limited, although promising overall.

Crucially, our popular imagination is deprived of concrete and compelling visions that challenge the notion that overwork is the only viable option. Some of the most imaginative and subversive contemporary television shows and films continue to glorify, even if unwittingly, the always-on culture. We can readily recall images of the sleep-deprived over-caffeinated senior detective or lawyer who stays in the office late at night to solve a case or who works on her laptop in the middle of the night while her family is asleep; or the boss who orders his or her employees to work around the clock in order to make a breakthrough in a high-stake investigation.

The price borne by individuals is sometimes alluded to, for example, the sacrifice professionals make by not seeing enough of their young children, as in Detective Karen Duvall (played by Merritt Wever) in Netflix’s Unbelievable or the successful lawyer Alicia Florrick in CBS’s popular show The Good Wife. But this sacrifice is ultimately shown to be justified; the professional who is dedicated almost exclusively to her or his noble work is a hero. The toxic work structures in which these amazing professionals operate are rarely questioned.

Dystopian narratives seem to flourish on popular television and in films: The Handmaid’s Tale, Black Mirror, Years and Years, Mute, The Humanity Bureau – to mention just a few. Yet when it comes to utopian narratives, there seems to be a glaring vacuum. When was the last time you saw a show or film depicting people working shorter hours in humane working environment, while enjoying affordable quality childcare?

Imagination, the French philosopher Cornelius Castoriadis argues, is the capacity to see in something what it is not. As such, it is oriented toward the future, toward the tentative. Crucially, the exploration of the tentative, seeing in a thing something other than it is, isn’t just about escape. It is through imagination that new designs and alternative scenarios for social life emerge. Popular representations – on television, social media, in film, fiction and maybe even advertising – can play an important role in helping us imagine what more humane, just and pleasurable work structures could look like. After all, the social and personal consequences of work are no laughing matter.