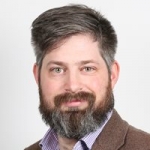 As the UK gears up for a general election next month, LSE associate professor Nick Anstead calls for better ways to organise televised pre-election debates between leaders of political parties.

In what has now become an early election campaign ritual, we are now witnessing the unedifying spectacle of political parties and broadcasters haggling over the format of the televised election debates.

ITV got a head start in this process when it announced that it had secured the agreement of Conservative leader Boris Johnson and Labour leader Jeremy Corbyn to appear in a two-way debate, set to be broadcast on 19 November. At the same time, ITV also announced – although were fairly hazy about the details – interviews with the leaders of smaller parties on the evening of the main debate programme, plus plans to schedule another multiparty debate later in the campaign. Significantly, however, they did not suggest a date for this broadcast, nor state that they had secured agreement from Johnson and Corbyn to participate in the second programme.

Things have changed significantly since 2010, when the UK had its first ever election debates, three broadcasts featuring the then leaders of Labour, the Conservatives and the Liberal Democrats. At the time, this format seemed appropriate for the UK’s party system. However, since then, the success of the Scottish National Party in terms of winning seats in Westminster, and UKIP in terms of national vote share, has made debate inclusion a considerably more complex question.

Additionally, the way broadcasters are negotiating debates seems to have changed. In 2010, the programmes were the product of broadcasters acting as a consortium. This is why each organisation (the BBC, ITV and Sky) got to lead on one of the three programmes. Now there appears to be far greater competition between broadcasters, with them each negotiating independently. Indeed, Sky admitted as much when it pitched for a three-way debate – their original plan had been for a two-way debate between Johnson and Corbyn, but since ITV had got agreement for this format first, Sky modified their proposal. Competition among broadcasters of this kind is a real problem, as it means politicians (particularly those from the larger parties) can play them off against each other.

What is the argument for and against different debate formats? The defence of the ITV format is that following the election, Boris Johnson or Jeremy Corbyn will end up being Prime Minister. This isn’t actually technically true, although recent historical precedent suggests it is likely (you have to go back to the 1930s to find a Prime Minister who was not from one of the largest parties).

There are two major problems with the debate format being proposed by ITV, one specific and one more general. The specific problem is that they fail to reflect the choice facing much of the electorate. This is most obvious in Scotland and Wales, but also applies in constituencies where the Liberal Democrats are either incumbents or the main challengers.

The more general problem is the rules for inclusion are non-transparent and largely seem to be created on an ad hoc basis to suit the needs of politicians and broadcasters in any given election contest. Put differently, any debate organiser should be able to clearly state what criteria a hypothetical leader would need to meet to guarantee inclusion. So, for example, what number in the polls would the Liberal Democrats need to get to for Swinson to become a viable candidate for the Premiership and receive an invite to join the 19 November debate?

The UK should be looking overseas for better ways to organise election debates. The problem is, when we do look at examples from other countries, we tend to look at the wrong countries. Arguably, the desire for a two-way debate is born of Kennedy-Nixon fetish among much of the UK’s political and journalistic class, and the disproportionate attention paid to US politics.

In contrast, Canada is a Westminster-style Parliamentary democracy with a multi-party system including strong regional parties, which has held election debates since 1968. As such, it provides a much better example for the UK to follow. Historically, Canadian debates have always erred on the side of inclusion, featuring both the New Democratic Party (traditionally the third party in Canadian politics) and the Bloc Québécois. Canada has also long had clearly defined rules for inclusion, with a set of tests for parties to meet to receive an invite.

Perhaps the most important lesson the UK could learn from Canada comes from the creation of the Independent Leaders’ Debate Commission in 2018 (prior to this, debates had been organised by a consortium of broadcasters). The Commission organised the two debates in the 2019 election campaign, applying the rules for inclusion, which are laid out in the Order of Council that created it.

For the avoidance of doubt: TV debates are a good innovation, with the potential to enhance the election campaign for voters and help them make informed choices. But this makes it even more important they are not created through shoddy backroom deals between politicians and broadcasters. The proposed ITV debate format is the product of this kind of horse trading. A two-way debate between Johnson and Corbyn is an anachronism, harking back to an age of two-party politics that no longer exists. It fails to reflect the complexity of the current UK party system or the different ideas that make up the contemporary political discourse.

These problems could be resolved by following the Canadian model and establishing an independent debate commission with clear rules for inclusion. If this were to happen, 2019 would likely be the last election where we have to spend quite so much time debating the debates.

This article represents the views of the author and not the position of the LSE Media Policy Project, nor of the London School of Economics and Political Science.

Nick Anstead is an Associate Professor in the Department of Media and Communications at the London School of Economics and Political Science. His archive of research can be accessed at: http://eprints.lse.ac.uk/view/creators/Anstead=3ANick=3A=3A.html including his comparative work on TV debates in Parliamentary democracies. Nick tweets @nickanstead.