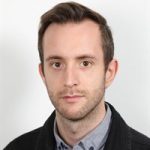 The recent wave of protests taking place in Chile, Hong Kong, Lebanon and other areas of the has raised critical questions about violence in times of demonstrations. In these cases, topics such as the types of injustices that are acknowledged, the actors that are held responsible and the impact of centering the debate on mutual accusations can impact the possibilities of bringing about social change. LSE’s Sebastian Lehuede explores these matters by drawing on a recent panel organised at LSE’s Department of Media and Communications.

Over the last few months, a wave of protests has taken place in different regions of the globe. Thousands, even millions, of citizens have taken to the streets in places like Catalonia, Chile, Haiti, Hong Kong, Iraq and Lebanon to demand greater levels of equality, democracy and sovereignty. In some cases citizens have even risked their lives in light of brutal state violence. Addressing a combination of academic and cathartic aims, a few weeks ago we held a panel at LSE’s Department of Media and Communications where faculty members Omar Al-Ghazzi and Bingchun Meng looked at Lebanon and Hong Kong respectively, and César Jiménez-Martínez from the School of Journalism, Media and Culture at Cardiff University focused on Chile.

This post draws on some of the points raised by panellists in relation to violence, which was one of the most recurrent topics. In this vein, it highlights some of the questions that arose, without seeking to generalise nor limit the potential complexity of the issues discussed. In particular, it reflects on two conclusions that transpired from the event. First, that responses, justifications and accusations of violence are embedded in the same deep power dynamics that motivate people to take to the streets. And second, that both traditional and social media have a key role as they become mediators, not only of the demands of the population but also of the causes of violence and the actors deemed responsible for them. The points I discuss below aim to help better illustrate the ways these dynamics are played out in practice.

One of the first questions that arises in times of massive protests has to do with the different types of violence that are at play in society and the way they can either be made invisible, or acknowledged. Certainly, the most common ways of representing violence are as vandalism allegedly perpetrated by demonstrators, as clashes between police and protestors, or as human rights violations carried out by state actors.

However, as Omar pointed out, usually one of the goals of protestors is to bring to the fore the everyday violence caused by structural social injustice, which is usually not addressed by authorities nor by much of the media. Omar illustrated his point by noting that in Lebanon, those without health insurance have to rely on local leaders in order to secure treatments for themselves or their relatives. He added that social and economic ills such as poverty, lack of health care, pollution, precarious work and unemployment are all forms of state violence against individuals and groups. This type of violence might make the status quo unsustainable for some groups, which explains why they might decide to put their lives at risk and get involved in protests for weeks and even months. 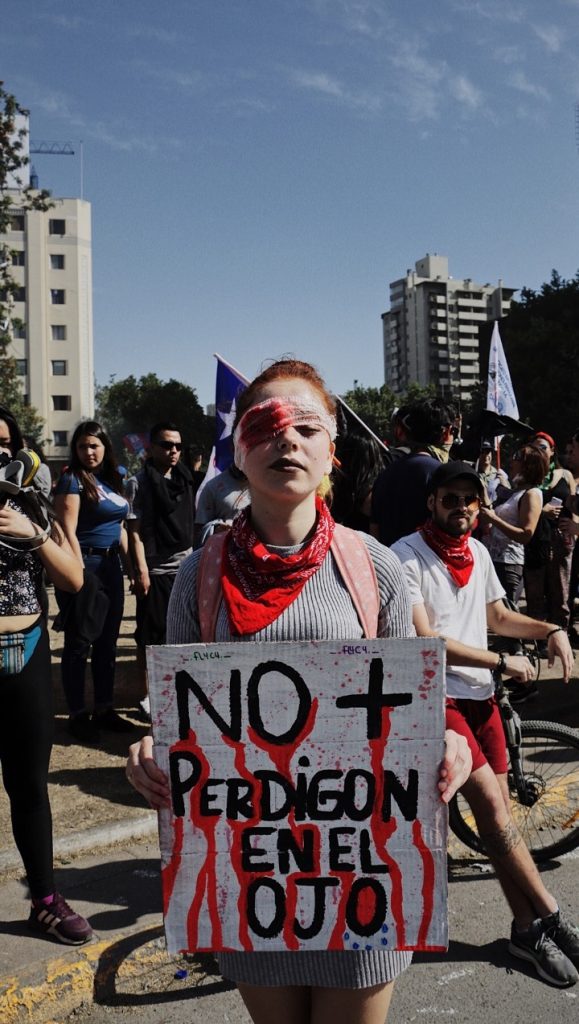 Another topic that usually arises in discussions on violence during protests is the way responsibilities are distributed in order to make a political gain. Bingchun discussed the way this dynamic has played out in the case of Hong Kong, where the Chinese government has tended to exaggerate the role of foreign actors such as the United States. In her view, Chinese authorities and the People’s Daily newspaper have overstated potential foreign intervention in order to discredit the internal support enjoyed by protesters in Hong Kong.

However, this dynamic is not absent in Western media too, who have concentrated their efforts on denouncing the potential involvement of mainland China. This approach was made evident when The Guardian mistakenly employed an archive photo of a soldier wearing uniform and pointing a weapon to a protester to report on an episode in which the Chinese military cleared up the streets of Hong Kong in plain clothes. In Bingchun’s view, these preconceived ways of framing social uprisings draw on a Cold War narrative that is unhelpful when seeking to understand the whole set of complexities and nuances involved.

Just as important is the role of traditional and social media in the way violence is portrayed. César made the interesting point that discussions in the media about violence are necessary, but might also impinge upon the visibility of the demands put forward by protesters. Looking at the case of Chile, César argued that most TV and newspaper coverage during the early weeks tended to follow the ‘protest paradigm’ in which vandalism, destruction and disruption allegedly perpetrated by protesters became the main focus. This approach was very similar to that pushed by the government, which adopted harsh measures from the beginning of the protests, putting in curfews, dispatching military forces to the streets and arguing that the country was “at war”.

However, César also noted that, even though the conversation took a different shape on social media, its effects could also be the same. Instead of focusing on vandalism allegedly perpetrated by protesters, users took over the conversation, sharing videos and pictures denouncing police and military brutality and pointing to the government for their complicit role in human rights violations. Finally, the situation led to what César called a ‘reversed protest paradigm’ in which violence stemming from the government and protesters ended up dominating the agenda. In spite of the understandable need of denouncing violence, he argued that this dynamic could potentially contribute to making the demands of protesters less prominent, with accusations of violence replacing discussions about pensions, salaries and a new Constitution.

At least in the case of Chile, whose context I am familiar with, the way violence is represented and discussed has changed substantially since the protests started more than three months ago. Before this, debates on the situation in other countries—especially Venezuela—tended to be approached in the form of general condemnations of violence regardless of the actors involved. However, the rising levels of violence at home—which have been addressed in a recent report by the UN Human Rights Office— have given way to more profound reflections about proportionality, impunity and media coverage. The discussion has even provided an opportunity to reflect on the situation of Mapuche indigenous groups in the south of the country who face systematic violent attacks from the police.

As the examples discussed here show, discussions and representations of violence during protests relate to the same unequal relations that motivate people to take to the streets in the first place. As Omar pointed out, it is paradoxical that quite often it is these everyday people, who are already subject to economic and political inequality, who are held responsible for the wrongdoings and negligence of those who do have the power to bring about change. Citizens not only have to make sacrifices in order to join month-long protests, but also be willing to risk their health and even their lives in order to advance a more just and equal society.

This article represents the views of the author, and not the position of the Media@LSE blog, nor of the London School of Economics and Political Science. Protest in Chile photo credit: Luis Bahamondes

Dr Sebastián Lehuedé is a Postdoctoral Scholar at the Centre of Governance and Human Rights, and a Technology &amp; Human Rights Fellow at the Carr Center for Human Rights at Harvard University. He holds a PhD in Data, Networks and Society from the Department of Media and Communications at the London School of Economics (LSE). Sebastián was recently granted the 2022 Association of Internet Researchers Best Dissertation Award. 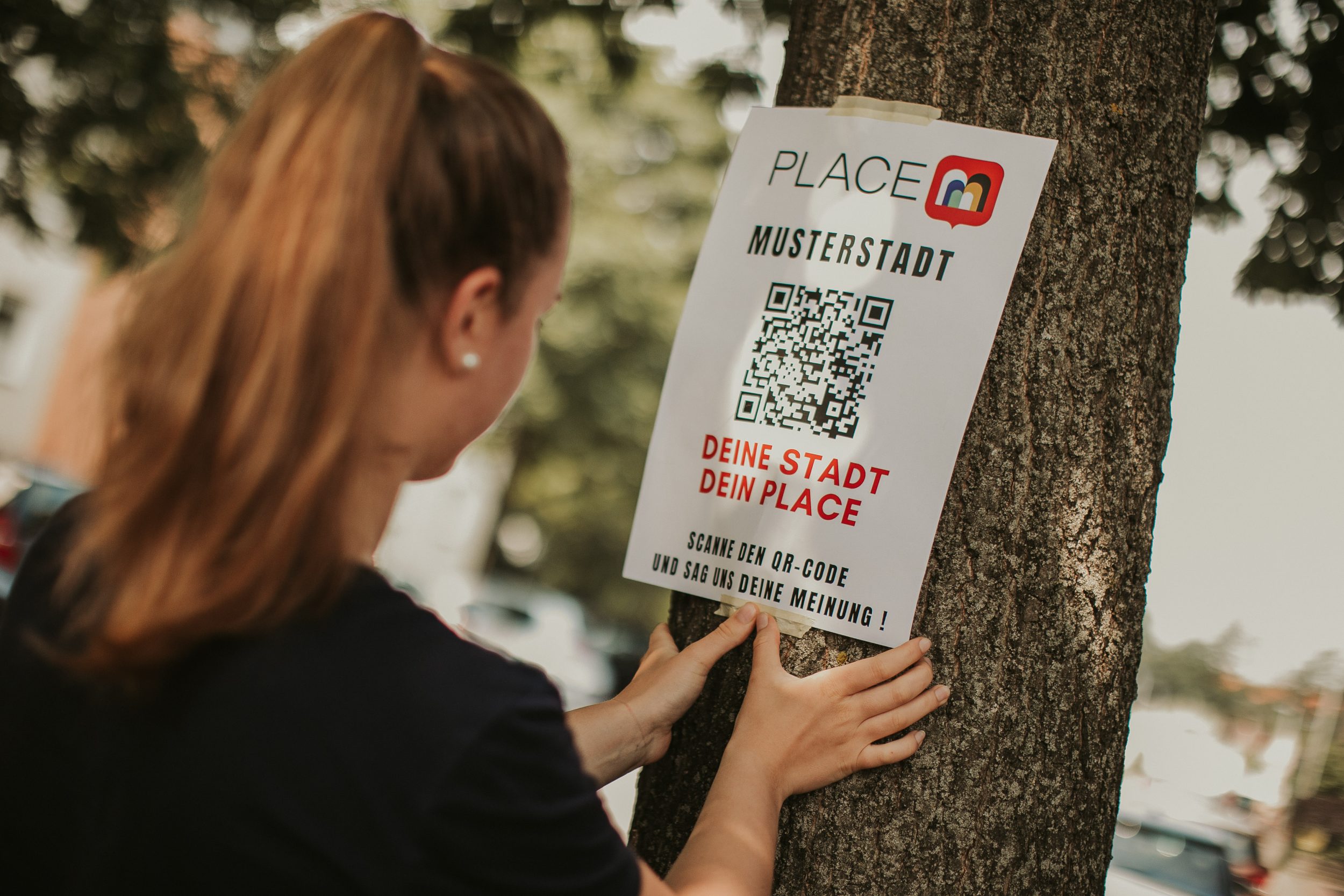