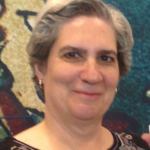 How have issues of internet “access” changed with the arrival of dominant online platforms such as YouTube? How does the experience of social users of YouTube help us understand current challenges in media-based interaction in the contemporary mediated landscape? Anthropologist Patricia G. Lange (California College of the Arts, San Francisco) analyzes findings from her new book Thanks for Watching: An Anthropological Study of Video Sharing on YouTube, which explores the tensions between social media sharing and monetization.

Amid the rise and dominance of large-scale, social media platforms such as YouTube, new concerns about equitable, online participation are emerging. We are now in a “third wave” of discussions about internet access, which are concerned with achieving democratized inclusion online in an intensifying commercialized atmosphere. The first wave of debates concerned guaranteeing widespread physical access to the internet via computers and networks. The second wave went further and emphasized the necessity of achieving media literacies and obtaining access to creating content and participating equitably online. Although these issues have not been satisfactorily addressed on a global scale, we are nevertheless witnessing a third wave of discussions that are concerned with how dominant social media platforms and their monetization of our social lives are impacting a democratized ability to express ourselves through media. My case study of social YouTubers who wished to share their message and interact through video reveals crucial dimensions of these challenges. Discussions in the third wave of internet access encourage careful consideration of the impact of heavily commercialized, infrastructural “platforms” and their role in providing equitable access to content creation, distribution, and interaction.

Notably, research suggests that we are far from achieving universal, physical access and networked connectivity to the internet—concerns that were raised during the first wave of debates about internet access in the late 1990s. Observers argue that the rise of the smart phone has brought us closer to achieving global, physical access. Still, numerous thorny issues remain, including achieving access to robust bandwidth for complex tasks, guaranteeing reliable networked connectivity, and reducing governmental surveillance and censorship.

Ethnographic interviews that I conducted with socially-motivated YouTubers indicated numerous problems with securing basic access to the internet. I interviewed YouTube video makers who wished to socialize through videos rather than earn a living through content creation. Most were from the United States (with a few in Canada and Europe) and often came from households with modest incomes. Interviewees complained about disruptions in networked connectivity services when bills were hard to pay. They agonized over hardware crashes on old machines which could result in the loss of precious video footage and completed videos that required considerable labor to edit. At in-person gatherings, YouTube participants whom I studied were often advanced amateurs who appreciated but could not always afford high-end cameras for recording footage and obtaining high quality images and sound. They spoke of experiencing “camera envy” when others at the gathering sported more expensive and robust devices.

In the early 2000s, before the concerns about physical access were remotely resolved, a concurrent second wave of discussion emerged, which stressed the importance of securing access to creating content and achieving media literacy skills that equalize opportunities for meaningful participation. Concerns emerged over how demographic factors including ethnicity, age, disability, geographical location, income, class, education, and technical ability impacted equitable access to producing content on popular sites. On YouTube, the perceived track record of participation from diverse demographic groups has been mixed. For example, pundits and scholars have identified an “Asian/American YouTube community” and a transgender community on the site. However, YouTube has faced intensive criticism over its lack of racial diversity, which prompted a black YouTube FanFest event that celebrated black YouTubers.

The world is now experiencing a third wave of concerns that are vital to address, even though it will be a long time (if ever) before the first two sets of challenges are fully resolved. The discussions began in earnest in the 2010s when a select few platforms dominated the infrastructure of content creation and sharing online. Large companies such as Facebook, Amazon, Google, and YouTube are calling the shots with regard to how a large proportion of content is being created and distributed.

These companies conceptualize their operations as offering “platforms” for sharing. A central critique is that this term leaves the impression that these infrastructures are “open” and “neutral.” Yet scholars argue that YouTube’s commercial agenda may complicate access for those who do not wish to monetize their work. Corporate entities conduct operations in specific ways that greatly impact what can be created and how (or whether) content can be shared. Platforms have politics that need to be analyzed and evaluated to understand prospects for true digital inclusion. According to the US-based National Digital Inclusion Alliance, achieving true digital inclusion requires eliminating “institutional and structural barriers” that complicate the use of information technologies.

During my ethnographic study of YouTube, socially-oriented participants who were not centrally focused on monetizing their work became frustrated with how the aura of the site changed after the company introduced the partnership program. When certain highly-viewed video makers qualified, they had the opportunity to share revenue from advertisements placed within or alongside their videos. Enabling ad revenue sharing for professionals is a logical move. However, although many content creators greatly benefited from sharing in ad revenue, more socially-motivated participants expressed concerns about the effects of commercialization.

In interviews and in their own videos, YouTubers argued that monetization and algorithmic promotion of particular videos prompted changes in interactivity and content, resulting in the emergence of extreme videos and opinions. They observed obnoxious exhortations by video makers to scream “Rate! Comment! Subscribe!” at the end of videos to solicit views. Content was reportedly temporally padded in vacuous ways (including video makers leaving the camera on while stepping away to use the restroom) to increase advertising revenues, given that longer videos are said to increase viewership—and thus drive up ad revenue. The constant need to satisfy demands of audiences and algorithms even lead to burn-out among creators.

The argument here is not necessarily that monetization is incompatible with sociality, but these YouTubers’ experiences suggest that the internet would benefit from opening up some interactive spaces that enable exchange without constant commercialized and governmental surveillance and appropriation of human interaction and emotion that translates into profit for a select few.

We are arguably at a crucial moment that requires in-depth attention before our current paradigms of content creation, distribution, and interactivity are irrevocably entrenched in ways that preclude envisioning alternatives. Proposed solutions include processes of website decommodification and creating cooperative forms of ownership of internet platforms. One proposal involves implementing a tax on surveillance advertising . Another alternative includes moving toward open source structures for websites—which of course introduces issues in terms of who creates them, how they will be maintained, and what happens when corporations appropriate them for their usage in proprietary ways.

Implementing particular socially-supported designs and features within a platform may be helpful but ultimately may not be enough to guarantee truly neutral spaces of exchange. Drawing inspiration from more environmental internet access approaches, it is arguably the case that we need to dive more deeply into clarifying our long-term internet values as we envision next steps. We need to collectively address what constitutes neutral “platforms” and how they may be conceptualized from the ground up, to create spaces that enable meaningful human exchange and interaction.

Patricia G. Lange is an anthropologist and associate professor of Critical Studies (undergraduate program) and Visual &amp; Critical Studies (graduate program) at California College of the Arts in San Francisco. Her work focuses on technical identity performance and use of video to express the self. Her new book, Thanks For Watching: An Anthropological Study of Video Sharing on YouTube (University Press of Colorado, 2019, https://upcolorado.com/university-press-of-colorado/item/3737-thanks-for-watching), analyzes how YouTubers engaged in attentional reciprocity, formed community, and dealt with YouTube as a site of the posthuman. Her Twitter username is @pglange and her website is: patriciaglange.org.

The Math behind Your “Wall”: Who’s Governing the Algorithms that Shape our Lives?