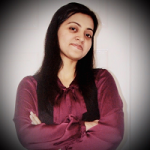 In contemporary India, rape became a talking point in the media and public life following the gang rape of Jyoti Singh, aka. Nirbhaya, in December 2012. Seven years later, the Supreme Court ordered capital punishment for her rapists, bringing what is often described in the media as ‘closure’ to her family and the country. LSE Researcher Ruhi Khan explains why the case that saw the biggest feminist movement in India, now finds most feminists against capital punishment granted to the very perpetrators of the crime.

On 16 December 2012, a young girl travelling with her male friend on a private transport bus in New Delhi after watching a late evening show of Life of Pi was brutally gang-raped and assaulted by a group of young men. Along with her friend, who was beaten unconscious, she was then thrown onto the streets where the bus driver attempted to run the girl over before driving away. She died some days later in a hospital.

This sparked the biggest movement against rape in India, with the case and the impromptu street protests across the nation garnering massive media coverage. What started off as episodic reporting on the gruesome events saw a more thematic discourse with debates and discussion on women rights, safety on streets and amendments to rape laws. Often a controversial statement made by a politician or spiritual guru sparked off huge media debates on morality and freedom of expression. The effect of this was nothing short of spectacular, and a commendable example of a social movement in India’s recent history.

Yet when the four men convicted of Nirbhaya’s gang rape and murder were scheduled to be executed, the outcry that followed came largely from the very feminists in India who were at the forefront of the anti-rape protests in 2012.

Researching rape protests and media framing of rape cases over the last seven years, I find that their reasons, like mine, are hinged on the belief that capital punishment only serves to create a media spectacle and does not remedy the intrinsic issues that women face regarding their safety. Let me elaborate:

‘For centuries the death penalty, often accompanied by barbarous refinements, has been trying to hold crime in check; yet crime persists. Why? Because the instincts that are warring in man are not, as the law claims, constant forces in a state of equilibrium,’ wrote Albert Camus in Reflections on the Guillotine in 1961.

Statistics reveal that in recent years, the number of rape cases have gone up, while the convictions for rape are a dismal figure. The streets are perhaps no safer than before and similar rape incidences are a regular occurrence. By emphasising a form of ‘closure’ with the hanging of a rare few convicts of rape (the last one was 15 years ago), the State has created a media spectacle that glorifies retributive justice, and in its cacophony hides the State’s many structural failures.

This narrative glosses over the everyday real struggle of victims to seek justice as several other alleged rapists are roaming free (on bail) and scores of cases are still pending in courts. With every convict hanged, thousands more are nowhere near punishment. Capital punishment simply does not serve as a deterrent to crime; even as death sentences for sexual crimes are on a rise, so are the incidences of sexual assault.

India hands out capital punishment in cases of the ‘rarest of the rare’ crimes. Putting certain rape cases in this category creates a misguided and completely false narrative that rape is a heinous crime committed by strangers in exceptional circumstances and thus require this exceptional punishment. However data proves otherwise. Over 90% sexual violence offences were committed by people that were familiar to the victim including family members, neighbours, relatives and friends. Capital punishment often proves to be a deterrent for victims to report rape against such known perpetrators.

In the past 20 years, only one person was hanged for rape, the three others went to the gallows for terrorism. On August 2004, security guard Dhananjoy Chatterjee was hanged for the rape of an18 year-old schoolgirl in her apartment in Kolkatta in 1990. Years later it emerged that he may have been innocent. But since Chatterjee was poor and failed to secure good lawyers, he was convicted based on purely circumstantial evidence, a conviction that led to his death.

Nirbhaya’s rapists too come from low socio-economic backgrounds. According to the Death Penalty India Report, 2016: ‘The socio-economic profile of prisoners… begins to demonstrate that these burdens have a disparate impact on vulnerable and marginalised sections of society along the lines of economic status, caste, religion, and levels of educational attainment’. This is not new. Several studies in the US also show that it was mostly the black communities of lower socio-economic backgrounds that were largely put on death row.

‘Trial by media’ might have led the Hyderabad police to shoot in cold blood the alleged rapists of a young professional, before they had even been charged and tried for her rape and murder. While some were aghast at this extra-judicial killing, their voices were drowned by the celebratory cheer of lawmakers, celebrities and a vast section of the public.

In Nirbhaya’s case, the accused were subjected to a media trial before their case even made it to court and ever since. As a 2018 study shows, pre-trial publicity is often biased and sensationalised and can undermine the right to a fair and impartial trial.

No wonder that the Supreme Court bench in Nirbhaya’s case declared that the rape ‘shook the conscience of the nation’. Attaching morals and conscience to the decision to hang the rapist based on the discourse in media makes a mockery of the provision under the Constitution of India that allows prisoners sentenced to death to seek pardon from the President, who is not bound by the judicial determination in the case, and neither is their pardon seen as an alteration of the judicial determination.

But a media trial and endless debates that centre on how the nation can only get closure through hanging of the rapists puts pressure on the authorities to not intervene. The President has already dismissed the mercy petition of three of the four convicts. Only one is now left to put his mercy petition to the President, his last attempt to escape the gallows. The Death Penalty India Report highlights the fears and despair of prisoners seeking mercy as the lack of transparency and procedural irregularities ‘reinforce the fact that the system has failed in ensuring the meaningful realisation of the right to life guaranteed to all citizens alike’. Almost 400 feminists have requested the President of India to commute the death sentence to a life in imprisonment.

India has a long tradition of equating a woman’s worth with her body. A body that is assumed to not just be violated during sexual assault but also to bring humiliation on the victim, her family and her community. Victim blaming and victim shaming are an intrinsic part of any sexual assault that enters public discourse. The anti-rape protests stood against this all. Yet welcomed the Supreme Court’s verdict that feeds into this very notion: ‘The devilish manner in which they played with her identity and dignity is humanly inconceivable’.

These words by the apex court not just make her situation other-worldly (rape is a common heinous crime), but also dehumanise her as a plaything, discounting the patriarchal structures of sexism and misogyny inherent in society in establishing  notions of ‘identity’ and ‘dignity’ thus inadvertently causing more damage to women rights.

The feminists that make the Coalition Against Sexual Violence and the Death Penalty believe that the only way to create a ‘society based on equality and justice, not revenge and retribution’ is through a call to ‘dismantle networks of power and privilege that perpetrate sexual violence’ on women and those of marginalised sexualities and genders. This requires structural changes in mindsets and behavior, not achieved by hanging rapists.

A women activist lawyer Indira Jaising urged Nirbhaya’s mother to not want the death penalty for her daughter’s rapists. ‘We are with you but against death penalty’, she had tweeted. This prompted Bollywood actress Kangana Ranaut to lash out saying: ‘That woman should also be locked in a jail with them [rapists] for four days. How can women actually pity these murderers? These women who feel sympathy and love for such monsters, are the ones who give birth to them!’

While Ranaut is perhaps a new face of popular feminism in India with her array of women-centric films, Jaising has her life’s work to show her relentlessly pursuit to secure better rights and justice for women. She was the first Indian woman elected to the UN’s Committee on the Elimination of Discrimination Against Women, and became the first woman appointed Additional Solicitor-General of the Supreme Court of India in 2009.

The site of feminism is often a contested one. And never has it been more glaringly evident than today in India as women (and others) who once stood together are now on the opposite sides of the fence, each holding onto what they believe constitutes their feminism.

Unfortunately this is a slippery slope where the media spectacle can serve as a catalyst to turn  popular feminism into popular misogyny, thus undermining the very foundations of any women’s movement.