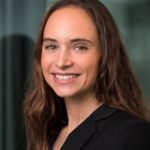 There are widespread concerns about so-called ‘fake news’ and its impact on citizens and democracy. The current crisis caused by the corona pandemic demonstrates how quickly disinformation can spread. Edda Humprecht argues that differing media environments, including levels of political polarisation and economic incentives to produce fake news, create varying levels of susceptibility to disinformation, with the US uniquely vulnerable. Any policy responses to increase resilience to online disinformation need to take these structural differences into account.

As a first step to answering this question, in new research with Frank Esser and Peter Van Aelst, we identified the structural conditions that are theoretically linked to resilience to online disinformation, which relate to different political, media and economic environments. To test these expectations, we then identified quantifiable indicators for these theoretical conditions, which allowed us to measure their significance for 18 Western democracies. A cluster analysis then yielded three country groups: one group with high resilience to online disinformation (including the Northern European countries) and two country groups with low resilience (including Southern European countries and the US).

In polarised political environments, citizens are confronted with different deviating representations of reality and therefore it becomes increasingly difficult for them to distinguish between false and correct information. Thus, societal polarisation is likely to decrease resilience to online disinformation. Moreover, research has shown that both populism and partisan disinformation share a binary Manichaean worldview, comprising anti-elitism, mistrust of expert knowledge and a belief in conspiracy theories. As a consequence of these combined influences, citizens can obtain inaccurate perceptions of reality. Thus, in environments with high levels of populist communication, online users are exposed to more disinformation.

Another condition that has been linked to resilience to online disinformation in previous research is trust in news media. Previous research has shown that in environments in which distrust in news media is higher, people are less likely to be exposed to a variety of sources of political information and to critically evaluate those. In this vein, the level of knowledge that people gain is likely to play an important role when confronted with online disinformation. Research has shown that in countries with wide-reaching public service media, citizens’ knowledge about public affairs is higher compared to countries with marginalised public service media. Therefore, it can be assumed that environments with weak public broadcasting services (PBS) are less resilient to online disinformation.

Societies in which the consumers of news are distributed across a large number of media, some of which are peripheral, offer more entry points for disinformation than societies in which universally recognised news media can unite large audiences in their online and offline offerings, for example because of their high reputation and news performance. Thus, it can be assumed that if the overlap in news consumption is large, users are less likely to be exclusively confronted with false information.

Looking at the economic environment, false social media content is often produced in pursuit of advertising revenue, as was the case with the Macedonian ‘fake news factories’ during the 2016 US presidential election. It is especially appealing for producers to publish this kind of content if the potential readership is large. Thus, large-size advertising markets with a high number of potential users are less resistant to disinformation than smaller-size markets.

Disinformation is particularly prevalent on social media and in countries with very many social media users, it is easier for rumour-spreaders to build partisan follower networks. Moreover, it has been found that a media diet mainly consisting of news from social media limits political learning and leads to less knowledge of public affairs compared to other media source. From this, societies with a high rate of social media users are more vulnerable to online disinformation spreading rapidly than other societies.

Results from a cross-country comparison

To illustrate country differences in relation to this theoretical framework we collected data for 18 Western democracies. Our data sources include the Digital News Report, the Varieties of Democracies Project, data on populist parties from the Timbro Authoritarian Populism Index, the Global Populism Database, data on the strength of public service broadcasting; and World Bank Data on the size of population and number of online users. All indicators have been inverted to meet our theoretical assumptions. This means that we expect negative relationships between all factors and the outcome.

Figure 1: Country values of indicators of resilience to online disinformation

The empirical analysis confirmed our assumption that resilience to disinformation differs systematically – depending on certain conditions that are stronger or less strong in a country. The figure shows that substantial country differences exist with regard to the indices. Northern and Western European countries, such as Finland, Denmark and the Netherlands, received high values on most indices suggesting greater resilience to online disinformation. In contrast, countries such as Spain, Italy, Greece and the US obtained low index values. Thus, these countries have conditions that favour an easier dissemination of and exposure to online disinformation.

In a next step, we ran a cluster analysis which resulted in three clusters: the most resilient media-supportive, more consensual cluster (consisting of Western European democracies and Canada), the polarised cluster (Southern European countries), and the low trust, politicised and fragmented environment of the US. Our results show that the US is particularly susceptible to disinformation campaigns – and its peculiar contextual conditions make it a unique case.

The consequences of technology-driven developments are often prematurely generalised, but our comparative analysis shows that they can have different effects in different countries. Thus, researchers and policy makers should think not only about disinformation as a problem but also about structural factors as a means to counter it.

This article was originally published on Democratic Audit, and is reposted with thanks. It gives the views of the author, and not the position of Democratic Audit, the Media@LSE blog, nor of the London School of Economics and Political Science. It draws on the recent article: Edda Humprecht, Frank Esser, & Peter Van Aelst, ‘Resilience to Online Disinformation: A Framework for Cross-National Comparative Research‘, published in The International Journal of Press/Politics.

Edda Humprecht is a Senior Research and Teaching Associate in the Department of Mass Communication and Media Research at the University of Zurich. In her research, she focuses on the content, use and effects of political communication, in particular, social media and digital media. Currently, she leads a project on online disinformation in comparative perspective.