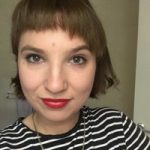 Following the murder of George Floyd by a police officer in the US, much public anger has understandably been directed at police forces. But as we start to ask tough questions about policing, we also need to be asking tough questions about journalism, argues LSE PhD researcher Kat Higgins.

Battling the headwinds of disinformation and denial that blow daily from the White House, Black activists in the US and elsewhere are dragging our public conversations about policing and incarceration forward into more urgent, fundamental territory. As I sit writing this blog, the hashtag #DefundThePolice is trending on Twitter as protestors demand justice for the murder of George Floyd and an end to racist state violence. Armed with smartphones, the Black Lives Matter movement has unleashed a torrent of images and videos of police brutality into our digital public sphere – acts of individual witnessing that are amassing, through the connective affordances of social media, into a damning indictment of criminal justice in the United States and elsewhere.

As abolitionist scholar Alex Vitale recently wrote for Jacobin and The Guardian, the conventional wisdom (among many white people, at least) that police officers exist to neutrally enforce a set of laws that are de facto beneficial to all citizens is buckling under the pressure of this onslaught of citizen testimony. Photographs of armour-clad riot police dolling out beatings to unarmed protesters circulate online alongside images of unshielded healthcare workers trying to care for the sick on the frontline of the coronavirus pandemic. Questions about funding priorities inevitably bubble forth. The two moral pillars that support claims of police legitimacy – safety and justice – are being radically destabilised. But the long-term political gains of this rupture in the public imagination of policing are suspended in the ether, and journalism will have an important role to play in determining how, and in whose hands, they land.

Police officers and their political allies appear to be aware of this. Arrests of journalists have shot up since the protests began, as has the visibility of police hostility towards the media – in one spectacular incident, an entire CNN news crew was arrested on live television while covering the protests in Minnesota. In the three days spanning 28-30 May, the US Press Freedom Tracker registered at least 76 new reports of physical assault against journalists, around 80% of which were alleged to have been committed by police officers. At least 36 of these involved journalists being shot at by police using rubber bullets and other projectiles – one, photojournalist Linda Tirado, was shot in the face and blinded in one eye as a result.

On the surface, this looks as though the Trump administration’s sustained rhetorical and regulatory assault on press freedom is being taken to the streets. But to understand what’s happening now, we need to be asking more fundamental questions about the fraught entanglement of policing and the press. Historically, the relationship between these two institutions has been one of mutual dependency and mutual suspicion. The visibility that journalists afford to policing is both essential (in the reproduction of public consent) and threatening (as a potential force of accountability for wrongdoing), meaning that in the increasingly professionalised world of police ‘image management’ the press are simultaneously a feared watchdog and, crudely put, a valued PR department.

This tense contradiction cuts both ways. As Stuart Hall and his colleagues detailed in their pathbreaking book Policing the Crisis now more than 40 years ago, it is the sensationalism, violence and moral spectacle of crime that underpins its newsworthiness, which is why person-to-person crimes like murder and assault have always been so overrepresented in crime reporting. As the keepers of these stories, police sources are central to the informational economy that sustains crime journalism. Reporters on the crime beat face the difficult task of navigating this reliance while also serving as important scrutineers of police power – and despite the best efforts of many journalists, editorial and commercial pressures conspire to tip the terms of this double-bind in favour of the police institution. News stories about “bad guys” being brought to justice by “good cops” seem to be in endless supply. Stories about the pain and injustice that our reliance on policing has wrought on Black and poor communities? Not so much.

There’s a symbolic dimension to all of this, too. As Sarah J. Jackson has incisively argued in The Atlantic last week, journalistic storytelling has been historically complicit in reproducing the cultural conditions that help sustain police violence against Black communities in the United States and elsewhere. In coverage of the recent protests, the disproportionate capacity for violence that police wield over civilians has been cloaked in euphemism and passivity, so that, for example, a beating by baton-wielding police officers instead becomes a ‘scuffle’ between police and protesters. Meanwhile, Jackson writes, the disproportionate focus on property damage (all too often labelled ‘violence’) and the use of framing terms like ‘mayhem’ and ‘chaos’ serve to delegitimise the anger and grief of Black communities by obscuring the social, economic and political conditions from which it has emerged.

But when we encounter police in news stories, it is more often in coverage of crime than in coverage of political uprisings. As we keep a watchful eye on how the press is shaping the narrative of these protests and actively contributing to their political legacy, we need to also be asking tough questions about the role that crime journalism has played in getting us here. Crime stories, as told by the news media, are instruments of moral education that operate through the cultural reproduction of criminality – more specifically, through the opposing constructs of ‘the criminal’ and the ‘non-criminal’, the ‘good’ and the ‘bad’, the self and the Other. These binary oppositions form the narrative backbone of most crime journalism, and so it’s little wonder that crime reporters, when confronted with incidents of police violence or misconduct on their beat, tend to use this scaffolding to build their narratives.

The result is that, perversely, it is the language and logic of criminality that tends to structure journalistic accounts of police harm – a good cop/bad cop binary that manifests stories about ‘dirty cops’ and ‘bad apples’ rather than deeper interrogations of police power and its consequences. As has been rigorously demonstrated through the work of thinkers like Michelle Alexander and Ruth Wilson Gilmore, the violence of policing and incarceration runs far wider, deeper and further back than the individual incidents of brutality that have saturated our screens. These are systemic forms of violence that will require radical systemic interventions – a rebuilding of what counts as justice in our society from the ground up. However, if our mediated public outrage about police violence is to become a sustained and resilient refusal of policing as violence, then journalism is going to need to find new ways to tell these stories beyond the paradigm of individual responsibility and individual failure. #DefundThePolice may still be trending on Twitter, but whether this is fantasy or prophecy remains to be seen.

Kat is a PhD candidate in the Department of Media and Communications at the London School of Economics and Political Science. Her work has been published in academic journals including Feminist Media Studies, Journalism, and Television and New Media, as well as public-facing platforms like Progressive International.

Case closed? Putting the media, police and justice under the spotlight