Will regulation clip the wings of the amateur drone user?

Will regulation clip the wings of the amateur drone user? 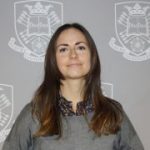 There is widespread proliferation in the sales of drones to the public and concerns regarding surveillance by civilians using drones. In this blog post, Dr. Elisa Serafinelli, research fellow at the University of Sheffield, argues that while bringing in regulation on the usage of drones answers some safety concerns and would help to prevent some breaches of privacy, there are serious concerns among amateur drone users that this could ‘kill the hobby’ and stifle their creative outlet.

Drones are taking off everywhere. Sales of drones are growing at a phenomenal rate, and a large part of this demand is driven by the amateur consumer market. A number of high-profile cases demonstrate that there are serious concerns around safety and regulation. How can we balance the need for such regulation with consumer enjoyment and experience?

In December 2018 runways at Gatwick airport were closed for 33 hours and about 1,000 flights had to be cancelled or delayed. The culprit was a drone reported to be in proximity of the landing strip.

This incident prompted a huge response, with authorities now developing a mobile drone protection system to mitigate future incidents. There has been a substantial police inquiry, and the department store John Lewis vowed to stop selling drones over the incident. At the same time, commercial uses of drones by companies such as Amazon are becoming more widespread, and work on developing regulations is being directed towards such commercial use.

This raises a number of interesting questions: Should the public be allowed to fly drones? Should a license be required? How should drone use be regulated? What constitutes good practices in using a drone?

What is completely absent from such discussions so far, however, is the viewpoint of these amateur users themselves, who now comprise a massive and emerging market. I interviewed a number of these users and explored their thoughts and concerns about the future of drone usage in society. Here are some of my findings:

The case for drone usage: Amateur users are overwhelmingly attracted to drones due to being able to experience the sensation of flying combined with the ability to view the world from above – which has never been accessible until now. A recent survey reported that most users are interested in videography (77.4%) and photography (74.5%). There’s no doubt that the bird’s-eye views that drones can capture are impressive (the images below were shot by some of the amateur drone users who participated in my research.)

In a sense, drones are enabling a new type of photography, allowing people to capture perspectives that cannot be taken with traditional methods and revealing the world from angles never seen before.

One example is the Uffington White Horse that Iain captured, which is around 3,000 years old. Although views of the prehistoric animal can be seen from across the vale or around local villages, the best view of the figure can be taken only from the air. Before the arrival of drones, the view of that hill figure was observable only from images taken and shared by professionals.

In addition, the image of a small water hole on a frozen field shows animal tracks leading to the shore. Even though everything is frozen and “dead”, this perspective shows that there is still life around it. With drones these experiences become personal as people are able to capture such visuals themselves.

In another example, a photograph that another user took at first sight seems to show a tall tree on a green field, but in reality, it is the top-down view of a small island with a tree on top and a man-made bridge.

These images, and many others (examples of which can be seen on platforms such as Dronestagr.am), show how drones are giving a new perspective on the world, offering beautiful images that in some cases challenge our visual perception. Mountains, for instance, can resemble a network of veins and arteries. The case is therefore clear that blanket bans on drone usage would limit a new creative visual understanding.

Besides this new photography, amateurs are attracted to drones for other reasons. Drones enable people to have a sense of flight; indulge in the phenomenon of the drone selfie; engage in communities and interactions with others users; and participate in a new sport called ‘first person drone racing’, where users control drones equipped with cameras while wearing head-mounted displays showing the live stream camera feed from the drone. In merging the digital with the real this sport delivers visually thrilling content taking immersive reality to the next level.

Against this backdrop of the potential of drones as a new technology, and their increasing popularity, the problem of privacy invasion and further legislative restrictions have emerged as key concerns. Articles have appears in publications such as Wired and The Sun that accuse people of using drones to spy on others. Counter to this, my participants were of the general viewpoint that ‘nobody is interested in watching inside someone’s bedroom’.

Although this is always a possibility and difficult to rule out, drones are too noisy to go undetected near private properties. In any case, invasions of privacy are always possible with more traditional means such as conventional cameras or binoculars. In my research, amateur users were keen to emphasis the creative potential of drones rather than nefarious uses. Much more significant, they stated, was the possibility that companies such as Amazon collect and store personal data in their drone development program and use it for commercial purposes. One user highlighted how Amazon has already widely sold other devices such as Alexa and Echo that invade people’s personal privacy in more invasive ways than drones would.

Package delivery by drones is expected to become commonplace in the next few years. Since December 2016, Amazon has been testing air deliveries (‘Prime Air’) in the Cambridge area in the UK. What is known so far is that Amazon drones will be using a number of sensors and machine learning models that constantly monitor the drone’s flight and environment. Together with other algorithmic information, these include regular camera images and infrared cameras to get a view of the drone’s surroundings. Such sophisticated drone would be a much greater threat, in terms of spying on people and invading personal privacy, than a ‘toy’ drone used by a pesky neighbor.

Will regulations kill the hobby?

The advancement of commercial drones is calling for safe, fair, and clear drone regulation. On the one hand, the commercial bodies are calling for having fewer restrictions, the possibility to fly wherever they can, and other rules that will allow them to grow their businesses.

On the other hand, amateur fliers are fighting for the protection of drone technology as a hobby, complaining that training courses are too expensive, the theory test too complicated, and the registration fee with the local Aviation Authority unjustified. Despite the Government’s good intentions of guaranteeing safety and security, adding new restrictions for recreational fliers will not be a foolproof way to prevent individuals from using drones for disreputable purposes. As one amateur user claimed: ‘If you want to do something bad, you are not going to register your drone, are you?’

Additional restrictions for recreational fliers risk ‘killing the hobby’. Amateur usage of drones is associated with huge creative potential and new perspectives and experiences, not to mention opportunities for developing new skills and joining communities of others like-minded individuals.

Amateur users feel their views and concerns should be factored into future policies and good practices. Given the scale and growth of the amateur drone market, to not do so would be to miss an opportunity to make drone use safer, as amateur represent a significant portion of drone buyers and users.

Elisa Serafinelli is a Research Fellow and member of the Digital Society Network steering committee at the University of Sheffield. Her research interests include digital and mobile media and visual communication. She is currently leading a research project on Users’ and Developers’ Perspectives on Drone Usage funded by British Academy/Leverhulme and holds an AHRC Leadership Fellowship for the study of Drones in Visual Culture, which focuses on exploring whether and how drones are changing the way we see the world. She is author of 'Digital Life on Instagram. New Social Communication of Photography' (Emerald, 2018). 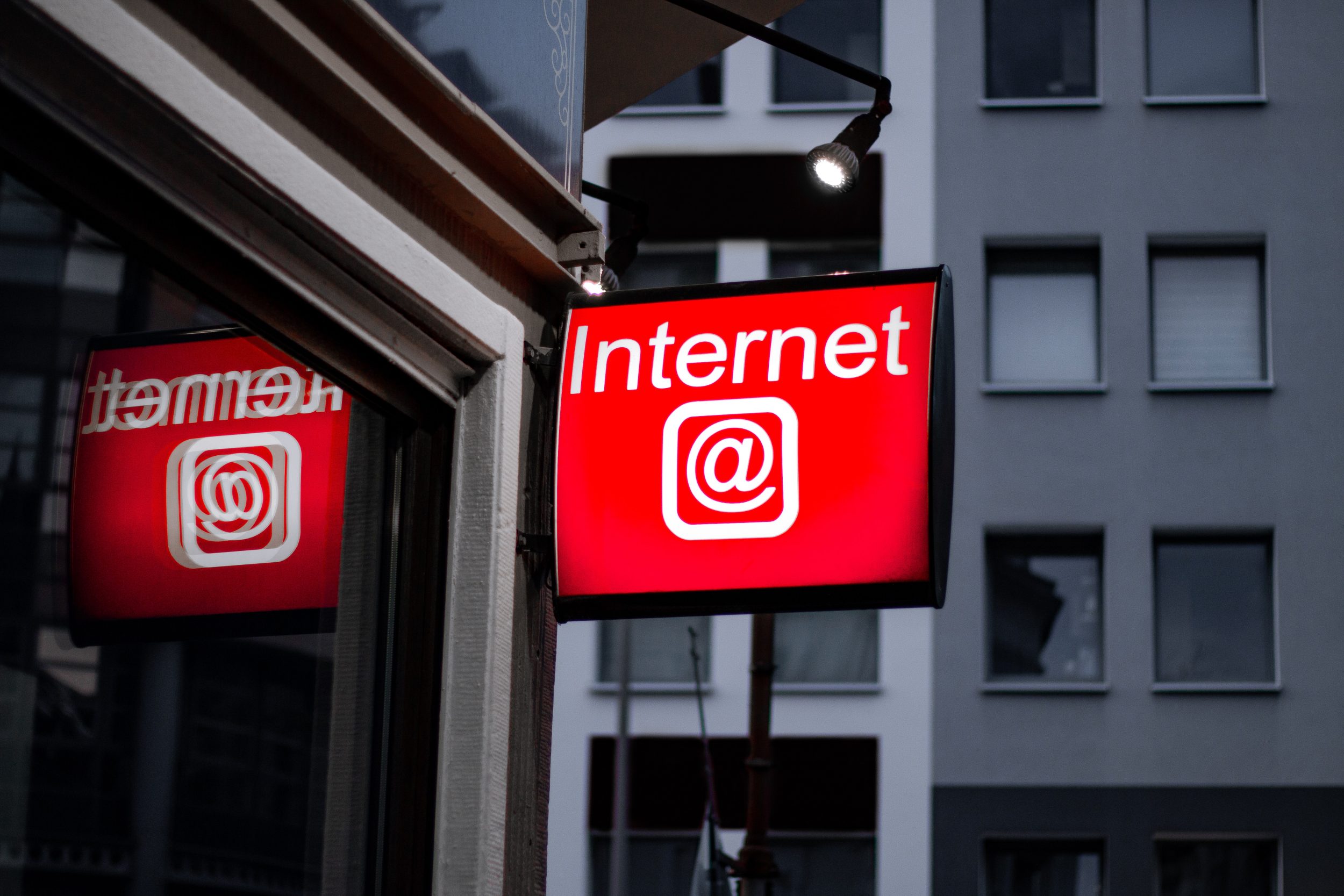