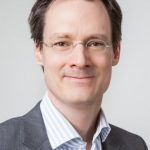 As the European Commission prepares to publish two major proposals for regulating tech companies – described by the Financial Times as “the first significant overhaul of the EU’s approach to the internet for two decades” – Thorsten Käseberg, head of competition policy in the German Federal Ministry for Economic Affairs and Energy (writing in his personal capacity) looks at some of the background and context to these proposals, as well as the implications of the decisions likely to be made.

The DMA will have a ‘European’ design and should fit together with existing EU antitrust instruments. However, the trade-offs to be made for its design would to a significant extent be similar in other jurisdictions which may attempt to reach the same policy objectives in the future—in particular to address substantive gaps in the current abuse of dominance law and provide more speedy solutions to failures in platform markets. Therefore, the trade-offs described here are to some extent similar for other jurisdictions which attempt to strengthen and broaden their current antitrust regimes and find a more efficient governance for their oversight on digital markets and in particular platforms. In the UK, the Government has set up a Digital Markets Unit to oversee a competition regime for platforms including those funded by digital advertising, such as Google and Facebook. While it remains to be seen whether the Biden Administration in the US intends and would be able to initiate legislative changes, it is worthwhile to remember that the US House of Representatives Antitrust Committee has found that Facebook, Google, Amazon and Apple have dominant positions. The Report recommends for further examination:

All design choices depend on the goal(s) behind extending current competition over digital platforms. Content regulation (see for example Fukuyama, Richman, Goel, Schaake, Katz & Melamed) and data protection and security are interlinked with competition oversight in various dimension and directions, but are usually considered as and dealt with under different regimes. Focussing on competition oversight, in particular two deficits have been identified with regard to the use of abuse of dominance law with regard to gatekeeper platforms: First, in particular the European Commission’s Google shopping case has shown that abuse of dominance investigations may be too slow to keep up with the pace of market development. Second, current abuse of dominance law may not be sufficiently clear and strict to prevent gatekeeping platforms from distorting competition. To remedy these current shortcomings, there are several substantive and procedural design choices for the DMA and similar regimes, in particular the following:

The various studies carried out in many jurisdictions have identified several typical platform strategies which may be anti-competitive (for a collection of the reports see the Thurman Arnold at Yale, which have been included in the European Commission’s apparent current thinking): (i) self-preferencing practices—for which the distinction between competition on the merits and exclusionary strategies is challenging; (ii) bundling, tying practices and predatory practices, including ‘killer acquisitions’—for which the line between legitimate competition and anti-competitive leveraging also depends to some extent on the circumstances of the case; (iii) data-related practices—for which similarly the line has to be drawn between legitimate behaviour on the one hand and raising barriers to entry or reducing choice and interoperability on the other hand.

2. Which platforms and which criteria

The above market failures usually only occur if the platform has the ability and incentive to engage in those practices, ie if it has a relevant degree of market power. A  CERRE paper suggests that, to qualify as a large gatekeeper platform, additional criteria should be used. It proposes that such platform should ‘be large’, ‘hold a gatekeeper position on which users depend’, ‘enjoy enduring market power’ and ‘orchestrate an ecosystem of products and services’. Such criteria of significant and stable market power could justify a stricter approach than abuse of dominance oversight.

Designing the definition and potential underlying criteria may require to trade-off accuracy, speed and legal certainty. While qualitative criteria may be sounder and more future-proof in achieving the underlying regulatory objective, quantitative criteria may contribute to define the scope of addressees faster and with more certainty. One key design question is whether the definition should involve (i) market delineation and (ii) a position of dominance. It takes substantial time and resources to establish a dominant position on a relevant antitrust market in a way that would be upheld by courts.

3. Markets on which dominance cannot be established (yet)

US antitrust law (theoretically) may capture attempts to monopolize. Germany currently expands its provisions on abuse of relative dominance, ie prohibitions which apply below the threshold of market dominance. EU competition law has a gap here. It remains to be seen whether the European Commission integrates its New Competition Tool idea into the draft DMA Regulation to address this gap. From a policy point, it would be important to have such instrument. Its objective should not be to prevent from a dominant position but to ensure that the market is not tipped by anti-competitive or unfair practices and that competition on the merits prevails. A main design choice for such an instrument is the threshold or trigger for application.

The European Commission had floated the idea of ‘ex ante’ regulation in its inception impact assessment on gatekeeper platforms. This might have obfuscated to some extent what is at stake. Usually, regulation such as the European telecommunications regime has been labelled ‘ex ante regulation’. It requires approval of certain strategies before they may be implemented. Most observers agree that the European telecommunications regime in this respect should not be a model for oversight over platform competition.

The Commission’s apparent current thinking appears to envisage rules for gatekeeper platforms which are more detailed than current antitrust rules for example under the abuse of dominance provisions (Article 102 TFEU). In economic analysis of legal parlance, the general abuse test would qualify as a ‘standard’, since is given its more concrete content ‘ex post’ by an adjudicator. The Commission’s leaked list contains provisions which may be qualified relatively less as standards and relatively more as rules, since their content is already clearer ‘ex ante’, ie before the application by a public authority or court. The underlying trade-off is between more concrete, rule-like provisions to save time needed for interpretation by regulators and more open standard-like provisions which can be applied in a more differentiated tailor-made way and are more future-proof, since markets and strategies are constantly changing. Given the complexity and differentiation in business-models of platforms, however, it is probable that also more concrete, rule-like provisions will have to be interpreted by regulators and courts to specific cases.

The Commission seems to have shifted its language towards ‘self-executing’ provisions. This may also be obfuscating to some extent since even the strictest per se rule or ‘black-list’ may need investigation and enforcement work.

5. Per se rules vs rules of reason

One of the main design choices is on whether anti-competitive (or otherwise undesired) effects are inferred from the conduct itself (per se rule, restriction by object) or whether the rule requires harm to competition to be shown ((truncated) rule of reason, restriction by effect). The trade-off in particular is between speed on the one hand and accuracy on the other hand. The error cost heuristic (false positives, false negatives) is well-known. The case law on digital platform would allow to infer some per se rules.

In addition, the question is whether the rules on gatekeeper platforms should allow for an objective justification. Even in those cases where it is clear that a behaviour in all cases has a significant anti-competitive effect, there might be overriding reasons such as security. Unfortunately, big platform companies in past cases have over-stretched and discredited to some extent such arguments. Nevertheless, from a methodological point of view, there are good reasons to keep the possibility of such justification. The new German provision on companies of paramount significance for competition across markets therefore allows for such justification.

Additional options would be to have rebuttable presumptions or reverse the burden of proof for certain elements of the rules.

Current antitrust abuse of dominance provisions usually have direct effect and can be enforced publicly and privately. This has the big advantage of having an immediate binding legal effect on the addressees of the provisions. If the legal rule and its consequence are clear to market participants, either through the rule or through decisional practice and interpretation, this would be the default option. If the legal rule is new and/or needs tailor-made enforcement and remedies, this may be a situation speaking against direct effect and implementation by a public authority. The latter approach has been taken for the new German provision on companies of paramount significance for competition across markets therefore allows for such justification.

Aside from the enforcement mechanism including investigatory powers, fines and interim measures, one key—and to some extent underrated—design element is suspensive effect and judicial review. Fast law is good law—in particular on rapidly changing platform markets. Therefore, one design choice could be to either limit the review in terms of depth or to limit it to one instance.

This post was originally published on the University of Oxford’s Faculty of Law blog and is republished with thanks. This article represents the views of the author and not the position of the Media@LSE blog, nor of the London School of Economics and Political Science.

Dr. Thorsten Käseberg, a lawyer and economist, has been serving as a civil servant since 2007 in different functions in the area of economic policy. He currently heads the unit "Competition and Consumer Policy" in the German Federal Ministry for Economic Affairs and Energy. One focus of his work is the digital transformation and its potential and challenges for regulation. He is also an official of the European Commission (on leave), where he served in the Directorate-General for Competition (2009-2011).

Can the Online Safety Bill be more than a toothless tiger (or a Facebook Flop)?

An Experts’ Dialogue: Child Safety for the Online World