A learning life: How connected learning might work over time

A learning life: How connected learning might work over time 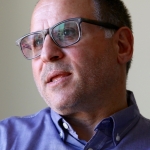 Julian Sefton-Green discusses one case from his book Learning Identities, Education and Community: young lives in the cosmopolitan city. This research looked at the way individuals in Norway constructed narratives about themselves and their educational choices. He picks up from his previous post on the DML Central blog, From ‘Connected Learning’ to ‘Learning Lives’, where he explains the importance of investigating educational pedagogies across the “nooks and crannies of everyday life”. By focusing on how one stories their ‘learning life’, Julian frames a way of mapping how connections over time construct our learner identities. In this post, his focus is on the story of Lien’s learner identity, as she changes from a below average student, to a confident motivated learner. Julian is an independent scholar working in education and the cultural and creative industries. He is currently leading the project Preparing for Creative Labour and is a principal research fellow at the Department of Media & Communication, LSE, a research associate at the University of Oslo and visiting professor at The Playful Learning Centre, University of Helsinki. [Header image credit: J. Cameron, CC BY 2.0]

In my last blog, I talked about Learning Identities, Education and Community: young lives in the cosmopolitan city as an example of an attempt to study connected learning in action — catching the process of travel across learning sites and focusing on the process of building a learner identity. In that study, we paid particular attention to how participants in Oslo in Norway constructed narratives about themselves to suggest an almost existential meaning for the choices they made about education such as which school to attend, what courses to follow. How individuals “storied” themselves, what forms of narrative justification they used (especially family history), what kinds of categories about the value of learning they employed all played a part in what effectively became forms of narrative maps or at least stories of the paths taken during a journey. The narrative worked to justify notions of direction, travel and of course other metaphorical map-like features such as obstacles, freeways and on ramps.

Lien’s story was one of seemingly dramatic change. In the two years we worked with her, she appeared to change from a withdrawn and below-average student into a self-assured and motivated learner whose confidence was intricately wrapped up in a strong sense of agency that we think derived directly from her changing learner identity. At the beginning, her everyday routines consisted of school (where she clearly felt insecure), homework, taking care of younger siblings, and staying with friends when she was allowed to by her parents. On Saturdays she went to a Catholic school, but she did not participate in organized leisure activities. She enjoyed reading books, especially the Twilight series, and crime stories. Her parents leased a takeaway restaurant, and she occasionally worked there as a waitress.

During our first interviews, it was obvious that her family’s history, as boat refugees from Vietnam, was a strong narrative in her life:

My uncle was a ‘boat refugee.’ He came to Norway and went to school here; he got a certificate of apprenticeship, and then he helped my mother to come to Norway. She was aged 14.… My mum says that my father stopped her educational plans, when he came to her [laughter].

Lien and her mother’s shared passion for crime fiction cemented their relationship. This stimulated Lien to read from an early age, and it was also an important “push” to read books in Norwegian. Friends were also important for Lien for comfort and security. She explained that when she moved from primary to secondary school, she was in a different class than her best friend at that time, who had achieved good grades and was part of Lien’s family network. After the transition to secondary school, Lien felt lonely and insecure in her new class.

When they were getting closer to the final exams at the end of secondary level, Lien, together with other classmates established what they called an “improve grades” project, helping each other with their homework. The friendship group had all decided to apply to one specific upper secondary school with a good reputation located outside their own community. However, Lien struggled to improve her grades which she did not completely understand as she felt she had put in a lot of work. Despite this disappointment, and a sense that she was having to come to terms with the idea of failure, the important turning point for Lien was a new interest in k-hop and the k-hop lifestyle:

A friend of mine in the old class, Martin, you know him, the [Turkish-Norwegian] boy with really good grades, introduced me to Asian k-hop [Korean pop music] while we were in secondary school in the end of tenth grade. He showed me a k-hop music video and Korean drama series when we used the computers in school. Martin showed me the style and how we can find things on You Tube. I was immediately interested … he likes emotional girl things; he is emotional [laughter].

Simply on this basis, she decided to choose to study Korean language in upper secondary school:

That subject is taught two evenings per week in a school on the other side of Oslo. I really like this class. I have a lot of new friends in the Korean class. Their personalities are different than mine … I have a lot of fun with them. We go out to eat after school…

Lien worked on this transformation over the summer vacation:

I have browsed the internet to watch and learn about the k-hop lifestyle. I have downloaded a k-hop training programme and have started to dance to different music videos. I have downloaded an interesting internet-based Korean language course (www.byki.com/fls/FLS.html) and practiced to level three before I entered the new Korean class. I got information about this course from a blog I follow.

In turn, this academic interest affected how she began to think of herself:

I have had a ‘makeover.’ I changed the way I dress and my hairstyle. It is more like the k-hop style. It is important for me to be in good shape. I have started to exercise by watching k-hop dance lessons on the internet. I have read on the internet that people can be taller if they exercise. Sometimes, I make healthy food from Korea. I have stopped drinking Coke. Nowadays, I drink water and I am careful with my diet. I have learned it from the k-hop lifestyle. This way of living is good for schoolwork as well.

Reflecting on why she became interested in the Korean language, Lien said that it made her feel smart:

I have thought about it, this Korean language interest, I like it because you become smart … we were 30 students at the beginning of this language class and, one year later, we are only 10 students left. It is good for my head to learn difficult stuff. I think my brain develops.

Socially I think it goes very well. It is strange. I have got really strange friends that I have never met before, right. Their personality is a bit different than mine. We go out and eat together after school. I also have a new friend. Her name is Ann, and she is just like me. She used to listen to rock, and so did I. And now we listen to k-pop. We have a lot in common, so she has inspired me, she has taught me a lot, does that sound strange? She has taught me how to behave in front of people, and how to refuse to do certain things, and things I have not been able to do before.

Lien ended up at a regular upper secondary school. However, her new academic trajectory consisted of entering a language programme in Korean, which was only taught two evenings a week at a school on the other side of Oslo. This meant that she had to travel across town after she finished her regular school. This also meant that she gained new friends and networks since she often went out to eat after school with her new classmates in the Korean language class.

Her aim was to stay in Korea for a year as an exchange student to learn the language perfectly. She said it would be expensive, but worth fighting for. She said she would do this after upper secondary school, at the same time as she was going to take up chemistry. Although this was a seemingly unrelated connection, both decisions seemed to stem from a renewed academic confidence.

We were intrigued by the way that Lien’s sense of self had been composed as a kind of transnational bricolage, bringing together elements of global international culture with diaspora and local identities. Her work in assembling these resources and the cultural worlds from which they emanate into a coherent “self,” and the way that such effort supports her own sense of agency and powerfulness, represented to us a very particular kind of contemporary bildung. This philosophy of education with its emphasis on paying attention to the narrative of the self is central to the values of modern Norwegian society. However much elements of Lien’s identity are composed from non-Norwegian resources, we can see how her refashioning brings together stories from her family as well as other resources from the present, including the important role of her peers, and cultural narratives of the purpose and nature of education for her in her immediate future.

Lien’s story is intriguing on a number of levels. We can see how academic insights into the role of the non-academic in constructing learner identity was central to her narrative, as questions of (gendered) confidence, friendship, and the social interactions across her learning contexts were crucial to her sense of being at first disempowered and then taking control. She seemed to find the longer-term narratives about her family trajectories both burdensome (as a girl) and inspiring (in terms of class-based social mobility), and these years showed her negotiating a position of comfort between these two poles. We can also see how a narrative like this reveals a high degree of what can only be thought of as local twists and turns in this timescale as Lien makes decisions about and responds to external judgements about her education, especially in relation to the moment of choosing future pathways. How she negotiated the set of transitions and choices she is required to make, and how these intersected with a seemingly random but highly significant set of out-of-school experiences — notably global in their reach and digital in how they are mediated — goes to the heart of her changing learner identity and the terrain on which modern learning lives are lived. 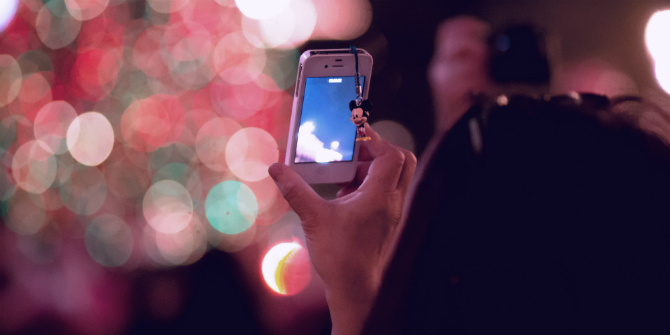 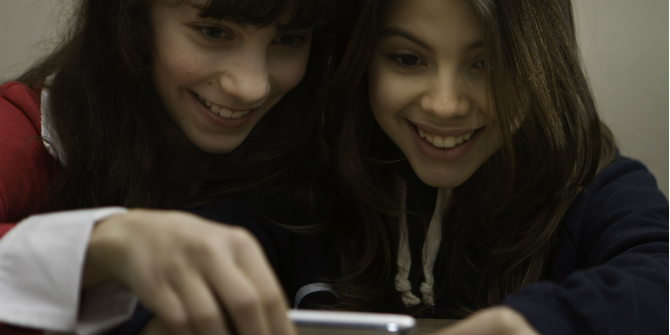 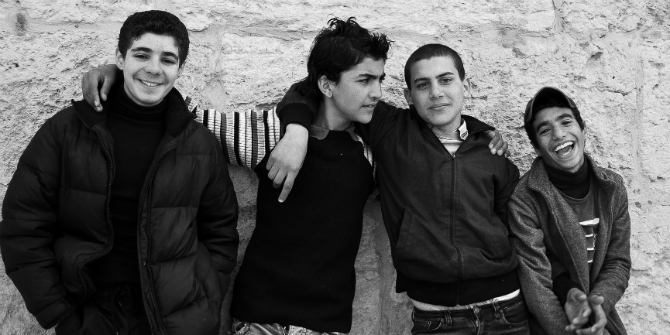 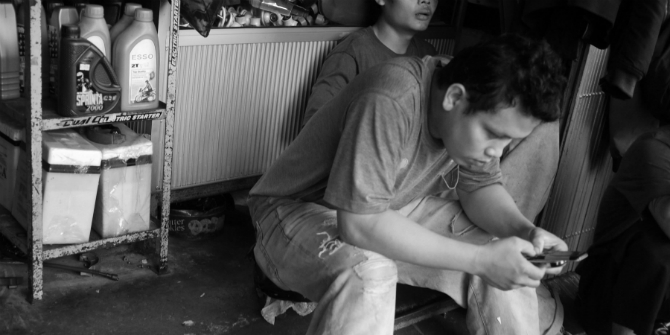 Challenges of parental responsibility in the digital age: A global perspective