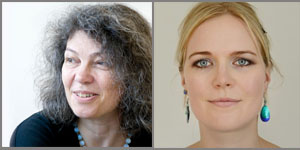 When it comes to screen time, ‘one-size-fits-all’ solutions don’t work when they are taken too literally; they don’t allow for the diverse conditions of real people’s lives. In this post Sonia Livingstone and Natalia Kucirkova explore the problematic concept of screen time and measuring technology usage in terms of quantity rather than quality. Sonia is Professor of Social Psychology at LSE’s Department of Media and Communications and is the lead investigator of the Parenting for a Digital Future research project. Natalia is a Senior Research Fellow at the University College London. She researches innovative ways of supporting children’s reading engagement with digital books and the role of personalisation in early years. [Header image credit: D. Bridges, CC BY 2.0]

The idea of ‘screen time’ causes arguments – but not just between children and their anxious parents. The Children’s Commissioner for England, Anne Longfield, recently compared overuse of social media to junk food and urged parents to regulate screen time using her Digital 5 A Day campaign.

This prompted the former director of Britain’s electronic surveillance agency, GCHQ, to respond by telling parents to increase screen time for children so they can gain skills to “save the country”, since the UK is “desperately” short of engineers and computer scientists.

Meanwhile, parents are left in the middle, trying to make sense of it all.

But the term ‘screen time’ is problematic to begin with. A screen can refer to an iPad used to Skype their grandparents, a Kindle for reading poetry, a television for playing video games, or a desktop computer for their homework. Most screens are now multifunctional, so unless we specify the content, context and connections involved in particular screen time activities, any discussion will be muddled.

Measuring technology usage in terms of quantity rather than quality is also difficult. Children spend time on multiple devices in multiple places, sometimes in short bursts, sometimes constantly connected. Calculating the incalculable puts unnecessary pressure on parents, who end up looking at the clock rather than their children.

The Digital 5 A Day campaign has five key messages, covering areas like privacy, physical activity and creativity. Its focus on constructive activities and attitudes towards technology is a good start. Likewise, a key recommendation of the LSE Media Policy Project report was for more positive messaging about children’s technology use.

After all, an overwhelming focus on risk and harm creates fear, underplays possible benefits of technology, and limits parents’ role to policing and protecting rather than mentoring and enabling.

Technology use is complex and takes time to understand. Content matters. Context matters. Connections matter. Children’s age and capacity matters. Reducing this intricate mix to a simple digital five-a-day runs the risk of losing all the nutrients. Just like the NHS’s Five Fruit and Veg A Day Campaign, future studies will no doubt announce that five ought to be doubled to ten.

Another problem will come from attempts to interpret the digital five-a-day as a quality indicator. Commercial producers often use government campaigns to drive sales and interest in their products. If a so-called ‘educational’ app claims that it ‘supports creative and active engagement’, parents might buy it – but there will be little guarantee that it will offer a great experience. It is an unregulated and confusing market – although help is currently given by organisations providing evidence-based recommendations such as the NSPCC, National Literacy Trust, Connect Safely, Parent Zone, and the BBC’s CBeebies.

The constant flow of panicky media headlines don’t help parents or improve the level of public discussion. The trouble is that there’s too little delving into the whys and wherefores behind each story, nor much independent examination of the evidence that might (or might not) support the claims being publicised. Luckily, some bodies, such as the Science Media Centre, do try to act as responsible intermediaries.

When it comes to young people and technology, it’s vital to widen the lens – away from a close focus on time spent, to the reality of people’s lives. Today’s children grow up in increasingly stressed, tired and rushed modern families. Technology commentators often revert to food metaphors to call for a balanced diet or even an occasional digital detox, and that’s fine to a degree.

But they can be taken too far, especially when the underlying harms are contested by science. ‘One-size-fits-all’ solutions don’t work when they are taken too literally, or when they become yet another reason to blame parents (or children), or because they don’t allow for the diverse conditions of real people’s lives.

If there is a food metaphor that works for technology, it’s that we should all try some humble pie when it comes to telling others how to live. ‘Screen time’ is an outdated and misguided shorthand for all the different ways of interacting, creating and learning through screen-based technologies. It’s time to drop it.