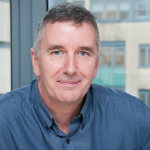 Professor Brian O’Neill is Director of Research, Enterprise and Innovation and Dean of the Graduate Research School at the Dublin Institute of Technology, and co-author of the recently-published report The Better Internet for Kids Policy Map: Implementing the European Strategy for a Better Internet for Children in European Member States. This blog, originally written for the Media Policy Project, provides a comprehensive survey of the BIK strategy. [Header image credit: Annie Spratt on Unsplash.jpg]

The European Strategy for a Better Internet for Children (or ‘BIK’ Strategy) is a European Union policy framework, launched in 2012, and aimed at providing better integrated and more effective support for children when they go online. The Safer Internet Programme over the previous decade had developed both self and co-regulatory initiatives to support safer online access and use for children. The BIK Strategy adds a new emphasis not just on keeping children safe but also addressing the quality of young’s people’s online experiences.

Recognising that not all children across Europe get the same empowerment and protection opportunities when online, the BIK Strategy aims to develop a set of baseline requirements to avoid fragmentation and ensure better overall provision in the key areas of quality online content, educational support, tools and regulation, and legislation for a safer online environment.

The European involvement in safer internet activities is reasonably well known. The network of European Safer Internet Centres (SICs), the Better Internet for Kids (BIK) portal and the annual Safer Internet Day all derive from EU investment. The BIK Strategy builds on these achievements but also asks Member States as well as industry to match EU efforts and to ensure that better internet issues are comprehensively addressed at the national level.  Monitoring progress and sharing knowledge of individual EU members’ experiences are the purposes underpinning a new study by EU Kids Online, the multinational research network dedicated to enhancing knowledge of European children’s online opportunities, risks and safety, and Insafe, the European network of Awareness Centres.

The review of Better Internet policy making in EU Member States, has been undertaken jointly by EU Kids Online and Insafe.

The study looks at the two main dimensions of policy development and policy implementation as reflected in each of the Member States in areas related or relevant to BIK.

26 countries participated in the study, the findings of which have now been published on the BIK platform as well as in the form of an interactive map. Questions addressed include how the European BIK Strategy has been incorporated into policies at the national level, if at all, and the extent to which progress has been made in implementing actions within the individual pillars of BIK Strategy.

A policy framework refers here to ‘the inclusion of BIK-related policy decisions in a single policy document’ Better Internet for Kids Policy Map. Instead, better internet issues were found to be spread across numerous separate policies, some specifically focussed on BIK, but in many cases as part of broader policies which address youth strategy, education or digital literacy.

The governance of policy is important in this regard. In most countries, in terms of governmental involvement, between four and six ministries are involved in the development and design of policies related to BIK. Most countries report a lack of coordination, with different agencies responsible for governance or oversight. Despite the recognised importance of stakeholder collaboration, just three countries report the existence of a multi-stakeholder body with responsibility for BIK. Seven countries state there is no formal coordinating body at all.

Policy development remains the preserve of government with ministries taking the lead in developing initiatives in each of the pillars of BIK strategy. However, as the first BIK Map study also found, the availability of an evidence base to support policy-making remains very uneven. Just five countries (19 per cent) say there is a regular national survey focussed on BIK-related topics. Half of the countries also reported that new policies were developed as a reaction or in response to incidents related to children’s digital safety. Regarding consultation with children on the design of BIK policies, most countries confirm that this happens. However, only a third state that children have an opportunity to be actively involved in the design of BIK policies.

National policies were found to cover, at least to some extent, each pillar of BIK. Stepping up awareness and empowerment and the inclusion of digital/media literacy activities in schools attract particular attention. Combatting child sexual abuse is also a priority for governments, whether in terms of national legislation implementing Directive 2011/92/EU, combating online sexual abuse and sexual exploitation of children, or in the form of greater support for law enforcement.

Figure 2: Types of policy for each BIK pillar (in per cent)

As the report argues, the European Strategy for a Better Internet for Children can point to many successes: child safety online policies are present in all Member States, there are significant activities in all countries, and almost all trends show that the Member States are actively contributing to increased activities in children’s online safety.

However, relatively little progress has been made since its introduction to address the gaps in policy governance and stakeholder participation. The hoped for stimulation of the market for positive content for children has not occurred. Neither has the desired integration of policies around the concept of a better internet for children taken root in Member States. Similarly, the emphasis on Safer Internet Centres, while a recognition of the excellent work they do, suggests that without EU support, an even larger gap in provision would emerge.

This article gives the views of the author and does not represent the position of the LSE Parenting for a Digital Future blog, nor of the London School of Economics and Political Science. 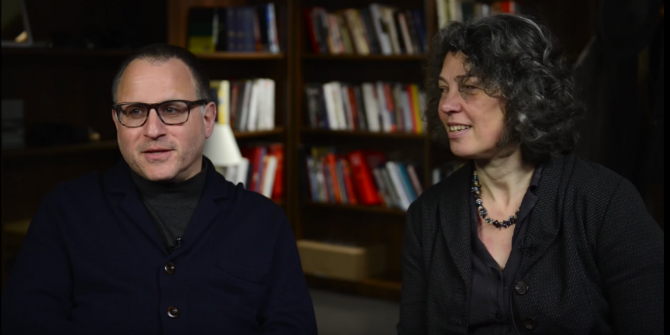 Watch our new video about ‘The Class’