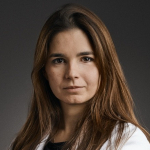 How do very young children interact with technology, what kinds of agency do they demonstrate, and how is this mediated by the sociocultural context? These were some of the questions recently explored by research looking at preschoolers conducted by Nathaly Gonzalez-Acevedo and the Short-Term Scientific Mission in Helsinki, in collaboration with the University of Helsinki and the Playful Learning Center.

In a recent Short-Term Scientific Mission in Helsinki, in collaboration with the University of Helsinki and the Playful Learning Center, the interaction of very young children with technology was explored as a multimodal interaction. The aim was to explore preschoolers’ agency during technology-supported activities, in a specific sociocultural mediated and located context, and to explore similitudes and differences in different sociocultural contexts in order to discuss and gain deeper insights into how agency is enacted by preschoolers and, if so, how different sociocultural contexts frame preschoolers’ digitally mediated agency.

It was observed that the materialisation of agency is shaped by the context and thus the experience has highlighted how in the context analysed, children are encouraged to be themselves in front of the adult as a way to acknowledge power relation in classrooms. This differs from my own research in which, in order to recognise the power relation and its influences, the child is given space without the adult in autonomous and collaborative tasks.

In a brief but relevant observation in a classroom in a school near Helsinki, one episode represents how children can approach and interact with technology in the context observed. It serves as an illustration of a multimodal interaction between very young children and technology.

The classroom was set up for playing in different corners, with one corner set up for playing with a tablet. The teacher had a register of all the children that had played with the app to make sure that all children had, at some point, gone to that corner and played with the app aimed at reading the time on a clock. The child, a 5-year-old, was given the app Moji Clock and was given instructions on how to play by the adult sitting in the corner. The adult spent time ensuring the child needed to understand the task and then left him with headphones to play on his own.

The child was playing with the app and a second child came and asked, “How it works that game?” That simple question showed that the second child understood many of the affordances of the tablet and the use of apps.  The child knew it was a game and was aware that it was not an open-answer game. By asking “how it works” and looking at the screen the child recognised that there were rules to be followed in the game. It is interesting, as well, that he used the word game and not activity or any other synonym. That choice of vocabulary showed that the child used the word to describe those apps; “games”. This short interaction demonstrated great understanding, by a very young child, of the use of technology.

In another episode, during the same activity, the child with the tablet who was wearing headphones, started putting them on and taking them off as if playing with his acquired capability of listening to the app’s audio, and the key to the game, or the rest of the class. He was playful and being observed by the researcher, a new adult for him, was very comfortable playing with this selection of what to listen to.  This seems like a multimodal choice, “what background information do I need or want and the ability to choose and act on it”. This highlights that the child can use agency to explore the affordances of the technology and use it according to his needs.

During the same observation, the child, who is aware that the researcher was observing him during his play with the tablet, decided to make explicit his actions on the tablet. The act of making his thinking explicit started when the learner found a more complex stage of the game. The monologue went like this:

-It going to be so hard, look (to the second child)

The difficulty was in the use of “half past”. It is interesting how the child verbalised this difficulty by asking a question that seemed reflective, as he is all the time looking intensely at the screen. In a second part, however, the child who is visibly thinking about the time uses the help of the second child:

I don’t know how to make half past four

This short episode shows how a very young child is able to reflect on what he is doing while playing, displaying the ability to reflect on the content he is working with, not only oriented to the technology. In the same line, the child shows how he is able to verbalise the problem he is facing and sharing his ideas with the second child, so allowing space for collaboration in a technology-supported activity.

This last episode points out that very young learners can make explicit, and talk about, a difficulty they have faced in an activity supported by technology, as well as share ideas with peers in order to solve, in this case, content problems.

This informal observation in a friendly environment allows some key points to be made. Very young learners are able to explore the affordances of technology, can use some related vocabulary and show understanding of its meaning (what is a game and what are its characteristics, for instance) and can verbalise their thinking and ask for a peer’s collaboration. This does not mean that all children will reproduce these skills, but it is clear that very young children can , given the right stimulus, make sensible and adequate use of technology in a school setting like the one presented.

It also highlights that a child’s agency in technology-supported activities, in the light of the observations made, per se can be similar in different contexts. The data analysed in my research points at very similar enactments of agency. However, there are differences in how the adult shapes the structures in order to promote agency. It would be interesting to explore this point further.

Nathaly Gonzalez-Acevedo has a PhD in Education, and is a lecturer at Universitat Autònoma de Barcelona UAB, and at Universitat Internacional de Catalunya UIC. She researchers preschoolers’ and young learners’ agency and capacity, and learning English as a Foreign Language supported by digital technology. Her research makes visible language learning by using a fine-grained method to analyse naturally occurring interactions.