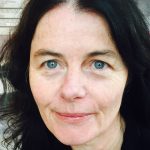 Technological advances have made it easier for grandparents to keep in touch with grandchildren who are living in a different country. Michelle Share explores the use of Skype in particular, in this new type of connected family. Michelle is a Senior Research Fellow at the School of Education, Trinity College Dublin. [Header image credit: Joe Shlabotnik, “Skype”, CC BY 2.0]

As a socioIogist I have been researching the topic of grandchildcare since 2008, stimulated by a need to know more about how, in Ireland, with its relatively under-developed childcare infrastructure, families managed their childcare needs. As in many countries, Irish grandparents are embedded in the jigsaw of parents’ childcare arrangements. When I myself became a first-time grandmother, the topic took on a whole new meaning, as I tried to develop and maintain a connection with my new granddaughter in Australia. (See Figure 1.)

Historically, Ireland has been an emigrant-sending country, but with EU enlargement in 2004, a significant influx of labour migrants from the EU ‘accession countries’ began, in particular from Poland, Latvia and Lithuania. Of these, Poland is the chief migrant-sending country, such that the Polish now constitute Ireland’s largest immigrant group. As the Poles tend to be concentrated in the childbearing years or already have children, since 2006 a significant increase in the number of children from Polish-headed households has been observed.

Given the Irish childcare context and the dominance of grandparents in the care of children in both Ireland and Poland, the study reported here sought to focus on how Polish parents maintain family relationships in cases where the second and third generations live in Ireland and the grandparents remain in Poland. The study gained insight into how ICTs like Skype offer great potential for transnational families to maintain ties and to practice ‘a new type of connected family at a distance’.

Transnational families have long relied on letters, phone calls and physical visits to keep in touch, and although Skype can make it easier to bridge time and space separation, we still know little sociologically of the practices that underpin such use, in particular, how migrant families with young children use it to maintain a connection with grandparents resident elsewhere.

I wanted to develop and maintain a connection with my granddaughter even though she was across the other side of the world. Skype enabled my own attempts at transnational grandparenting, but it was never straightforward, and involved much emotion work and effort!

In 2015/2016 we interviewed 35 Polish parents resident in Ireland, aged 32-42 with children aged 3 months to 12 years, about their ICT use with grandparents. Polish parents in Ireland made extensive use of social media to stay connected to friends and family, describing a polymedia environment where they used many different platforms and apps, including Skype, to communicate (See Figure 2).

Parents used Skype on phones, laptops or PCs as a tool to display their new family, particularly babies and toddlers, to grandparents in Poland. Such displays reinforced intergenerational solidarity, as grandparents witnessed their grandchildren’s growth and development. They could see their sons and daughters were competent as parents and – importantly – that their growing grandchildren could speak Polish:

Well, just because my and [name of partner] parents want to see him, you know? If we wouldn’t have Skype they wouldn’t be able to see him … we’d just send a few photos to them maybe once a month or something like that. But they can see everything – the way he speaks, the way he walks, when he started walking, when he started crawling, you know? They could see everything.

Such displays also revealed how each other was living and looking, so families had to decide what, when and whom to show:

Over time these Skype interactions allowed children to gain familiarity with their grandparents.

We can take for granted how ICTs make it easier for transnational families to remain connected, but Skype is effortful and involves much emotion work. Parents of older children spoke of their children’s disinclination to sit in front of the screen – they became bored or wanted to use the computer to play games or access other material.

Some parents spoke of their own parents’ unwillingness to use Skype. Others explained how their parents had crossed the technological divide to remain connected with their grandchildren, although this was not always straightforward. Some families could only Skype with one set of grandparents, reflecting differences in access and willingness to use technology. For example, one parent used Skype with her parents in Poland, which supported her child’s Polish language and heritage, but could not Skype his other grandparents in China because of their difficulties in accessing the app.

Skype involved much more than positioning children in front of the camera. Parents had to ‘direct’ their – sometimes less than cooperative – performances singing, showing pictures, doing Lego® or blowing candles out on a birthday cake or:

Building something and they describe what they are building and this is granny and this is granddad’s terrace and they’re drinking coffee on it and they can see, you know? It’s always an action rather than sitting at the table and just talking because they don’t do that, I think they are too young for that. Or at least they are not fit for that.

Successful Skyping also required the audience – the grandparent(s) – to perform. Parents of older, school-going children reported that they quickly grow out of being observed, which tended to reduce their use of Skype, so grandparents needed greater communicative competence if they wanted to engage with children after the baby and toddler years:

Oh, it depends, like, my dad would be more articulate so he would ask questions and if you have those leading questions it’s easier to communicate and keep going, whereas if somebody is just expecting the child to talk, it’s impossible. It’s hard, like, especially if they prefer to speak English than Polish.

What have we learned?

Displaying and performing family through Skype is a normal activity for children in Polish transnational families in Ireland. It supports intergenerational solidarity, transmission of identity, validation of parenting practices and familiarisation with remote grandparents.

Skype’s ubiquity suggests that doing family transnationally is easier today than in the past. While it does make it easier for families to connect in a virtual environment, assumptions are often made about ease of use and users’ ability. Access to the internet, ability and willingness to use it, and communication skills of performance, direction and audience interaction are necessary, although this is not always an easy process between children, their parents and grandparents: collaborative accomplishment relies on all participants being willing and able.

We also need to know more about grandparent perspectives as this research was confined to Polish parents resident in Ireland. In the next phase we will be talking to grandparents in Poland about how they use ICTs to maintain a connection with their grandchildren in Ireland.

Michelle Share is a Senior Research Fellow at the School of Education, Trinity College Dublin. 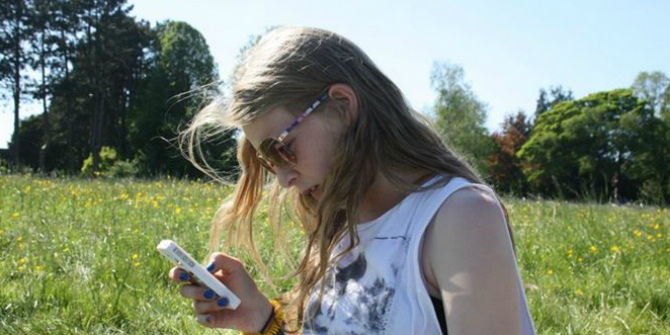 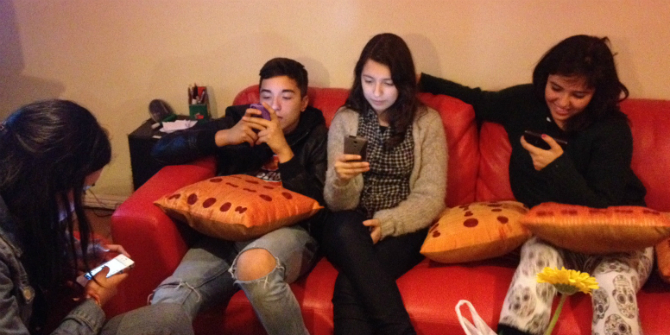