Recent media reports suggest Labour MPs may be gearing up to move against Jeremy Corbyn. This is supposed to happen before a change in rules could see the number of nominations needed for any would-be candidate to enter a leadership contest reduced. Yet Corbyn was not elected by mistake, explain Tim Bale, Paul Webb and Monica Poletti. A large number of Labour members – whether they joined before or after Corbyn was nominated by MPs – wanted what they got. Persuading them to change their views now they’ve got it will not be easy.

A recently published blow-by-blow account of one of the biggest upsets we’ve ever seen in a Labour Party leadership contest reminds us that Jeremy Corbyn only made it onto the ballot paper due to the nominations of 35 MPs – ‘morons‘, according to John McTernan, Tony Blair’s Director of Political Operations from 2005 to 2007. Whether it’s right to blame them (or for them to blame themselves) is debatable, however. After all, the final choice lay in the hands of the Party’s grassroots. And when it comes to the role played by Labour’s members in Corbyn’s election, there’s some conventional wisdom that needs challenging. 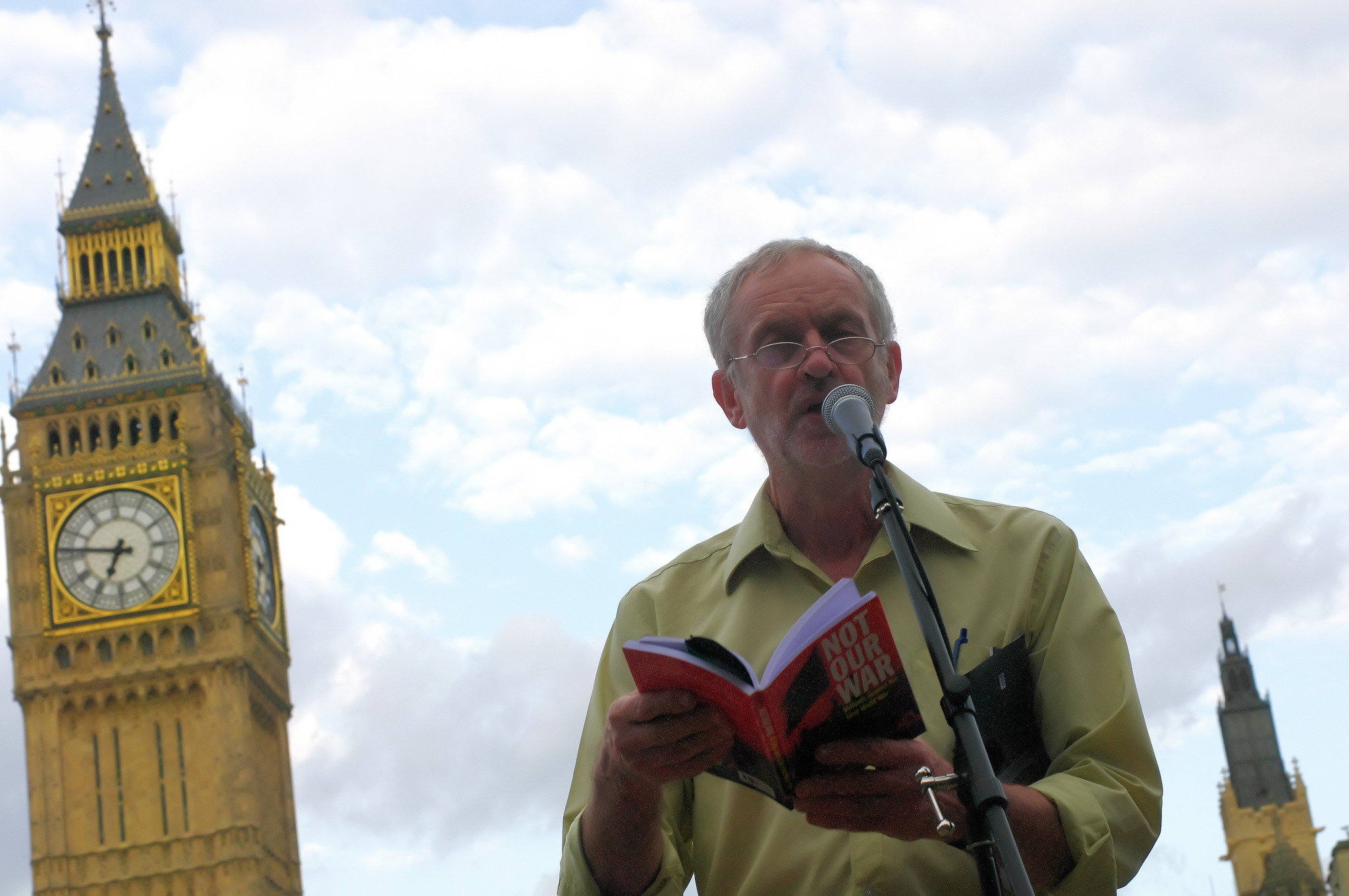 It is all too easy for Labour moderates to comfort themselves with the idea that the 2015 contest was somehow hijacked by a bunch of left-wingers who joined over the summer. The truth is very different – and shows just how big the challenge facing those MPs who want to get rid of their leader really is. In fact, if we’d looked hard enough at Labour’s membership even before it surged over that summer, then we probably should have seen Corbyn coming.

Just after Labour lost last May’s general election, we surveyed its grassroots members as part of a study of party membership in 21st Century Britain. Rather than being presented with a pre-cooked list of runners and riders, those members were asked to write in who they would like to see take over from Ed Miliband. Out of 1,180 Labour Party members we surveyed, just two (yes, two) wrote down ‘Jeremy Corbyn’. A few months later he won the leadership by a landslide. So how on earth did that happen?

Certainly, the influx of £3 supporters over the summer helped. But we have no hard evidence that it proved decisive. Indeed, Corbyn would have won even if the franchise been restricted to members only. True, Corbyn won ‘only’ 49.6 per cent of the membership, as opposed to the 83.8 per cent of registered supporters and the 57.6 per cent of ‘affiliated’ (mainly trade union) supporters. But even if more rounds of counting had proved necessary, it is inconceivable that he would have failed to pick up sufficient second preferences to have put him over the top on members’ votes alone.

Just as importantly, many of those members who helped elect Corbyn were already in the Party before the contest was even declared. YouGov, which conducted the fieldwork for our survey, also carried out a couple of polls of the Labour leadership electorate during the summer of 2015. Those polls suggested that almost two-thirds of members voting in the leadership contest had joined the Labour Party before, not after, the 2015 general election.

Admittedly, it looks as though the ‘old’ members were rather less keen on Corbyn than the ‘new’ members. In YouGov’s final poll in September – the one which saw them get the actual result almost spot-on – Corbyn was more highly rated by those who had joined after the general election than before it. Among those new-joiners, Corbyn won 62 per cent, as opposed to 51 per cent among those who joined when Ed Miliband was leader, and 42 per cent among those who were members before he became leader in 2010.

True, there were a slightly greater number of younger party members (and a slightly smaller number of older members) in YouGov’s final poll than in our survey.  But the difference (5 percentage points when it came to the 18-24 group and 3 percentage points when it came to the over 60s) was hardly huge. Socially, three-quarters of the members in YouGov’s later poll could be classified as broadly middle-class, which was also true of the members we surveyed back in May. Men were in the majority in both cases (62-38 in May compared to 59-41 later that summer). Old and new members also came from the same regions of the country: 46 per cent from London and the South, 47 per cent from the Midlands and the North.

In fact, many of those members we surveyed in May 2015 were included in YouGov’s poll of Labour members conducted just before the leadership election. Tellingly, some 44 per cent of them had by that stage decided to vote for Corbyn.

The two reasons for the swing

This huge swing to Corbyn among those members who were already in the Party at the general election of 2015 was arguably down to two things. First, there was – right from the start – very little enthusiasm for any of the other candidates. Second, there was a good deal of latent dissatisfaction, as well as latent demand for a leader who was even more socially liberal and economically left-wing than Ed Miliband.

When we asked members to write in who should succeed Ed – back when Jeremy Corbyn received two mentions – Andy Burnham was the nominal front-runner among those who eventually stood. But – and this is a big but – he was the choice of a mere 18 per cent of members, while Yvette Cooper was on 8.5 per cent and Liz Kendall on just 2 per cent.  Indeed, the most striking thing was that, in May 2015, nearly 4 out of 10 grassroots members of the Labour Party (37.5 per cent to be precise) said they didn’t yet know who they wanted as leader. Add that to the 34 per cent who named somebody other than the four candidates who eventually made it onto the ballot, and we perhaps had every reason to expect the unexpected.

But attitudes mattered too. When we asked grassroots members in May 2015 to place themselves on a left-right spectrum running from zero (‘very left-wing’) to ten (‘very right-wing’), the average score was 2.39 – slightly to the left of the average SNP member and only just to the right of the average member of the Greens.

On specific issues, 9 out of 10 Labour members who were in the Party in May 2015 wanted to see government redistributing income and thought cuts to public spending had gone too far – hardly surprising, perhaps, when nearly half of them were public sector employees. Meanwhile, probably reflecting the fact that between 60 and 70 per cent of them were middle-class graduates, eight out of ten Labour Party members in May 2015 thought that immigration was a good thing.

When asked to rank the qualities they most valued in a leader, Labour members in May 2015 put a premium on he or she having strong beliefs, while very few put the ability to unite the party top of their list. Finally, around a third of members in May 2015 didn’t feel the leadership paid them much attention and a quarter felt it didn’t respect them; 6 out of 10 wanted ordinary members to have more influence on policy.

Given all this, Jeremy Corbyn’s rise to power was, in effect, an accident waiting to happen.  Grassroots members – whether they joined before or after he was nominated by MPs – weren’t so much ‘waiting for Jezza’ in particular as longing for someone, anyone, like him – or, more precisely, someone, anyone, like them – to come along and tell them what they wanted to hear. Persuading those members that they were wrong will take quite some doing.

You can read more about the ESRC Party Members Project here.

Monica Poletti is an ESRC Post-Doctoral Fellow in Politics at Queen Mary University of London, a Guest Teacher at the London School of Economics and a Research Fellow of the COST-Action ‘True European Voter (TEV)‘ project. 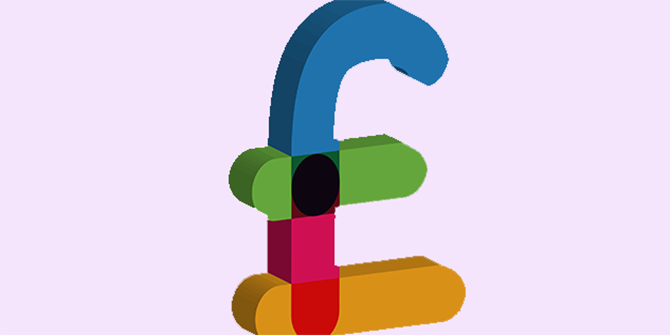