The Pensions Bill that is working its way through Parliament allows the government the ability to suspend auto-enrolment duties at any time, for any reason. Craig Berry argues that the government must take consultations seriously and that exceptions to auto-enrolment should be based on more specifically defined circumstances.

As Nigel Stanley and I write in Third Time Lucky: Building a Progressive Pensions Consensus, consensus-building is paramount to pensions policy. Policy decision can take years, even decades, to make a difference – they might have to survive several changes of government (not to mention ministerial changes) to deliver the desired impact on people’s retirement outcomes. This is one of the reasons that government consultations on pensions are extremely frequent, and usually quite open-ended affairs, reflecting the consensual nature of this policy area more generally.

But there are worrying signs that this is no longer the case. The Pensions Bill currently working its way through the House of Commons offers us a prime example. Pensions provision in the UK is currently undergoing the ‘automatic enrolment’ revolution, with employers required to enrol most of their workforces into a pension scheme, and make contributions above a minimum level. Clause 34 of the Bill, however, grants the government the power to create exceptions to these requirements through regulations without parliamentary approval. Exceptions can be created that are ‘framed by reference to a description of worker, particular circumstances or in some other way’. In other words, the government may suspend auto-enrolment duties at any time, for any reason.

This would be bad policy, just as it is bad for Parliament’s oversight of areas of government policy that might have a significant impact of large numbers of people. But it is also bad manners. When the Department for Work and Pensions (DWP) consulted on the possibility of lessening the administrative burden of auto-enrolment duties on small employers, they suggested creating exceptions to the employer duty in three specific circumstances:

Exceptions based more narrowly on these kinds of examples would represent a sober and proportionate policy response. Yet the Bill makes no reference to these examples, nor suggest what kind of circumstances may lead to an exception being created. Labour has rightly demanded therefore that regulations arising from Clause 34 are approved by Parliament, and that they are made ‘only for the purposes of resolving inconsistencies and/or making technical adjustments and may not be made to achieve substantive changes in policy’.

DWP has recent form in this area. Last year they consulted on a new ‘earnings trigger’ for auto-enrolment of £9,205. People earnings less than this amount have no right to be auto-enrolled into a pension by their employer. The government ended up implementing a trigger of £9,440, which had not been consulted on. This made a bad policy worse, but moreover, undermined stakeholders’ trust in the consultation process.

DWP is far from the only or worst offender, even in the specific area of pensions. In a recent consultation on investment limits in the Local Government Pension Scheme, the Department for Communities and Local Government (DCLG) treated the exercise as a plebiscite, seemingly to justify a decision that ministers had already taken. The government’s response stated that ‘a total of 51 respondents supported Option A ie increase the limit on investment in partnerships from 15% of a local authority pension fund to 30%, with 15 not in favour… In view of the fact that some 80% of those responding to the two main options supported Option A… the Minister decided to move speedily to remove the perceived barrier’.

The impression given is of a government acting decisively in the face of overwhelming demand from stakeholders, when the opposite is probably more true. The document offers no breakdown of the type of respondents supporting the measure, nor those in opposition. This is despite the fact that all of the trade unions that responded – the only respondents who actually represent the members of local government pension schemes – were in the dissenting camp.

Policy will sometimes go against particular groups of stakeholders, and sometimes it will go in their favour. And directly elected politicians with a parliamentary majority of course have the right to make whatever decisions they like, even bad ones, irrespective of the views of organised interest groups. But in a policy area like pensions, consultations must be taken as seriously by government as they are by the groups responding to them.

Craig Berry is Pensions Policy Officer in the TUC’s Economic and Social Affairs Department. He joined the TUC in 2012, and his previous jobs include Policy Advisor at HM Treasury, Lecturer at the University of Warwick, and Head of Policy at the International Longevity Centre. He completed a PhD, on globalisation and British trade policy, at the University of Sheffield in 2008. 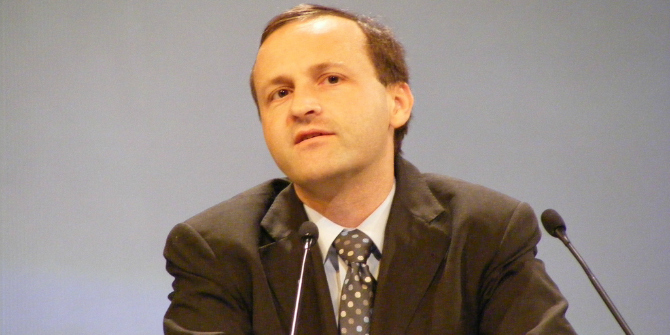