Research by Roger Kline found that minorities were over 3 times less likely to get hired for a post at NHS Trusts in England than white applicants. Black applicants who were shortlisted were nearly twice less likely than white applicants to be appointed, indicating significant discriminatory hiring practices. Given some of the issues with actually getting data on hiring practices, he argues that it is essential that good data is collected by the Trusts so that they can grasp the problem at hand. Staff also need to be engaged with and hiring standards set and enforced.

Ten years ago Tony Blair prefaced a Cabinet office paper on race equality by stating that “[i]t is nearly 40 years since the first Race Relations Act. It is clear that racial discrimination in the labour market still persists….. in ten years’ time, ethnic minority groups should no longer face disproportionate barriers to accessing and realising opportunities for achievement in the labour market.”

One decade later our research suggests that race discrimination in the largest single UK employer of ethnic minority staff, the National Health Service, is alive and well. We set out to analyse the recruitment patterns of sixty randomly selected NHS Trusts in England using a web based search. In the Trusts which had published recent data that could be analysed (half, i.e. 30), we found that black and minority ethnic (BME) applicants for posts were 3.48 times less likely to be appointed that white applicants. Even harder to explain, other than through a prism of discriminatory practice, was that even after black applicants had been shortlisted (and presumably met the person specification for the job) white shortlisted applicants were 1.78 times (almost twice) more likely to be appointed.

Our data suggests there has been little or no improvement in the last five years since the last similar (and more comprehensive) survey showed similar patterns of discrimination in NHS recruitment. This suggests the problem has persisted despite a number of national initiatives designed to stamp out discrimination such as Positively Diverse, Positive Action in the NHS, and The Equality Delivery System.

Just as worryingly, recruitment data for the new lead organisation for the NHS, charged with leading on race equality, is even worse. NHS England has just filled thousands of new posts. For senior manager posts in NHS England, white applicants were between four and six times more likely to be appointed than black applicants. Even the HR lead for NHS England agreed the ethnicity data “does not make for easy reading”. It certainly does not.

Our literature search found that every single survey of pay and grading, promotions, career advancement, treatment and disciplinary processes over the last two decades confirmed patterns of discrimination in which the ethnic origin of staff appears to be a factor in their treatment. Black nurses, for example, take 50% longer to be promoted than white nurses whilst BME nurse graduates find it much harder to find their first job. Research funded by the NHS Institute for Innovation and Improvement, with the support of NHS Employers, showed that “overall, BME staff were almost twice as likely to be disciplined in comparison (to their white counterparts)”. NHS Trust grading pyramids have snowy white peaks with very few BME staff in grades 8C and above.

We encountered a data problem familiar to previous surveys. Only half (30) of the Trusts selected published recruitment data that was sufficiently recent and in a form that allowed analysis. In 2010 Archibong and colleagues found that only one-fifth of all NHS Trusts published recent disciplinary data that could be included in their study whilst in 2012 the Equality and Human Rights Commission (EHRC) survey of public authorities’ implementation of the duty to publish information reported approximately half of English public authorities were fulfilling the Equality Duty requirement to publish equality information on their staff and service users.

Following the Francis Inquiry report on Mid Staffordshire, the NHS is acutely aware that without reliable data, policy making and practice is likely to be flawed. Yet on an issue that denies patients access to the best possible staff, many Trusts appear to not collect, and certainly don’t publish and use, data on ethnicity and employment practices. Without data to inform policy, it is difficult to see how NHS employers are able to identify challenges, never mind address them. Even where data is available too many employers did not identify what changes to practice the evidence of discrimination might trigger.

This is important for three reasons. Firstly, it is self evidently in the interests of patients that the best staff get appointed. Our research results raise a serious doubt about whether this is happening. Secondly, since such discrimination in recruitment parallels well-documented discrimination in other aspects of employment, the combined impact on BME staff will inevitably lower morale. Anecdotal evidence supports this conclusion. Thirdly, there is now substantial research evidence showing a clear correlation between how staff are treated and the patient experience. Four years ago NHS funded research analysed the links between the 2007 hospital inpatient survey and the NHS staff survey and found that patient satisfaction in acute trusts was highest where there were fewer reported incidents of workplace discrimination. There was also a correlation between a lower proportion of black and ethnic minority staff reporting experiencing discrimination and a higher level of patient satisfaction including trust and confidence in nursing staff.

So what should good employers do? They should make sure they collect data, publish it and analyse it. They should do so not just across the Trust as a whole, but by department and by profession. The NHS Staff survey can assist such drilling down. They should engage with staff, including BME staff, to explore the reasons for their findings and to develop practical responses to deal with any discriminatory practices they discover.

They should also make sure not only that all managers have thorough training to avoid the unintended consequences of “appointing people like us” or of stereotypes in disciplinary hearings, but that the chief executive personally leads by example. Good employers should surely apply the same principle to tackling race discrimination as they would to patient safety or care quality. Find the data, involve staff, set standards, enforce them and monitor. Given the intimate link between staff treatment and care quality and safety, how black staff are treated surely ought to be part of the Care Quality Commission inspection process. Oh, and if NHS England are to really going to lead on race equality, they need to publicly accept their own shortcomings and demonstrate these values in setting their own priorities.

Roger Kline is Visiting Research Fellow at Middlesex University and is an Associate of Public World who published the report. 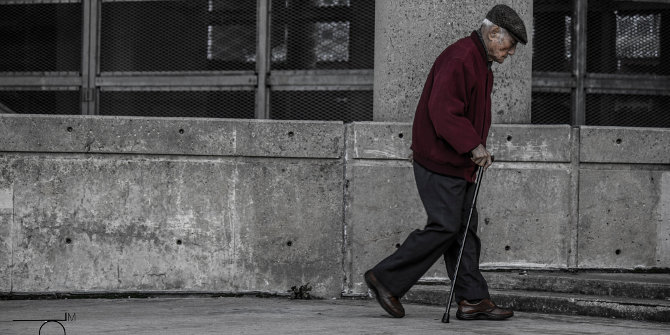