With the recent accusation that Michael Gove has been sending ‘mixed messages’ over academy schools, it is clear that the policy is still  very controversial. Stephen Machin and James Vernoit take a step back and compare the academy schools created by Labour with the new ‘coalition academies’  that have either opened this autumn or applied for academy status since May, and finds the latter are likely to reinforce advantage and exacerbate existing inequalities.

The education policies of the coalition government have reawakened controversy about academies, stemming largely from the changing aim of the academies programme under the new government’s plans to significantly expand the academies programme significantly. To do so, it initially asked every headteacher in England if they would be interested in academy status. By 31 August 2010, 170 mainstream schools had made an application to convert to academy status. Progress has been rapid, and 31 of these schools have had their application accepted and started operating as academy schools in September 2010.

The gradual introduction of academy schools into England’s educational system has been a controversial policy innovation. Supporters passionately believe that academies can make a real difference to pupils’ educational outcomes, while critics claim that they are just a way of privatising the state education system by stealth. But who is right – and what impact will the coalition government have on academy school policy?

Academies are independent, non-selective, state-funded schools that fall outside the control of local authorities, and are managed by a private team of independent co-sponsors. The sponsors then delegate the management of the school to a largely self-appointed board of governors.

An academy usually has around thirteen governors, with seven typically appointed by the sponsors. Each governing body is responsible for employing staff, agreeing pay and conditions of service with its employees and deciding the school’s policies on staffing structure, career development, discipline and performance management.

The first clutch of academies was opened in September 2002 by the Labour government with the clear policy aim of improving educational outcomes in deprived areas. Poorly performing schools were awarded academy status by taking over or replacing schools that were either in special measures or seen as under-achieving. The hope was that the combination of independence to pursue innovative school policies and curricula, with the experience of the sponsor, would enable academies to drive up the educational attainment of their pupils.

The performance of academy schools

For the academy schools that have been open for a shorter time than two years, we do not find any significant improvement in GCSE performance. This may explain why an earlier study was unable to find any positive effects of academy status on pupil achievement.

Overall, these results suggest that academy schools can deliver faster gains in GCSE performance than comparable schools. Given the preliminary nature of these findings, we are reluctant to draw too strong a conclusion. But it does seem that converting to academy status – at least under the Labour government’s model of converting disadvantaged schools to academies – may actually deliver significant improvements in GSCE performance. At the same time, we need to be patient for any performance enhancing ‘academy effect’ to emerge. 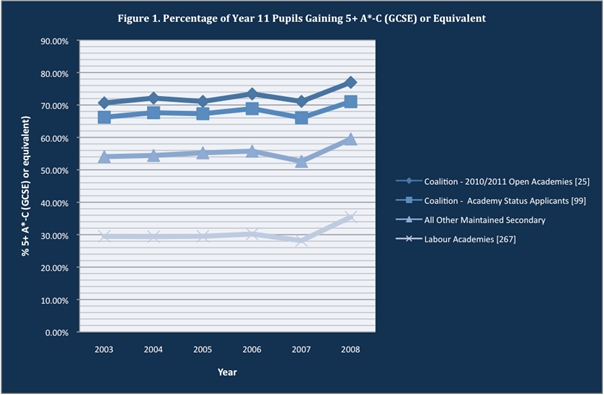 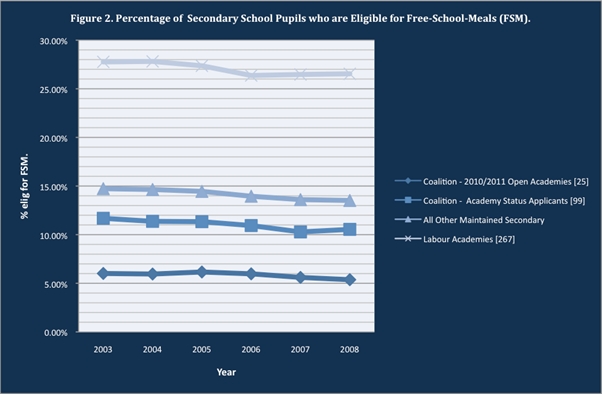 The ‘coalition academies’ contain far lower proportions of pupils who are eligible for free school meals, and they are considerably better performing schools in terms of GCSE results.

Following the change of government, there has been a U-turn in academy schools policy. Under the Labour government, the programme was aimed at combating disadvantage, and we find evidence that it may actually have achieved this objective in schools that have had academy status for a long enough period.

Under the coalition government, the academies programme is now likely to reinforce advantage and exacerbate existing inequalities in schooling. At a time of budget restraint, it seems natural to question whether the large expenditure involved in converting these advantaged schools to academies is justified.

This article first appeared in the autumn issue of the Centre for Economic Performances’ magazine, Centrepoint. 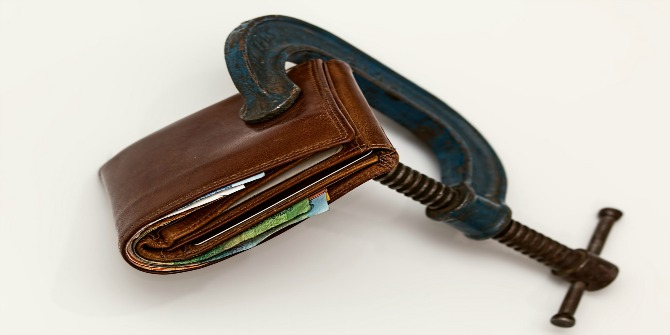