In July, the UK’s Foreign and Commonwealth Office launched a review of the balance of competences in the EU. It aims to review the EU’s powers and what they mean for the UK. David Seymour argues that the review should not be dismissed as a pointless exercise, as it has the potential to make the benefits of the UK’s EU membership clearer, and to identify what reforms are needed to improve the way that the EU is run.

Cynics on both sides of the European divide were always going to leap on the review into the Balance of Competences between the UK and EU as a meaningless exercise designed to kick the can of dissent within the Conservative Party up the road. Indeed, that would have been the natural reaction before the details of the review were known and the Government’s intent was properly appreciated.

Such cynicism is no longer appropriate, as a reading of the Foreign Secretary’s speech when he announced the review in the Commons shows. The crucial passage was:

“This…will be a valuable exercise for deepening understanding in Britain of the nature of our relationship with the European Union and how it has evolved over time, and will provide a constructive and serious British contribution to the public debate across Europe about how the EU can be reformed, modernised and improved.”

No one would call William Hague a Eurofanatic – far from it. Yet if this review achieves what it could with full co-operation across the entire political, business and third-sector spectrums, it is possible that it might just lead to a really significant change in the European Union, not just in this country but across the other 26 member states too.

So to answer the cynics who are prepared to dismiss the exercise before its details have been announced (and these include J. Clive Matthews who in his recent article on this blog proclaimed “The UK’s ‘audit’ of EU law is a waste of time”) let us consider Mr Hague’s proposal.

Does the nature of our relationship with the European Union need to be better understood? It certainly does. The British people have been increasingly subjected to a barrage of misinformation, distortions and downright lies about the EU for over two decades. It began with Rupert Murdoch, as he admitted during his evidence to the Leveson Inquiry on press standards. Now the British press is overwhelmingly hostile to the EU.

The review will produce figures and statistics which should become the accepted models in debates about the EU. It doesn’t mean the antis will accept them, but at least the British people will have genuine figures on which to base their opinions.

Does there need to be a public debate about how the EU can be reformed, modernised and improved? Of course there does. And not just in this country. There can’t be anyone, however supportive of the European Union, who doesn’t believe that it is desperately in need of reform and improvement. That has been made even more obvious by the crisis in the eurozone.

Unfortunately, politicians in all countries have failed to give a lead on reform. It might just be that the Hague review could encourage others to do something similar, which could result in widespread demands for specific changes. A better European Union won’t stem the demands of those whose only interest is in seeing the UK get out but, by identifying the positives – financial, social and organisational – while reducing the negatives, it would make the benefits of membership clearer, as well as improving the way the EU is run.

This is the challenge of the Hague review. It can be ignored and dismissed as a pointless exercise or it can be used as a timely vehicle for identifying the changes which need to be made in the European Union, including the UK’s relationship with it. This is not to dismiss the problems: the reaction of politicians here, the inevitable derision of much of the press, not to mention vested interests which don’t want change.

Whatever shopping list comes out in response to the review, there will be difficulties. But there will also be opportunities, if it is handled properly. This Government’s record so far on dealing with our European partners is not good. There is time to improve our relationships and demonstrate that we want to be at the heart of Europe, for the good of Britain and of the whole of the European Union.

David Seymour – Nucleus
David Seymour is Consultant Editor of Nucleus and former Political Editor of the Mirror Group. He moderated a debate on 28 September on the Balance of Competences Review organised by the European Parliament Information Office in the UK. 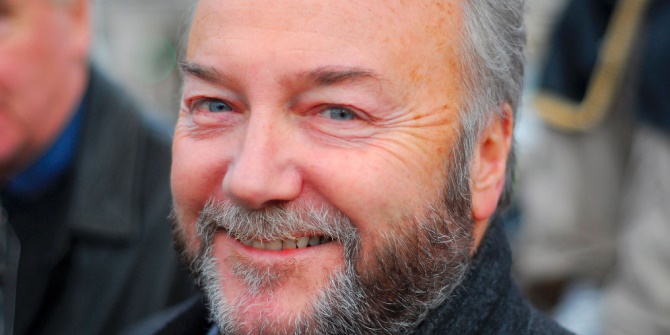 Latest State of the Race for Polling Day, Thursday May 6