The lobbying bill smoke-screen and tax-rises for top income earners: Top 5 blogs you might have missed this week

On openDemocracy’s OurKingdom blog, Jonathan Gray writes about the lobbying bill, which is now set to become law after three amendments by the House of Lords were defeated this week. “Far from shining a light on the activities of the influence industry, the proposed registry would exclude the vast majority of commercial lobbyists, covering as little as 5 per cent of all lobbying activity.”

Also on OurKingdom, Graham Allen, the Chair of the Political and Constitutional Reform Select Committee, is interviewed by Oliver Huitson regarding the lobbying bill, saying “[t]he law is very ineffective, and only partial, and I think a lot of that is because parliament wasn’t effectively involved in the first place”. 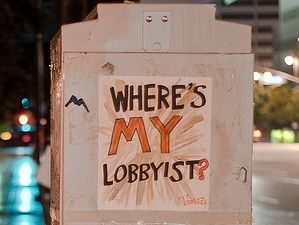 On the Stumbling and Mumbling blog, Chris Dillow points to the parallels between supporting tax-rises for top income earners and immigrations caps: both policies are opposed by critics for reducing the supply of skilled workers and entrepreneurs. Therefore, “[opposing] tax rises whilst supporting immigration caps … requires some considerable mental gymnastics.”

On Mainly Macro, Simon Wren-Lewis points out that the dramatic rise in pay for top executives began to take off at the same time that tax rates on top incomes were substantially reduced in the 1980s. “The problem with lowering the top rate of income tax is that it encourages the executive class to engage in efforts to raise their pay at the expense of everyone else.”