Looming strikes, cuts for cancer patients and the Ed and Dave show: round up of political blogs for 11 – 17 June

Looming strikes, cuts for cancer patients and the Ed and Dave show: round up of political blogs for 11 – 17 June

The Milibands and the Labour party

Following the hype surrounding the leaked memos concerning Ed Balls and Tony Blair last week, the blogs were all over the speech David Miliband planned to make had he been elected party leader, published in full by the Guardian.

Sunny Hundal at Liberal Conspiracy believes that the speech illustrates why it’s better for Labour that Ed Miliband won, but Fraser Nelson at The Coffee House believes that Labour is working towards a decade in opposition.

The Staggers compounds the difficulties being faced by the Labour leader by reporting a ten point drop in voter confidence in Labour’s ability to manage the economy, as Alex Smith and Luke Bozier make a pitch for the party to become more comfortable with enterprise. Anthony Painter signs off at Labour List with a post on solidarity.

At PMQs, Ed comes out fighting and scores a direct hit as he ties Cameron up with some stats on cuts for cancer patients, with MacMillan backing up his assertions. Even The Coffee House expressed a grudging admiration for the opposition leader.

Tony Dolphin at Left Foot Forward provides an economic update and suggests that all vital signs will remain weak throughout the rest of the year. Richard Murphy at Tax Research UK suggests that Osborne’s plans to split the banks won’t work and Liberal Conspiracy shows that the UK is still six years away from the pre-crash jobs level, despite some erstwhile good news (with caveats).

As the teaching unions come out in favour of strike action, Mike Smithson at Political Betting wonders how the coalition will handle its first major industrial confrontation, with Tim Montgomerie at the Tory Diary suggesting that the unions see Cameron as a bit of a soft touch. However, by Friday it is Danny Alexander who has put himself in the firing line over public sector pensions.

In a speech held at the London School of Economics, Shadow Chancellor Ed Balls argues that the current economic plan is not working and accused George Osborne of putting politics before economics. He also calls for a VAT tax cut which wins approval from Guido in light of a drastic fall in retail sales.

Jonathan Isaby at Tory Diary argues that too many U-turns put the government in danger of a growing lack of confidence from the public and its own MPs. Indeed Will Straw at Left Foot Forward notes that the public have overwhelmingly backed the Archbishop of Canterbury’s scathing attack of government policy.

Liberal Conspiracy looks closer at the results of a poll by Comres, showing that only one in five members of the public welcome the NHS reforms. The Coffee House notes that the government hope to have taken the heat out of the issue with their partial U-turn last week, but resentment is still bubbling underneath the surface. Liberal Democrat Voice argues that the NHS Bill is now substantially improved, and The Westminster Blog takes a look at who is the most powerful person in the NHS.

Sunny Hundal at Liberal Conspiracy blogs on news that Labour have voted ‘no’ to the Welfare Reform Bill on account of the fact that it ‘fails on compassion and fails on creating work’.Labour List discusses responsibility and welfare

Anas Sarwar MP outlines the reasons why continuing aid to India is an absolute necessity, and other MPs seem to agree.

With the recent showing of Channel 4’s hard-hitting documentary investigating allegations of war crimes in Sri Lanka, The Staggers notes that the international community should not let the Sri Lankan government off the hook.

Waseem Zaffar at Labour Uncut notes that despite positive gender discrimination being introduced by Labour years ago, there remains a lack of gender balance in many local councils.

Women’s Views on News rounds up on the London SlutWalk and Left Foot Forward argues that cuts to legal aid will create a great risk to women already suffering from domestic violence.

Ed the leader, a leak at the MoD, and Labour edges ahead in the polls: round up of political blogs for 25th September to 1st October 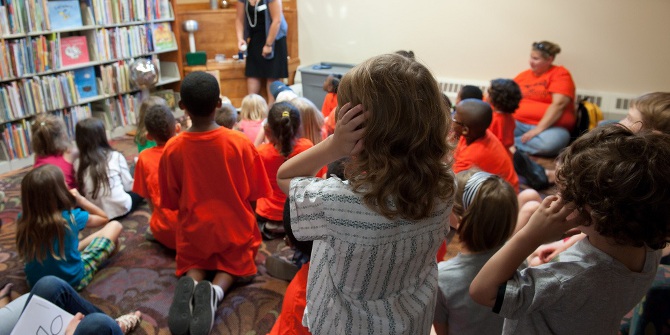 Rather than pursuing a dogmatic view of an ‘ideal’ European Union, we should cultivate greater debate about the nature of Europe and our place within it.