Omar El-Khairy reviews the latest title by Bernard Crick, concluding that tensions around active citizenship have never been hotter.

Active Citizenship: What Could it Achieve and How? Edited by Bernard Crick and Andrew Lockyer. Edinburgh University Press. 224 pages. October 2010.

Ever since the New Labour project became the dominant ideology of British politics in the late 1990s, there has been renewed interest in and debate on the subject of citizenship. Politicians now speak of more community and voluntary involvement in the business of good government and a just society; the most recent incarnation being the Tories’ Big Society plan. With the political tug of war over the meaning and value of (national) citizenship, Active Citizenship: What Could it Achieve and How? attempts to wrestle this discourse back into more radical terrain. On the subject of active citizenship, to which Bernard Crick’s work has been central, this collection of essays looks into the potential of replacing passive democracy, grounded on unsocial individualism and consumer values, with a more republican ideal of active citizens – willing, able and equipped to have an influence on public life.

The premise of this timely publication is to explore the disparities between the party debates and proclaimed policies of recent governments and the actual practice of citizenship. All the contributors, including academics, practitioners and political actors, consider the possibilities for active citizenship to a broad range of concerns in UK politics. In each case the author considers the particular socio-political consequences of the UK becoming a ‘citizen culture’ and how such a culture could be further nurtured. The authors, who on the most part believe a radically more active citizenship is a worthy aim, spell out in their particular area of concern, the obstacles faced and how they might be overcome.

The tone is firmly set by Bernard Crick’s first essay on ‘Civic Republicanism Today’, in which he lays out an alternative history of citizenship theory to the dominant liberal tradition. All the other contributors take up Crick’s baton to put forward correctives to the overly individualistic, litigious and inactive nature of contemporary political life. The essays by this diverse array of contributors cover a broad range of interrelated topics and the particular role a more participatory citizenship could play – these include recent Labour government policy, Scottish Devolution, as well as more sociological explorations into the impact on gender equality, youth, multiculturalism and integrating immigrants.

Active Citizenship’s diagnosis of the socio-economic havoc brought about by over twenty years of neo-liberal policies starting from Thatcher, expanded by Blair and now fully realised with the current coalition is eruditely laid out. However, the problem with this volume is rather more epistemic. In the wake of the spending cuts implemented by the coalition government and the recent mass demonstrations over tuition fees, the tensions over the limits of active citizenry have come to the fore. The problem with all the essays is that they presume that the ideal of active citizenship should be pursued at the level of institutional and governmental policy – through pressuring institutions and bodies in order to form a better collaboration between citizen and government. The editors are right to search for new ways of ‘doing politics’, particularly in these austere times, but as the occupation at Milbank tower clearly showed, not only do a vast section of society feel that active citizenship simply isn’t enough, but that the current levels of state violence also warrants hostility rather than collaboration.

If, as the authors point out, the passive liberal citizenship nurtured under New Labour needs to be undermined, then it will take far more than simply appealing to state institutions and calling for corrective policies. The authors fail to realise that the struggle is not so much over citizenship, but more concretely over our public spheres.

In an age of precariousness under contemporary globalization there is a necessity to move away from parochial ideas of citizenship and acknowledge the relationships that are being formed outside of formal institutions and bounded territories. A predisposition to regard the nation-state as the primary sphere of citizen’s rights and responsibilities not only limits the imagination necessary to bring about substantive change, but it also occludes the outernational relationships and that are already taking place amongst global denizens in many parts of the world.

Omar El-Khairy is a PhD candidate in political sociology at LSE. Read more reviews by Omar. 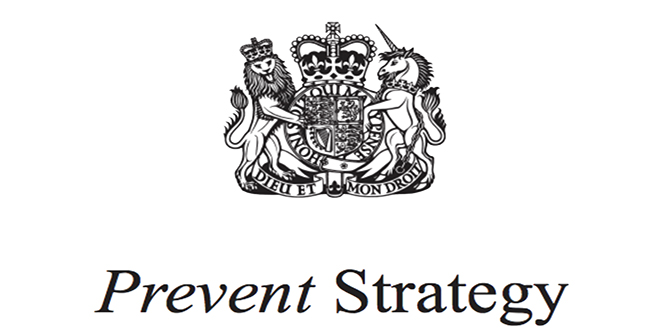