This book is a timely collection of essays on Labour’s second period in office during the international financial crisis of 1929-1931. Contributions by leading historians and younger academics bring fresh perspectives to Labour’s domestic problems, electoral and party matters, relations with the Soviet Union and ideological questions. Many of the chapters offer a valuable and fresh perspective on the period, but Laura Beer believes it is unlikely to significantly advance the debate about the state of British politics between 1929 and 1931. 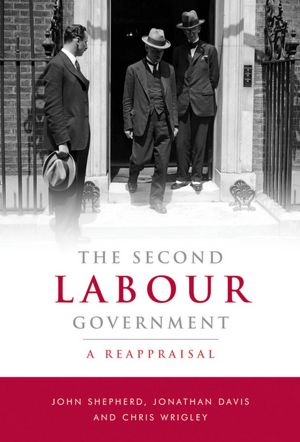 This volume grew out of a conference at Anglia Ruskin University in Cambridge in May 2009. When the conference was held, Gordon Brown’s Labour government was facing an economic crisis not entirely dissimilar to that faced in the summer of 1931 by the Second Labour government. Unemployment was on the rise, domestic credit had dried up, and international lenders were questioning the country’s credit-worthiness.

While the parallels should not be overdrawn – most significantly, Brown commanded a parliamentary majority, whereas the Second Labour government was, like the first, a minority administration – the resonance with the past was hard to ignore. As the editors make clear in their introduction, “neither the conference nor this collection was or is an exercise in comparing 1929-31 with Gordon Brown’s last years in office.”

The chapters cover questions such as the social make-up of the 1929 Labour vote, the government’s policy towards the Soviet Union, and the relationship between the leadership and backbenchers. To have imposed too strict a comparative straitjacket on the volume would have obscured the extent to which the two administrations differed in composition and context. At the same time, a focus on the links between 1929 and 2009 might have given the volume more argumentative and analytical thrust.

The principal debates in the historiography of the second Labour Government concern the government’s economic decision-making and the viability of an alternative policy being adopted, and the degree to which the 1929 general election should be read as a breakthrough for Labour. Robert Skidelsky and Ross McKibbin have infamously disagreed over the first question for the past three decades. More recently, Duncan Tanner, to whom the volume is dedicated, reignited the debate over Labour’s electoral support in 1929 with his essay, ‘Class Voting and Radical Politics: the Liberal and Labour Parties, 1910-31.’ Beyond these two contested areas, historians have also questioned the legacy of the second Labour government, with much of the more interesting recent work in this field by scholars such as Rhiannon Vickers dealing with Labour’s foreign policy successes.

The first chapter in the volume, Andrew Thorpe’s study of the sociological make-up of the constituencies that supported Labour in 1929 is the most significant contribution to the second debate since the publication of Tanner’s essay 15 years ago. Thorpe extensively mined the 1931 census data to better determine the actual social make-up of the “middle-class” constituencies that Tanner identified Labour as winning over in 1929. He determines that, “Labour’s advances in the larger towns and cities were coming very much in the working-class areas,” and consequently he “caution[s] against seeing Labour as making too many advances in the middle-class vote” (p.30). Clare Griffiths’ monograph, Labour and the Countryside: The Politics of Rural Britain 1918-1939, dealt with Labour’s electoral appeal to the agricultural constituencies. Here, Griffiths considers the MacDonald government’s approach to agriculture while in office. She emphasizes the competing pressures of helping agriculture as a “national interest” and upholding the principal of free trade and thereby defending the consumer (a view strongly championed by the Chancellor of the Exchequer Philip Snowden).

Chris Wrigley’s chapter speaks to the ongoing debate over the feasibility of the economic road not taken in 1931, emphasizing that Ernest Bevin in particular was receptive to new approaches to reviving the economy, including devaluation and reflationary policies. Daniel Ritschel’s chapter, like much of his recent work, makes the case for Oswald Mosley’s ideological idiosyncracy and the coherence of his economic thinking from his ILP through to his New Party and later BUF incarnations.

David Howell’s concluding chapter summarizes the impact of 1931 on the Labour party, emphasizing the ascendance of the trade unions and the suspicion of intellectual pretension.  His chapter represents the volume’s sole attempt to engage with present politics, ending with a call for the Labour party of today to invent “another tradition that can legitimize an alliance between workers and progressive intellectuals,” as “the current uneasy coalition of economic and social liberals committed to attacks on the poor and dispossessed justified in the name of necessity requires a response from Labour.” (219)

Many of the chapters offer a valuable and fresh perspective on the period. Several, and particularly Thorpe’s chapter on the composition of the 1929 Labour vote, will likely be read individually and widely cited by political historians. Collectively, graduate students will find the chapters a welcome overview of several key debates on the second Labour government. Yet, the volume doesn’t transcend its origins as a conference collection, and, while intrinsically interesting to political historians, is unlikely to significantly advance the debate about the state of British politics between 1929 and 1931.

Laura Beer is an assistant professor in history at American University. Her research focuses on modern Britain and she is particularly interested in the ways in which politics both influences and is shaped by cultural and social life, and in the role of the mass media in modern society. She holds a PhD from Harvard University. Her first book, Your Britain: Media and the Making of the Labour Party was published by Harvard University Press. She is the co-editor, with Geraint Thomas of Lady Margaret Hall, Oxford, of a forthcoming volume of essays, provisionally titled Brave New World: Imperial and Democratic Nation-Building in Britain between the Wars. Laura is currently researching a book-length study of the impact of the enfranchisement of women on the conduct and content of party politics in twentieth century Britain, and is planning a biography of the British socialist, feminist, and international activist, Ellen Wilkinson. Read more reviews by Laura. 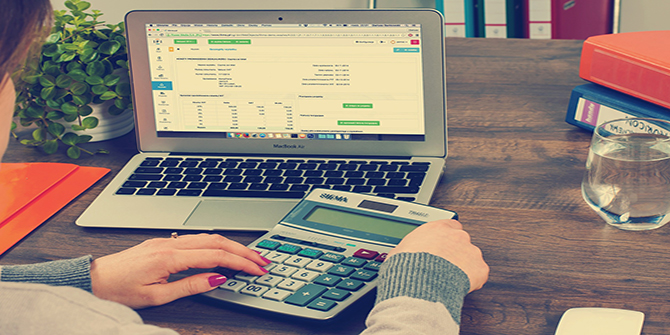