Jonathan Dean writes that there is an unease in the way in which political science addresses social media and digital politics. He argues that the discipline needs to avoid such squeamishness if it is to adequately grasp the texture and character of contemporary politics.

In May 2017, the BBC broadcast a pre-election Question Time special. In it, a total of nine white male audience members vociferously denounced Jeremy Corbyn’s support for nuclear disarmament. Soon after, a composite image of the nine men started circulating on social media. Dubbed the “wall of gammon” (partly on account of the complexion of the men depicted), its rapid circulation was such that “gammon” soon entered the wider political lexicon – particularly among young left-wingers – as a pejorative shorthand for old, angry, white male Brexit voters. A debate soon ensued as to whether the widespread take-up of the term reflected a more general incivility and mean-spiritedness in British political debate.

As well as posing questions about the civility (or otherwise) of political debate, the “gammon” incident is testament to the capacity for online visual media to shape the parameters of wider political discourse. Indeed, upon a cursory glance at “political twitter” it becomes clear that the use of memes, gifs, and other forms of visual media is now a commonplace mode of political communication. The Metro newspaper even went so far as to carry a post-election feature article entitled ‘The Memes that Decided the Outcome of the General Election’. At a minimum, it is clear that memes matters for politics.

In a recent article in Political Studies Review, I argued that students and scholars of politics who aim to take “memeification” seriously face a number of challenges. These arise from three main orthodoxies concerning the nature and scope of political science research, and the role of the political analyst. In the first instance, political science research has long been skewed towards aggregate analyses of elections and public opinion. Such analyses, while useful, tend to bypass a more granular analysis of the everyday feelings and practices of politically-engaged citizens (such as the creation, circulation, and consumption of visual media). A second problem is that when social media is subject to political science analysis, it tends to be viewed in consequentialist terms. By this, I mean that social media tends to be seen in terms of its impact on (for instance) electoral outcomes or democratic decision-making processes. It tends not to be seen as part of the very fabric of politics itself.

A final problem has to do with the relationship between politics and emotion. Feminist and anti-racist political theorists have frequently criticised the rationalism at the core of mainstream political science. This rationalism works to downplay the role of feelings and emotions in politics. As a result, memeified politics tends to fall under the political science radar precisely because it is sustained by a broad range of feelings and sentiments, starkly at odds with political science’s rationalism. All of this serves to place the discipline in a strange situation: visual media are increasingly central to the everyday languages and practices of politics, and yet too often our instincts are to ignore them, or at least keep them at arm’s length.

Fortunately, however, adjacent disciplines, most notably media and communication studies, play host to a wealth of methodological and analytical tools which could potentially help politics researchers overcome this widespread squeamishness towards memeified politics. Examples include Andrew Chadwick and Jennifer Stromer-Galley’s analyses of how political movements and mobilisations are shaped by the interplay between traditional and new media, or Zizi Papacharassi’s mapping of the feelings and sensations that characterise socially-networked political movements. Even more interesting is a wave of recent work by scholars in the US – such as Jessica Beyer and Adrienne Massanari – which consists of immersive ethnographic analysis of some of the murkier corners of the internet. Both authors provide rich, fine-grained depictions of the everyday cultural norms and practices that sustain self-consciously transgressive online communities such as Anonymous and Pirate Bay (in Beyer’s case) and Reddit (in Massanari’s). Much of the content of these online spaces may be unpleasant, and at times utterly toxic. However, an implication of the work of both authors is that to better understand the texture of socially-mediated political communities we need to zoom in and try, as far as possible, to make sense of the shared vernaculars and norms that characterise them.

The fact that this kind of immersive, fine-grained analytical work has primarily been undertaken in media and communications studies rather than political science is, I think, testament to two phenomena. One is the persistence of arbitrary yet often harmful divisions between academic disciplines. The second is an aversion towards socially mediated political engagement that one often finds in political science, but which can also be found in mainstream political commentary more widely. As others have pointed out, the dominance of the so-called “Westminster Model” of British politics scholarship means that to be a “proper” political scientist is to have an appropriate degree of reverence and respect for the central institutions of British government. Memeified politics – with its accompanying ethos of irreverence – is thus seen as inappropriate, both as an object of academic study and as a way of actually doing politics.

There is, of course, a debate to be had about the democratic potential of memeified politics. But for this to be a useful and well-informed debate (rather than a set of kneejerk responses), we will need detailed, fine-grained academic analysis of different aspects the memeification of politics. To be equal to this task, we may need to get over our squeamishness.

Note: the above draws on the author’s published work in Political Studies Review.

Jonathan Dean is Associate Professor of Politics at the University of Leeds. 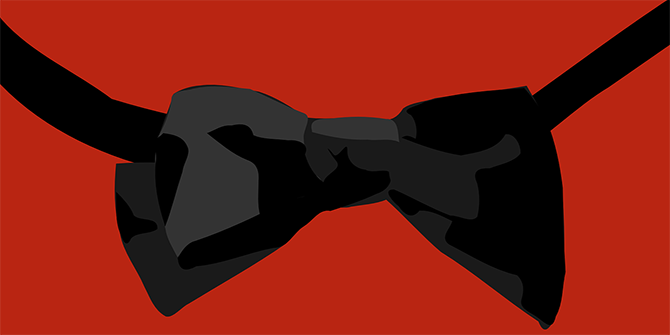