The memories of the London 2012 Olympics and Paralympics will remain with us forever, but what did those four weeks tell us about ourselves, our society’s values and its possibilities? This collection of critical reflections aims to address the reality of the Games’ impact, question what the ceremonies and Team GB represented, and deconstruct the organisers’ claims of economic regeneration and boosting participation. Lindsay Harris finds this an important and enjoyable read. 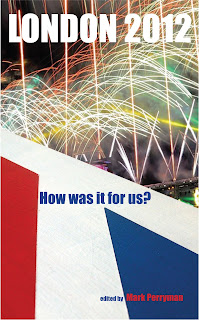 Just over a year after the torch was extinguished ending the 2012 Olympic and Paralympic Games, the debates about the pros and cons of hosting this mega-event continue. London 2012: How was it for us? edited by Mark Perryman provides an excellent looking glass into the various angles of the age old argument of “Is hosting the Olympics a good thing?” Perryman has gathered here a wide range of writers who cover a myriad of London 2012-related topics, from multicultural Britain to the technicalities of what makes a paralympian, from unemployment to mass media. In a single word, this book is excellent. Neither the arguments nor the content is one sided. Even the writers themselves contradict one another from chapter to chapter, but what stands true throughout the book is that “the Olympic Games mattered” (p. 10).

Perryman discusses the various inequalities that were made all the more obvious during the Olympics; the male-centric nature of the event; the irony of the exquisite Olympic park being situated across some of the poorest boroughs of London; the blatant consumerism and brand-hype; and the public frustration that the number of people who experienced the Olympics live was only a minute percentage of those who could have. This was the crux of Perryman’s argument – the ‘could have, should have, would have’ benefit which can only come with hindsight. Whilst both interesting and engaging, I felt Perryman’s expectations of the 2012 Olympics were far too great for any single mega-event to achieve. His frustration with the all encompassing branding of the Olympics and the official sponsors is nothing new. The huge scale of mega-events like the Olympics developed out of what John Nauright calls a “sports-media-tourism complex”. Sometimes the media-tourism hype of the event can even overshadow the sport itself. Perryman’s frustration is well warranted but it is likely that the branding and sponsorship of such events will only get more convoluted and politicised.

Another of Perryman’s frustrations was the accessibility of the games. He points out that many of the events – his pet peeve being the hockey – were held in purpose-built venues which can only hold a relatively modest-sized audience unlike the existing Twickenham rugby stadium (90, 000+) or the Emirates football stadium (60, 000). Perryman argued that this limited spectator options. However, I think if there was a fault on the part of the venue organisers it was that they underestimated the power of the Olympic fever that would harness London. The alternative of event upon event held in near-empty stadiums would, I think, have been far worse.

Another concern Perryman raises is the predictability of the medal winners. As a South African whose living room was almost entirely dominated by either “The Star-Spangled Banner”, “God Save the Queen” or “Zhōnghuá Míngúo gúogē” I have to agree. However, this is not an issue which was London 2012’s responsibility to solve. As Perryman himself concludes, “You can’t keep politics out of sport…Sport is politics”. Therein lies the core reason for the repetitive nature of the Olympic medal tables. The Olympics is, after all, merely a microcosm of the international political economy.

One of my favourite chapters was that written by David Howe, “Supercrips, cyborgs and the unreal paralympian”. A paralympian himself (1988-2000), Howe explains the intricacies of the various categories of events offered at the Paralympics. Not only this, but he provided a refreshing look at the complex politics surrounding this event as technological advancements begin to eliminate the effect of a disability, in some cases even creating an advantage. This is particularly true in the case of double amputees where “modern technology makes having no lower legs an advantage over having one” (page 136). Considering this, Howe is of the view that athletes with such prosthetics should not be eligible to compete in the Paralympic Games. I agree with Howe that prosthetic developments are occurring so fast and with such success that they are unbalancing the previously even playing field created by the category system employed at the Paralympics. However, what of those athletes who compete in the variety of wheelchair events? Just as there are much improved options for prosthetic limbs, so these improvements also apply to the wheelchairs used in these events. Instead of limiting participation of such athletes in the Paralympics I would instead argue that the fast rate of technological advancements calls for more stringent regulations and potentially increasing the number of categories so that double amputees and single amputees do not compete in the same events. The problem here lies in the already limited pool of participants.

The diversity of content and writing styles, view points and arguments makes this book a highly entertaining read. The chapters are cleverly put together and the book as a whole is both intelligent and easy-to-read. It is not surprising that the issue of the ‘legacy’ of the Olympics was raised in one way or another in almost every chapter. This is as repetitive a topic as the nations represented in the medal table. A mega-event does, by its very definition, require considerable investment by the hosts and it is unreasonable to expect that the return on this investment can be measured in pounds, nor that the problems experienced prior to the event will miraculously disappear by the mere act of hosting. The benefits are far more subtle and far-reaching. The Olympics and events like it serve to unite nations so that for a short time we can see only the things that make us the same, not those that divide us.

Lindsay Harris is a Monitoring and Evaluation (M&E) specialist currently working in South Africa in the field of public health. She has an MSc in Human Rights from the LSE and an MPhil in M&E from the University of Stellenbosch. Her current research interests includ ethe legacy of sports mega-events, and the evolution of South African politics, public health, and human rights discourse. Read more reviews by Lindsay.