The diverse essays included in The Coalition Government and Social Policy: Restructuring the Welfare State, edited by Hugh Bochel and Martin Powell, provide a fascinating and useful contribution to our understanding of recent political history in the UK, argues Mike Pym. The editors’ intention is to ‘locate the coalition’ in the political landscape and uncover the themes that persisted throughout this unusual period; how the Coalition led to a dramatically altered welfare state; and what this suggests about the direction of the current Conservative government. 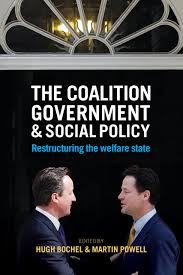 One of the most interesting things about the recent Coalition government is how much it did to change the welfare state, yet how little its policy approach differed from the governments that preceded it. The continuity of political ideas should come as no surprise, but the degree of contraction of the state perhaps should. If there is one word that pervades Hugh Bochel and Martin Powell’s The Coalition Government and Social Policy: Restructuring the Welfare State, and underlines both elements of continuity and change, it is austerity. Austerity has provided both the permission for, and the direction of, social policy: the guiding-light to the phrase, ‘Restructuring the Welfare State’, which forms the book’s subtitle.

The Coalition Government and Social Policy comprises sixteen contributions from a wide range of UK academics, which Bochel and Powell have corralled into a rounded history of social policy over the period 2010 to 2015. It is probably the first detailed analysis of this episode, which ended with the return of the Conservative Party to power after almost twenty years. The book combines a review of specific policy areas, including criminal justice, health, housing and education, with crosscutting themes, such as governance, administration and public opinion. It is a first class introduction to the recent past for anyone intending to study this time period as well as for those simply wanting to check the pulse of the modern British state.

Powell has written much about the Blair government’s impact on the welfare state as has Bochel from the Conservative Party perspective; their book therefore benefits from editors with such broad insight. It is lively and readable, and provides an excellent introduction to this relatively unexplored period. With the attention of the UK currently directed towards the relative costs of EU membership, immigration and ‘Brexit’, there might be a tendency to overlook the narrative that brought us to where we now stand, contemplating a deepening of the channel that separates us from those beyond. 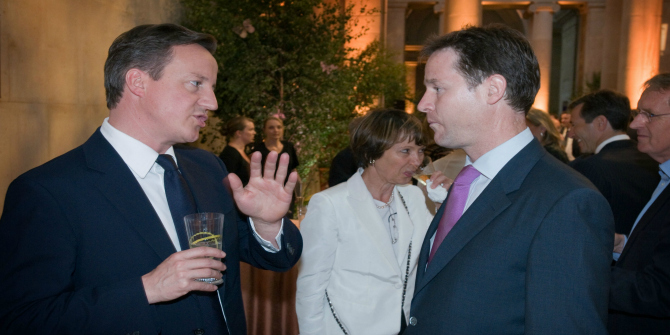 In this book, Bochel and Powell are looking for the themes that underpin developments in social policy in the UK, and the implications for the current Conservative government, elected in 2015. They compare the Coalition to both the 1979-97 Conservative governments and the 1997-2010 Labour governments. They also look at the ways in which the Liberal Democrats influenced the policies that emerged from the Coalition, and how the views of the party had changed to enable it to work with the Conservatives. In doing so, the authors present a coherent picture of how the neo-liberal consensus has evolved in the United Kingdom over the longer term and how methods of administering it have developed across the social policy spectrum.

In her chapter on the governance of social policy, Catherine Bochel points to the ‘broad preference’ for the market for service delivery and the shift in responsibility from the state to individuals, families and, to a lesser extent, communities. This transfer of responsibility feels Victorian, but she provides context through her elaboration of contemporary theories of public administration and the Coalition’s use of specific tools like localism, the ‘Big Society’, ‘nudge’ and arms-length government: terms which already seem as quaint as ‘Next Steps’ agencies, ‘back to basics’ and the Citizen’s Charter.

The underlying mechanics of management development – how ideas of management are formulated, implemented and evaluated – are most interesting. What emerges is an explanation of how authority is used by governments in a world of fragmented delivery, with diverse and often conflicting objectives. This investigation of power and control is perhaps more important than is often understood.

Health is one of the few parts of government to be shielded from the full force of the Coalition’s austerity programme. However, it is an area where reorganisation was undertaken on a grand scale under the watchful eye of its architect, Andrew Lansley. According to Rob Baggott’s chapter on health policy, New Labour’s commercialisation of health in the preceding period laid the foundations on which the Coalition could build. The influence of the Liberal Democrats was observed in their reaction to the attempt to distance ministers from responsibility for healthcare provision, forcing a ‘pause’ in the legislation and a redrafting to include significant amendments and clarifications.

Nevertheless, there was little appetite to stop the reforms, which had a destabilising effect, according to Baggott. This, combined with the limited real terms funding settlement, resulted not just in the decline of public satisfaction with the NHS, but also the spiralling deficit we now see. Even in healthcare, protected as it was, the impact of the austerity agenda is writ large.

Hindsight allows the strands that make up the policy of any particular period to be visualised as one cohesive whole, even if it does suggest an elaborate line of thought that may never have existed. Policymaking in government is, after all, as much a response to events as it is a rolling out of ideology. Nevertheless, Bochel and Powell do paint a clear picture of the Coalition’s values and objectives. The emphasis on the development of ideas from the preceding Labour and Conservative governments allows the Coalition to be historically contextualised. Understanding the intended destination of the Conservatives in Coalition and now the Conservatives as a majority government is important, and the contributors have provided a signpost, even though it simply says ‘more of the same’.

Coalition governments typically emerge at times of stress and uncertainty – the previous full Coalition being 1945 – and the consequences of the 2008 crash have significantly affected peoples’ lives. So it may have been useful to include more about the Coalition’s approach to finance and banking in the book, given the underlying market agenda and the role of market failure in events. The allocation of responsibility across society might also explain why ‘austerity’ pervades the whole book and how it now seems accepted as something quite normal: no longer something to be fought against, but even embraced. Quoting the Conservative Party manifesto from 2015, the editors of The Coalition Government and Social Policy point out that the ‘Great Recession has given way to a Great Revival’, and the lens has been deftly inverted.

Mike Pym has a master’s degree in Politics from Durham University and is now a finance professional with experience in a wide range of NHS settings. Read more reviews by Mike Pym. 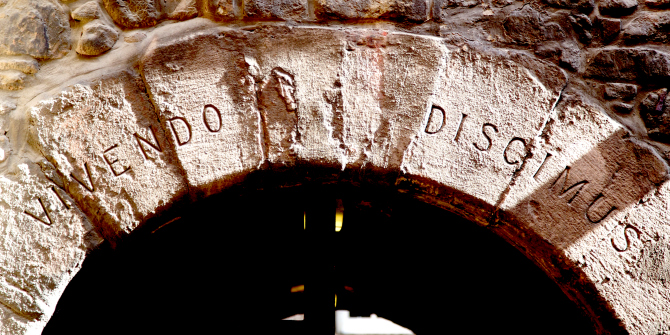 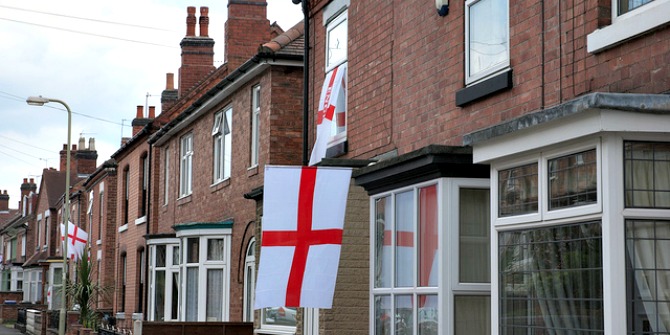