Book Review: The Purple Book: A Progressive Future for Labour

Book Review: The Purple Book: A Progressive Future for Labour 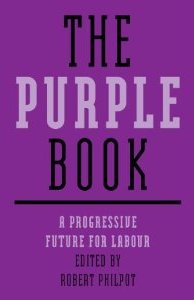 Back in April this year, on the subject of a new exciting volume due to be published by a vogue Labour think-tank, Rachel Sylvester for the Times (£) pondered as to “whether David Miliband will write a chapter, [as] he sympathises with the aims of The Purple Book”. As it happened that Miliband did not write a chapter, but his spirit was very much present.

If asked to summarise the book in a policy soundbite, I’d plump for what David said to the National Council for Voluntary Organisations’ annual conference in 2006, as local government minister:

Which all seems noble enough, but what’s new?

The more cynical view of the book’s message is the following:

During his first interview after winning the leadership election of the Labour party, Ed Miliband declared the era of New Labour over, which is what made his foreword all the more awkward.

Having said that, however, he did fail to mention New Labour in his description of what the party must do next, and spoke about the Liberal Democrats as though it is set in stone they’ll crumble to nothing come the next election – neglecting to mention that on issues such as the health and social care bill they have effectively created an opposition within the government, gaining where Labour themselves have been all but silent.

Indeed the assumption that Labour will effortlessly win the argument is tossed to one side come Robert Philpot’s introduction anyway. He criticises the “safety-first” approach which underpins the instinctive reaction to blame the coalition for spending cuts when in fact polls suggest blame is levelled largely at Labour for the collapsing of the economy.

However, Philpot’s eventual attempt at a solution suffers its own ideas deficit. Under the guise of “revisionist” politics, Philpot’s message is to ensure Labour is on the right side of history come what may, and in spite of the party’s principles the first rule for Labour is to win elections.

This may seem obvious, but it seems dubious in a book which wants to hold a mirror up to Labour’s lack of ideas to suggest the point of modern politics is not to win arguments, but to dupe people into voting for you; if this is the best we have in the party then it is high time to worry.

The Purple Book is no more a book of ideas than the Tories are the party of the poor. However, there is plenty of whinging.

From Peter Mandelson taking on the “Guardianistas” and those for whom voting changes nothing, to Frank Field’s throwaway comment about immigrants flooding the labour market; instead of being very forward-looking the book reads as a rather bitter realisation that Blairism was mostly hot air, and in order to provide a right-wing Labour critique of the current administration they are going to have to pump it out all over again.

As Stephen Twigg admitted in his chapter, under Ed’s leadership the Labour party has seen a spike in members joining – but it is still some 200,000 members shy of the 400,000 Labour had in 1997. What one cannot help but ask while reading this series is: will this inspire people back to the party, or is this the sound of people in the Westminster village moaning to other people in the Westminster village? It shouldn’t take a genius to work out the answer to that.

One of the most infuriating chapters is authored by Paul Richards. In it, Richards romanticises upon the community spirit in the days of Kier Hardie’s working class politics, and evangelical Christian days. He rightly glorifies the success of what the early socialists in the Labour party have achieved to enrich our society from the misery of feudalism’s hangover.

But who killed that spirit? Who appealed to the rhetoric of the “local” while, to the contrary, embracing city greed, presiding over the widening of the rich/poor gap? It wasn’t Old labour.

It was Richards’s creed, the Blairites and New Labour – and though I agree with him in his chapter that we need “more Hardie, less Stalin”, nothing has done more to slaughter the ‘little platoons’ of community empowerment than neo-liberalism, which Blair took to like a duck to water.

To say the book is all bad would be lying, of course.

Rachel Reeves is right for denigrating the Tories’ abandonment of savings programmes such as the savings gateway which has the potential to really empower people and families, for example, while Liz Kendall was also on message to criticise attacks on universal care and Sure Start. But unfortunately these were exceptions, not the rule.

For the most part, the constant referencing to RH Tawney and GDH Cole – which would otherwise be welcomed were in not done in the most vacuous way – served as an attempt to mask the fact appeals to the empowerment of local communities remain empty epithets for which one questions the sincerity of the authors describing them.

In advance of the Labour party conference in Liverpool many groupings were battling to capture the soul of the party, now the Blair years are behind us. In spite of the desire to set out future goals, The Purple Book sounded more like an SDP/Liberal Alliance manifesto, on the back foot, swearing its allegiance to the empowerment of individuals and communities when in fact economically they are on a par with the Conservatives.

Just before its release Graeme Cooke of the Institute for Public Policy Research (IPPR) accused Labour of still partying like it was 1995 – I contest that Progress think it’s 1981, only rather than breaking away from Labour like the gang of four did, they will justify their existence inside it by using the trump card “revisionism” (which they seem to use as code for unashamed Blairism).

On what the book did say it was bland; on what it didn’t say it was tragic.

While there was some talk of the importance of the NHS in Tessa Jowell’s chapter – especially on Foundation Trusts and mutualism – the book lacks any attack on the Tories’ plan to saturate the health service with private provision. To be sure, if a government keen to ensure a double devolutionary shift views central government monopolies as suspicious, then what will it make of private providers similar to Helios being entrusted with health services? We can only speculate.

After the 1945 election, when Labour won a landslide victory, Bertrand Russell, mourning the defeat of the Liberals, declared his party was finished. In actual fact it was just the beginning, and although throughout their history from Liberals to Liberal Democrats they have had minimal power, they persisted and refused to die.

Seemingly, Labour’s instincts on the Lib Dems are the same: That they’ll just pass away of embarrassment, and that therefore we can sit back and just consider their old constituency of core voters our own potential support base as a reaction. But that is unhealthy.

Nick Clegg will flog his dead horse for as much as he can get, and worse still may even get something for it, while Labour sit devoid of any ideas, because they spend too much time listening to such narcissistic texts as The Purple Book.

Carl Packman is a health researcher, writer and blogger. Read more about Carl on our reviewers page. This review was originally published at Left Foot Forward. 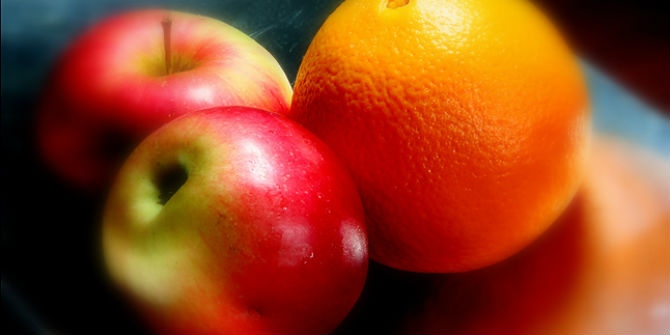