Public housing has always been financially sustainable – it is political choices over the past forty years that have sought to undermine social tenure, writes Stewart Smyth. He explains how housing policy has evolved in Northern Ireland and makes the case for a new approach.

It was a tragic and unwelcome co-incidence to launch a report about public housing in the same week of the horrific fire in west London’s Grenfell Tower. We will need to wait for the investigations to establish the exact causes of the fire but one conclusion is immediately evident. This tragedy arose from an environment of cuts in funding, de-regulation, outsourcing and privatisation policies that have been applied to all public services over the past forty years. Even before the austerity policies of the Coalition government, council tenants suffered from what was known as the Moonlight Robbery.

In 2008/09, council tenants in England paid £1.4 billion more in rent than the management and maintenance allowances spent on their homes. In the following year, according to the government’s own calculations, it was estimated that Kensington and Chelsea needed an increase of nearly £5 million in that year alone, in repairs allowances.

Each news report brings more allegations and evidence of building and fire regulations and inspections being out of date and not fit for purpose. And then there are the privatisation policies – based on the neoliberal view that the public sector is inefficient and bureaucratic and the private sector is innovative and provides good value for money. In other words, public sector bad – private sector good.

This is the ideology that gave rise to the privatisation of council homes through the Right to Buy, introduced in the Housing Act 1980, and a range of partial-privatisation arrangements. One such arrangement is the Tenant Management Organisation (TMO) that managed the Grenfell Tower.

When New Labour came to power they refused to fund council housing directly, forcing local authorities into PFI schemes or arm’s-length management organisations (like the TMO in Kensington and Chelsea) or large-scale voluntary transfers (also known as stock transfers). It is the last of these schemes that is now being introduced into Northern Ireland. 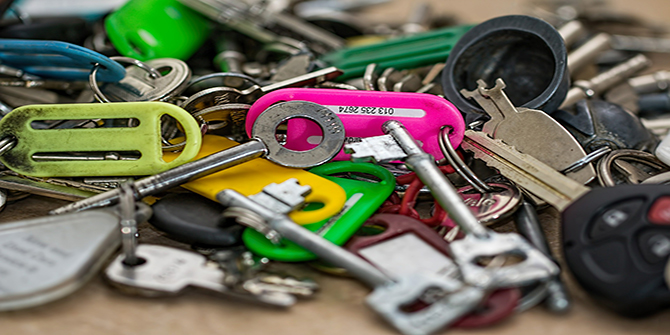 Sectarian discrimination in local authority housing allocations up to the late 1960s was one of the key issues taken-up by the NI Civil Rights Association. Before the start of the Troubles, Bloody Sunday, and the subsequent armed campaigns by both Republican and Loyalist paramilitaries, housing was the cause of rioting in 1969 in Belfast and across NI. The Westminster government’s report into these disturbances identified the inadequacy of housing provision, unfair means of allocating new build homes, and mis-use of discretionary powers to ensure Unionist control of local government.

One of the final acts of the Labour government in 1970 was to set in motion the establishment of the Northern Ireland Housing Executive and transfer all local authority housing to this new body. Over the intervening decades the Executive has been one of the success stories in NI to such an extent that a PwC report in 2011 stated:

Since its introduction nearly 40 years ago it has delivered significant social benefits throughout Northern Ireland with the quality of the housing stock having moved from one of the worst in Western Europe to what is now regarded as best quality stock. It is rightly regarded nationally and internationally as a leading authority on ‘best practice’ on both housing management and community building.

However, not all political parties in NI share this view of the legacy or the performance of the Housing Executive. For the past five years, successive DUP ministers in the Department for Communities (and its predecessor) have sought to break-up the Housing Executive through internal re-organisations and a policy of stock transfers.

Stock transfers are aimed at moving public housing ‘off-balance sheet’ for the government, by giving the housing to a housing association. Housing associations are private limited companies, which have a not-for-profit basis often with a charitable status. Historically, for government accounting rules, they are considered to be in the private sector and so can borrow without hitting the government’s debt numbers. [In practice this position has continued despite the recent ONS decisions to classify housing associations as quasi-public corporations]. This private finance is then used to fund the maintenance and improvements of the homes transferred.

There are two major problems with this policy, as the initial stock transfers in NI have highlighted. First, housing associations have to charge higher rents. This is because they have a higher cost structure than the NI Housing Executive (NIHE), partly due to the private finance they use. It is more expensive for housing associations (as medium-sized private companies) to borrow than it is for the Housing Executive (as a large public corporation).

For example, in the proposed transfer on the Grange estate, Ballyclare rents are to increase by 18 per cent. In this estate over 70% of NIHE tenants are on full or partial housing benefits; resulting in public money going straight to a private landlord so that they can pay interest to financial institutions, and tenants not on housing benefit having to find that money themselves.

Second, housing associations do not perform as well as the NIHE when it comes to responding to repairs. For example, if the repair needs to be completed within four days, the NIHE achieve the target in 97.5 per cent of cases. The same number of housing associations is just 82.4%. What we get with stock transfer is the old story of privatisation – higher prices and worsening services.

It is estimated that the NIHE needs £300 million a year for the next five years to start the maintenance and upgrade programme caused by years of underfunding. At the end of 2016 the then NI Finance Minister estimated the cut in Corporation Tax would cost £270 million a year off the block grant. If that money was redirected, a prudent estimate is of 4,200 new jobs in housing alone with increased economic activity of £900 million per year. These are real and achievable economic outcomes that are within the control of the Assembly; rather than gambling on potential investment decisions, made in boardrooms of multinational corporations.

The NI Executive government are in a fortunate position of having a major body, the NIHE, with an outstanding track record of improving the living conditions for tens of thousands of people over the past forty years. However, recent years have seen a concerted effort by some politicians to break-up the Housing Executive, and, in the process, this legacy of improving living conditions has been lost. It does not have to be like this. The new NIPSA report, Our Homes, Our Future, sets out a number of recommendations for both the NIHE and housing more generally. Another housing policy is possible – one that is based on putting the basic human need for shelter before money and profit.

Stewart Smyth is the author of a new report – Our Homes, Our Future: Protecting Public Housing – published by NIPSA. He is director of the Centre for Research into Accounting and Finance in Context in the Management School at the University of Sheffield.

Posted In: British and Irish Politics and Policy | Featured | Housing | Party politics and elections | Public Services and the Welfare State