Timothy Wittig describes how terrorists interact with the everyday economy and lays to rest the myths on how some of the world’s most notorious terrorist organisations themselves, reviewed by Kerwin Datu. 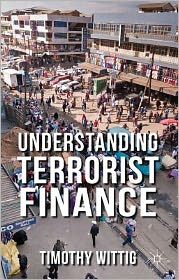 As Timothy Wittig recounts, 13 days after the September 11 2001 attacks in New York and Washington, President George W. Bush announced an executive order freezing the assets of 27 organisations purported to engage in or support terrorist activities. In a similar vein, the UK’s own Counter Terrorism Act 2008 gives the Treasury broad powers to direct the financial sector in its dealings with any persons, organisations or foreign governments deemed to be providing financial support to terrorism.

These policies operate on the belief that “terrorist groups typically have vast, unified, and often quite sophisticated financial infrastructures”, which can be suffocated if their access to global financial mechanisms is choked off. Wittig cites Tony McNulty MP, the UK’s former UK Minister of State for Security, Counter-Terrorism and Police, who declared that while the July 7, 2005 bombings in London “cost less than £5000 … the infrastructure that supports the terrorist organisations themselves costs millions.”

However, Wittig presents some fairly damning evidence that these policies are based on quite a few myths, which this book, Understanding Terrorist Finance, is designed to lay well to rest. For starters, he lists all 45 groups designated as Foreign Terrorist Organisations by the US State Department, and estimates their communities’ access to formal financial services. For many of the world’s most notorious terrorist groups, including Al-Qa’ida, Al-Shabaab, HAMAS, and the Pakistani Taliban, only 14% of their communities have access, making the impact of the West’s counterterrorist finance policies “negligible” for each of them.

Wittig cites former US Treasury official John Cassara to explain what this means: “my feelings crystallized after talking to a South Asian businessman … In a damning statement he told me, ‘Don’t you know that the terrorists are moving money and value right under your nose? But the West doesn’t see it. Your enemies are laughing at you.'”

The reality Wittig is at pains to show is that there is not some vast shadow economy channelling funds to terrorists, but that terrorists draw many kinds of material support from different parts of the everyday economy, much of which has little to do with the movement of money. Understanding terrorist finance means understanding how terrorists interact with the everyday economy, not assuming that they operate in an alternate financial universe.

These interactions include conventional employment, trading, bartering, donations in cash and in kind, distribution of food and medicine, as well as the more nefarious smuggling and cross-hauling of drugs, weapons, vehicles and people. To understand terrorist support completely, Wittig suggests, one must understand the economies of each of these individual activities. Quite a lot of this activity occurs in the informal economy, but largely because the economies they occur within are predominantly informal anyway.

It makes good sense, Wittig argues, to analyse terrorist support as interactions with existing value chains. For example terrorist factions may participate in value chains, adding value in exchange for securing resources for themselves, or intervene in value chains to secure these directly.

This raises a fundamental political question. It makes it much harder for policymakers and counter terrorist efforts to determine what economic activities count as terrorist support, and what merely support terrorism by accident, as it were. The problem can no longer be a technical one, but becomes a political decision about how much we are willing to intervene in various economic processes to frustrate the material support of terrorist groups, and who we are willing to criminalise to do so.

The book is very clear and precise in its treatment of the concepts, myths and assumptions that underpin current counter terrorist finance efforts, and the realities with which they are methodically replaced. The primary research on display here is limited to a single case study of the Chechnya-Georgia border region, though given the profound personal difficulties involved in conducting such fieldwork, perhaps this is as good as one can hope for.

Book Review: After Defeat: How the East Learned to Live with the West