Scottish voters will decide on 18 September 2014 whether to remain in the United Kingdom or to become an independent country. James Foley and Pete Ramand argue in Yes: The Radical Case for Scottish Independence that Scotland must go its own way, but that this should only be the first step in a more radical transformation of Scotland. Richard Berry applauds the book for its distinctive take on the debate and for exposing flaws in the arguments of both pro-union and mainstream pro-independence campaigners, but finds that it fails to convince readers that a Yes vote will help bring about the reforms the authors advocate. 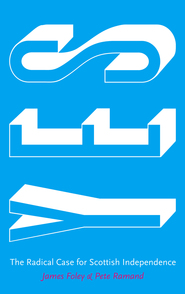 James Foley and Pete Ramand are founding members of the Radical Independence Campaign – a left-wing organisation associated with, but separate from, the mainstream pro-independence campaign led by the SNP – and have written one of the most distinctive of the many books on Scottish independence to be published since the SNP government set out its plans for a referendum. Their polemic eschews the usual debates about the constitutional implications of September’s vote, or the competing pull of Scottish and British identities, in favour of a full-blooded assault on the UK state’s prevailing ideology and economic strategy.

The argument presented in Yes is more complex than readers might have expected when picking up a book with that simple, one-word title. In many ways, the authors’ intention is to expose a series of myths built up around the independence debate, perpetuated by both Scottish nationalists and the pro-union camp. For instance, one of their first priorities is to prove why the issue of the size of an independent Scotland is an irrelevant distraction, answering those who argue that a nation of five million is either extremely vulnerable (unionists) or well-placed to compete (nationalists) in a global economy. They show that economic performance since the financial crisis bears no relation to country size; rather, those who have performed badly are those who have more firmly embraced austerity and the neoliberal consensus.

The primary target of the authors’ anger is something they call the ‘missing link’ in the independence debate: British nationalism (p.37). But they stress they are not referring to extreme fringes of British opinion, represented by UKIP or the BNP. Rather, Foley and Ramand argue that British nationalism is the all-embracing ideology of all major Westminster parties, and is defined by its support for the US-UK alliance, neoliberal economics and militarisation.

It is the next stage in the argument that defines the book, however. Foley and Ramand recognise that there is support for social democracy in the mainstream Scottish nationalist movement, but reject the lazy assumption that Scotland would automatically adopt a Nordic-style politics and economy post-independence. The book offers a refreshingly frank look at the reality of Scotland’s political life, in particular the strength of its homegrown capitalist elite. Half of Scotland’s land is owned by 432 people (p.49), the wealthiest Scots earn 273 times more than the poorest, and Edinburgh has a greater proportion of children in private school than anywhere else in the UK (pp.9-10), they point out.

In chapter 3, entitled “Caledonia PLC”, the authors explore the extent of corporate dominance in Scotland, for instance, the economy’s continuing dependence on the financial sector. This would make uncomfortable reading for Scottish nationalists, as the authors note the ‘cosy relationship’ between the failed bank RBS and the SNP. The suggestion is that even after independence, it would be very difficult to achieve the radical reforms the authors are advocating. The authors admit this much in their introduction, in a passage that could easily be lifted from a book entitled No rather than Yes:

By itself, voting Yes offers no guarantees of a better, more progressive future, never mind a radical redistribution of wealth and power. Scotland would face creating a new state under hostile circumstances… If Scottish rulers, politicians and managers conform to consensus assumptions about national welfare, and if Scotland’s people do not resist them, we could reproduce many of Britain’s current problems. With minimal rights, and low wages, we could enter a ‘race to the bottom’ with peripheral European economies. (pp.2-3)

Such honesty from independence campaigners is welcome. Unfortunately, the book fails to address the challenge the authors set themselves. In the final chapter, “Scotland vs the Twenty-first Century”, they give an outline for the type of policies they want an independent Scotland to adopt: nationalisation of infrastructure and North Sea oil, a Scottish currency, more progressive taxation, a maximum working week, more open immigration, extended trade union rights, and so on. But nowhere do Foley and Ramand put across a convincing argument for why a Yes vote in September will make any of these reforms more likely to happen; the best they seem to manage is that independence ‘throws the status quo into doubt’ and ‘opens opportunities’ (pp.2-3).

Nor is there any acknowledgement, even in passing, that there might be a radical case for keeping Britain together, making the argument rather myopic: if so much radical change is possible in class-ridden Scotland, why are similar reforms unthinkable in the rest of Britain?

The use of evidence is also flawed, in places. This is particularly so when the authors try to convince readers of the nastiness of British nationalism, relying on dated and obscure examples. For instance, the Labour Party is described as jingoist on the basis that Jim Callaghan introduced virginity tests for female Asian immigrants in the 1970s and some early Fabians supported eugenics (p.42). Similarly, the 600% rise in attacks on Muslims reported to the police in London after the 2005 bus and Underground bombings – compared to a 20% rise in Scotland – is supposedly evidence of higher racial violence south of the border (p.74); however, the authors overlook the context and timing of the reports, the geographical location of the bombings, the unreliability of police crime figures, and any comparable cases.

Despite this, Yes is recommended reading for any student of the Scottish independence referendum. For the stirring rhetoric alone it is an enjoyable read. In analytical terms, Foley and Ramand have met their objective of adding a large dose of reality to the debate, highlighting weaknesses in the pro-union and mainstream pro-independence stances. The book is let down by the subsequent failure to persuade readers of the practical opportunities of a Yes vote, but this should not diminish the authors’ main achievement.
—————————

Richard Berry is Managing Editor of Democratic Audit. His background is in public policy and political research; in previous roles he has worked for the London Assembly, JMC Partners and Ann Coffey MP, and is the author of Independent: The Rise of the Non-Aligned Politician (Imprint Academic, 2008). He tweets at @richard3berry. Read more reviews by Richard.