The reason Boris Johnson became Prime Minister – Brexit – is ironically also the reason his tenure might end before the next election, writes Robin Pettitt. Once Brexit is delivered, the Conservative Party’s need for Johnson will be vastly reduced.

When, possibly sometime in 2021 and certainly before then next general election, Boris Johnson is replaced as leader of the Conservative Party and with that as UK Prime Minister, it will have been for one principal reason: Brexit. Brexit is arguably Johnson’s crowning achievement. Although Cameron gave us the referendum, partly driven by Farage’s decades-long dogged pursuit of what we now know as Brexit, it was Johnson’s support which helped bring the result home. Johnson was very much the embodiment of the Leave campaign, with John Curtice writing: ‘Polling certainly persistently suggested that voters were more inclined to believe what Mr. Johnson said about Brexit than they were the utterances of any other politician, including the Prime Minister’. As such, when the Brexit-driven damage to the UK economy and international standing continues to accumulate after the end of the transition period, it will be firmly associated with him personally.

That is likely to continue to undermine his own and his party’s standing in the polls, something which will make his MPs nervous. They are already extremely restive, as exemplified by backbench Conservative rebellion against Lockdown 2.0. That restiveness is only likely to get worse if poor opinion polls start to become the norm. The Conservative Party is notoriously impatient with leaders that start to look like damaged goods electorally – especially when there are alternatives waiting in the wings, as is very much the case at the moment. Sunak is seen as a favourite, with one poll showing him on net +30 approval (higher than the queen) with swing voters in Scotland, so that is indicative. And although he may well be undone by the economic damage of COVID, there are plenty of very ambitious big names waiting for their chance.

In addition, for some Conservative Party MPs no amount of economic damage or electoral decline is too high a price to pay for Brexit, and they have stood firmly behind Johnson in his efforts to deliver it. However, once delivered, their need for Johnson is vastly reduced. Gratitude is a notoriously fickle asset in politics. A certain level of ‘what have you done for me lately’ will very quickly emerge as ‘delivering Brexit’ is replaced by other concerns such as opposition to COVID measures or the struggle to maintain the blue bricks in the much reduced red wall. Here, Johnson is likely to be of much less use, and with their need for him as the guarantor of Brexit gone, he will have lost a significant group of supporters.

Arguably, and ironically, this factor matches the trajectory of Churchill’s first stint as Prime Minister. Having been propelled into high office by the war, he was ousted when the war was over (in Europe) or on the verge of being won (the Pacific), and other issues, e.g. post-war rebuilding, jobs and welfare, took priority. The mechanism for the fall will be different, but the parallel is interesting. Few Prime Ministers have been so directly undone by the successful resolution of the very issue that, without an election, propelled them to power (at least initially). So, at least in that respect, if in few others, Johnson’s career would match that of his idol.

The alternative to no longer being needed to deliver Brexit is the possibility of any deal Johnson manages to agree with the EU (something which seems more likely now with Cummings’s departure) being seen by hardcore Brexiteers as a betrayal. Either way, Johnson will either be surplus to requirements or a traitor to the cause, and his prospects of staying in post much reduced.

Then there is Scotland. Support for Scottish independence and with it the SNP has seen a steady increase since the 2016 referendum, to a large degree driven by opposition to Brexit. The SNP is currently polling at above 50% in voting intentions, which makes a huge nationalist victory in May 2021 a high likelihood. Things could obviously change between now and then, but those are good numbers for Sturgeon. The SNP will obviously campaign on a demand for a second referendum, which would be difficult to completely block when backed by a significant democratic mandate. In that case, the Union will be in a fight for its life and Johnson is almost uniquely ill-suited to lead that fight. Firstly, Johnson is hugely unpopular north of the border with a net approval rating of -58 points. Indeed, it has been argued that a ‘loathing’ of Johnson is a key factor in the support for independence. In short, Johnson cannot be an effective standard barer for Unionism. Being so unpopular, anything he says will either be ignored or seen as an incentive to support the opposite.

Secondly, many of the emotional appeals to ‘taking back control’, ‘independence’, and ‘sovereignty’ used by Johnson and the wider Leave campaign could equally be applied to the cause of Scottish independence. Just like economic arguments did not work in the Brexit referendum in Scotland, so they are unlikely to work in post-Brexit Scotland. The ‘no’ camp in any future IndyRef2 will need someone who can oppose those emotional appeals. Having rejected the economic arguments for Remain, and having deployed emotional arguments for Leave Johnson could not plausibly reverse the basis of his appeal in the context of arguing for No and against Yes.

The timing for Johnson’s departure is difficult to predict, but barring any sudden changes in the political landscape, it is likely to come after the May Scottish Parliamentary election. A steady erosion of support in opinion polls, the fading of Johnson’s relevance as a standard bearer for Brexit (or his betrayal of that cause), will be joined by the final, and huge, nail of needing someone to be an effective face of Unionism. That could mean a new Conservative leader being in place in time for the 2021 autumn party conference.

So, ironically, the thing that brought Johnson to the highest office in UK politics is also what will end his tenure in that office. Johnson is no doubt a serial political survivor, but the odds against him are becoming insurmountable. Having lived by Brexit, Johnson’s career as PM will also die by Brexit, and sooner rather than later.

Photo by Samuel Regan-Asante on Unsplash. 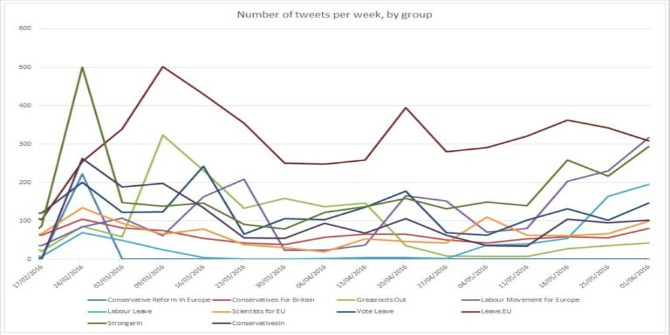