Despite its long membership, Britain has seriously failed to grasp the way the EU works, writes N. Piers Ludlow. Many of the stickiest points in the Brexit negotiations, including the Northern Ireland backstop and the decision to trigger Article 50 so early, reveal a fundamental misunderstanding of how the bloc operates.

The United Kingdom ought to have started the Brexit negotiations with the EU with one distinct advantage. As an insider of 40 years standing, the UK should have been well placed to anticipate virtually every move by the EU27. The Brexit talks should thus have resembled one of those divorce disputes where each party knows every foible of their former partner and is acutely aware of their vulnerabilities and strengths.

Bizarrely, however, this has not proven to be the case at all. Rather than making full use of their inside knowledge to pitch their case in the most skilful fashion possible, the British have instead blundered through much of the Brexit negotiation as if dealing with the EU for the very first time. This highlights how superficial has been the understanding of the system acquired by much of the UK political class during the four decades spent inside the system.

There have of course been some who have understood the EU. They include a few of the ministers, officials and diplomats who have worked in Brussels, a sprinkling of journalists, and some academic specialists. But none of those who did know how the system functioned have ever been able to make such knowledge mainstream. Instead, the highly polarised internal debate about ‘Europe’ has meant that such expert views have tended to be seen as contentious statements of ‘opinion’, to be debated and challenged rather than taken on board. The former Commissioner Arthur Cockfield, for instance, gradually saw his ability to explain the system to Margaret Thatcher and the Conservative party dwindle as he became ever more seen as ‘one of them’ rather than ‘one of us’. As a result, the British debate about Europe both before and since the 2016 vote has been characterised by a startlingly poor understanding of the EU.

The first widespread mistake has been the failure to realise that the European Single Market is much more than just a free trade area – and that therefore tariff free access to the EU will not give British exporters anything comparable to the access that they currently have. Michael Gove for instance referred in 2016 to a free trade zone stretching from Iceland to Turkey of which Britain would, he was confident, still be part. The UK, in other words, would go on enjoying tariff-free access to EU markets, irrespective of the outcome of the referendum. But this focus on tariffs was quaintly anachronistic, because ever since the 1980s the main target of European liberalisation efforts has not been intra-European tariffs but instead the various non-tariff barriers that clogged up trade across European borders. The elimination of these last lay at the heart of the Single Market programme masterminded by Cockfield and strongly backed by Thatcher. It was therefore the degree to which Britain maintained regulatory convergence with the EU that would do most to determine the country’s commercial access after Brexit rather than the question of tariff levels.

But – remarkably – hardly anyone took Gove to task for this misleading claim. Instead the vast majority of commentators seem to have regarded his statement as relevant and legitimate. And this misguided fixation on tariff reduction or elimination rather than regulatory alignment has continued through the Brexit talks themselves. The British debate about what underpins its trade with the EU – and hence about what will change as Britain leaves – has been characterised by little awareness of how the EU’s internal market operates, despite the key role that the UK played in creating this very market. We have forgotten – or unlearnt – what we once energetically championed.

A second feature of the EU that we ought to have known about but have blithely failed to think through is the importance of timetables. European integration history is studded with the use of timetables and deadlines designed to compel member states to respect their obligations and to bring about simultaneously the administrative, commercial and legal changes that they have agreed to make. Fixed dates for tariff dismantlement stood at the heart of the original 1957 Treaty of Rome; similar approaches lay behind the adoption of the CAP and Common Fisheries Policy; and the technique was famously reprised both in the 1980s and early 1990s with the building of the Single Market and in the 1990s with the establishment of the single currency.

As seasoned insiders, the British ought to have taken the two-year timetable set out by Article 50 seriously. In so doing they should have realised a) that two years was a very short period of time to work out even the immediate modalities of leaving the EU, let alone deciding upon the longer term relationship between Britain and Europe; and b) that one of Britain’s strongest weapons was the fact that it alone would determine when to invoke Article 50. The sensible course would therefore have been to determine what Britain wanted to get out of the negotiations, as well as what was likely to be negotiable before allowing the countdown to begin. Instead Theresa May invoked Article 50 in March 2017 well before any clarity existed in the British debate about either point, and has been under severe timetable pressure ever since. By failing to think through the consequences of the Article 50 timetable, the UK seriously weakened its bargaining position.

Another avoidable error has been to underestimate the degree to which Brexit’s impact upon Ireland would become a central concern for the whole EU. In so doing the British have again been guilty of overlooking two further realities about the EU that as insiders they should have been recognised. The first is that the EU is always prone to support an insider in a tussle with an outsider, almost irrespective of the merits of the insider’s case. And this is all the more so, given that many of Ireland’s fears centred on the damage border controls in Ireland might do to the Good Friday Agreement, thereby undermining the EU’s own self-perception as a peace project. The EU has long liked to believe that it had played a useful role in overcoming the Northern Irish ‘Troubles’ – and had been encouraged to think this by the governments of both John Major and Tony Blair as they sought EU money for the region – and hence its dismay at any backwards step in the peace process and its readiness to back Dublin should have been easy to anticipate. Instead there has been general perplexity in much of the British debate about why the EU was seemingly putting the interests of a single small member state above the bloc’s economic and political interest in a rapid settlement with the UK.

Finally, and perhaps most fundamentally, the British debate about what was likely to prove negotiable has failed repeatedly to take into account the political nature of the entity with which it is dealing, and the fact that it is the UK and not the EU that is asking for change. The first of these realities is best illustrated by the Boris Johnson ‘prosecco’ argument – or the idea that the strength of Britain’s bargaining position in the negotiations springs from the commercial interest of many continental exporters in keeping access to the lucrative UK market. This overlooks the extent to which all of the EU27 regard a flourishing EU as even more valuable than the British market, whether economically or politically. And yet giving UK the sort of exit terms which many Brexiteers seemed to regard as likely so as to avoid the loss of sales to Britain would seriously endanger EU unity and incentivise others to follow the UK’s example. The potential negative consequences would far outweigh the loss of the British market, however prized. This helps explain why the EU27 opted immediately after the referendum for a negotiating procedure which maximised the likelihood of their staying united and minimised the scope for the British to divide and rule.

The EU27’s whole approach to the talks, in other words, underlined how the politics of staying together trumped the potential value of trade with Britain. Furthermore, the underlying dynamics of the negotiation were always going to be profoundly asymmetrical, not just because it pitted 27 against one, but more importantly because the EU could unite in the defence of a pre-agreed system whereas the British had to devise its desiderata from scratch. Mapping out what Britain desired would always have been a challenging task, not least because Leave voters hold markedly divergent views on the question; it has been even more so in a deeply polarised country, led since 2017 by a minority and profoundly split government.

Here too, though, an extraordinary number of those commenting on the negotiations totally failed to anticipate this reality. Instead there was a widespread expectation that it would be the EU27 and not the British who would be divided and weak in the negotiations. Mervyn King, for instance, told the BBC that immediately after the referendum EU leaders must have asked themselves ‘How on earth could the European Union manage to negotiate against this one decisive group on the other side of the channel?’

The EU’s strength should not have been at all surprising. Uniting around a pre-agreed position, and maximising internal coherence even at the expense of external rigidity, has been the EC/EU’s default approach to negotiation ever since it was first created. And yet once outside (or at least on their way out and treated as already having left in terms of how the Brexit talks have been organised) the British have reacted in horror at this deep-rooted – and hence entirely predictable – characteristic.

All told, therefore, the manner in which the British have allowed themselves to be taken aback by the realities of negotiating with the EU says much more about our own shallow understanding of the system than it does about European vindictiveness. A tiny minority of UK officials and politicians did correctly predict the likely course of negotiations from the outset – most famously Ivan Rogers. But the vast majority of the British political elite have gone on being ill-informed, not to say deluded, about the nature of the EU. What this means for the eventual outcome of the Brexit process remains unclear. One lesson, however, is already  apparent. We have been ‘in Europe’ for over four decades, but as the whole depressing spectacle of the Brexit talks amply demonstrate, few of us have ever really understood what this means.
______________

Note: the above was first published on LSE Brexit and draws on the author’s published work article in Diplomatica. Featured image credit: Pixabay (Public Domain).

N. Piers Ludlow is a Professor in the Department of International History, LSE. 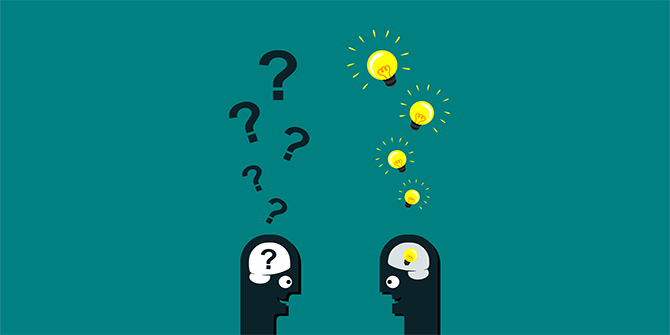 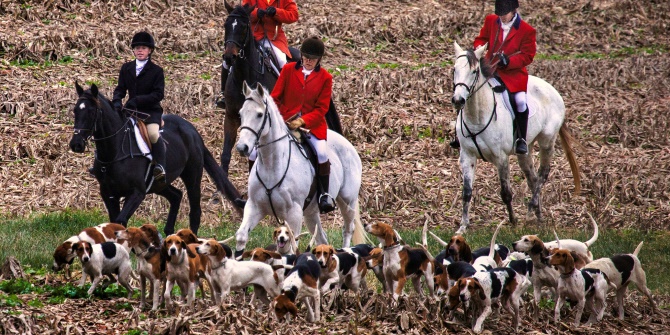 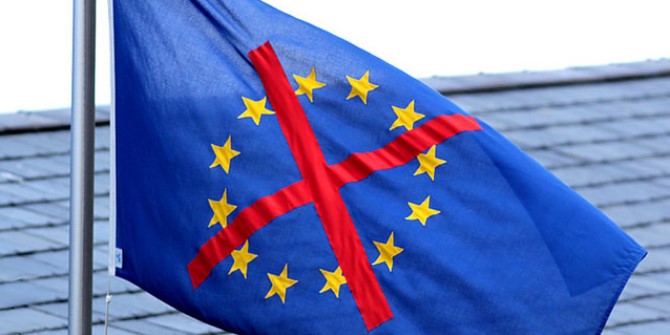