That politics is broken and rotten in the UK may well be the defining belief of our time. But is it broken at Westminster? Tony Wright disagrees with the pervasive assessment, writing that, though the system does require a range of political reforms, reform requires a realistic understanding of what is wrong; and a determination to work to put it right.

It is a commonplace of commentary that the Westminster political system is broken. Here is the political journalist Gaby Hinsliff, recently reviewing a book on lobbying: “Politics is broken, the system rotten to the core. That’s the defining belief of our era and it’s one for which nobody quite yet has a satisfactory explanation”. Exactly so. The belief is shared by those on both left and right, and by both broadsheet and tabloid commentary. It was also a central theme of the independence argument in Scotland. But is it true? Or is it the sort of thing that is most easily believed by those who have never experienced life in a genuinely broken polity?

There is plenty of evidence to suggest that, if not quite broken, the system is near to breaking point. As an election approaches, both the Conservatives and Labour hope to scramble into office with little more than thirty per cent of the vote, perhaps stitching up another coalition with the remaining Liberal Democrats (once the party of permanent opposition, now the party of permanent government) if necessary. This is hardly the basis for legitimate or effective government. If the charge against the present coalition is that it was voted for by nobody, concocted after the election on a programme not endorsed by the electorate, this may well happen again. At the very least, the parties ought to be pressed before the election on their post-election intentions.

Yet this merely reflects a changed electorate, from which not even the electoral system can any longer be relied upon to produce majority party governments. The significance of this change is not yet fully understood. The distinctive merit claimed for the Westminster first past the post electoral system was that, whatever its representational deficiencies, it delivered majority governments that could govern and a clear line of electoral accountability. The fact that this claim can no longer be made means that the old argument about the electoral system takes a new form, in terms of the need to reflect the realities of a changed electorate. In this sense the central prop of the system can properly be described as broken.

However it is not just the electoral system that looks broken. The more general (and familiar) picture is of an electorate that votes less and distrusts politicians more, of shrinking parties and growing political indifference. As power seems to have gone elsewhere, and as political choice has narrowed, democracy has atrophied and seems increasingly to become the preserve of a class of office-seeking politicians, with only a new populism of the right filling the vacant political space. It is not difficult to construct a narrative of broken politics from this mixture.

What is more difficult, though, is to suggest that these trends are somehow peculiar to Westminster politics, or even especially marked there. Only a characteristic parochialism permits this. In fact these are trends that are pervasive across the developed democracies. Bringing together all the available evidence, the political scientist Peter Mair has described what is happening as “the hollowing of Western democracy“. There are national variations, but the picture is a general one. If politics is indeed broken, then it is not just broken at Westminster.

But is it broken at Westminster? In global surveys of good governance Britain typically comes about halfway down the premier league, which certainly indicates room for improvement but hardly suggests a system that is broken. It also displays a capacity for responding to what is thrown at it, from financial crisis to the demands of separatism, and its adaptation to the requirements of coalition government has been striking. In this sense the system continues to muddle along, despite all the changes in the surrounding environment.

In fact it has done rather more than this. It is heresy in Britain to suggest that anything in its public life may have got better, but in terms of accountability it most certainly has. It is scarcely too much to say that over the past twenty years there has been a revolution in accountability. From human rights to freedom of information, with much else along the way, governments have been held to account in a way that was previously not the case. The revelations about abuse in public institutions from a generation ago are a reminder of the closed and secretive culture that has been opened up. Parliament has become a more assertive institution and governments can get away with much less (as seen most sharply in last year’s vote on military action in Syria). Nobody talks about the system as an ‘elective dictatorship’ these days.

A similar argument can be made about standards of conduct. It is just twenty years ago, in a climate of sleaze, that John Major established the Committee on Standards in Public Life as a standing watchdog. Since then public life has been increasingly regulated by a range of new regulatory bodies. A commission monitors political donations and party spending. Politicians now have to account for every paper clip and live in a goldfish bowl of transparency and ethical regulation. The idea that public life is rotten and corrupt, or more so than it once was, is embedded in contemporary culture; but it is nevertheless wrong.

None of this means that all is well, or that the system does not require a range of political reforms. It is absurdly over-centralised and its representational deficiencies are evident. There are always new accountability deficits that demand attention. Some serious constitution-making will one day be required. But none of this is advanced by lazy rhetoric about a broken and rotten politics. This merely serves the purposes of those who like to encourage the belief that politics and politicians are there to be disparaged, which in turn fuels further democratic disengagement and disconnection. This belief may well have become the defining belief of our time, for which there is a ready market, but it should not be allowed to go unchallenged. Reform requires a realistic understanding of what is wrong; and a determination to work to put it right.

Note: This article was originally published on the Political Quarterly’s editor’s blog and gives the views of the author, and not the position of the British Politics and Policy blog, nor of the London School of Economics. Please read our comments policy before posting. Featured image credit: Eric Hossinger CC BY 2.0 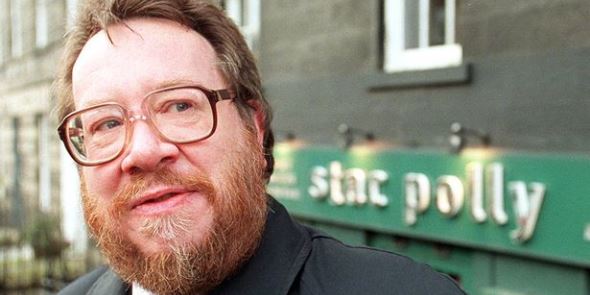 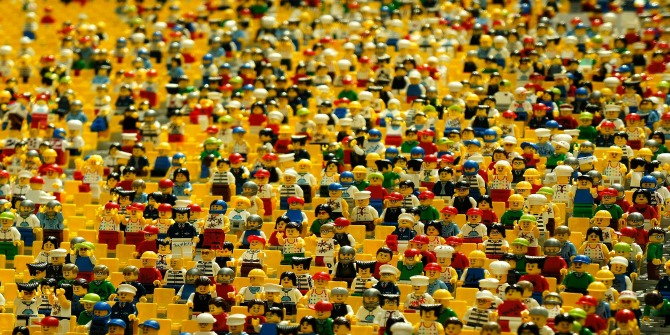