As Philip Hammond finalises his Autumn Budget, Judith Knott outlines his constraints and looks at what we might expect to hear from the Chancellor on the corporation tax, anti-avoidance measures, business rates, and industrial strategy.

As Philip Hammond prepares for his Budget on Wednesday, he faces a daunting set of constraints, both economic and political.

On the economic side, the news since the March Budget has not been universally bad. Tax receipts are higher than forecast, while spending is lower, leading to a reduction in debt. However, it is uncertain whether this represents an underlying improvement in the public finances or a temporary blip, and it may be outweighed by other factors. The Office of Budget Responsibility (OBR) is expected to make significant downward revisions to productivity growth, and hence economic growth, following repeatedly over-optimistic forecasts in recent years. Depending on the extent of this downgrade, the Institute for Fiscal Studies (IFS) has suggested the Chancellor’s long-term commitment to eliminate the deficit by the mid-2020s may well be at risk, even if he manages to meet his medium-term mandate of reducing borrowing to 2% of GDP by 2021/22.

The Chancellor also faces a financial hang-over from the March Budget. The increase in National Insurance Contributions (NICs) for the self-employed, which he announced and then dropped due to political pressures, would have raised around £0.5 billion a year. The Chancellor committed to fund this shortfall by “measures in the Autumn Budget”. He also has a hole to fill from deferring the controversial plans to require businesses to keep digital records (“Making Tax Digital”). The IFS estimates the medium-term impact of a one-year deferral to be £300-400million a year.

The Chancellor’s difficulties with these measures illustrate the scale of the political challenge he now faces. Even before the 2017 general election, he was unable to count on his own backbenchers to support a well-reasoned NICs increase for the self-employed. The realities of a minority government are likely to rule out many measures that could be perceived as a tax increase.

For example, recent press reports have suggested he may be considering a reduction in the threshold at which small businesses have to register for VAT (currently £85,000), apparently sparked by a review of VAT by the Office of Tax Simplification. The review emphasised how generous the UK threshold is by international standards, but I wouldn’t expect the Chancellor to risk a significant move. At most he might freeze the threshold at its current level. 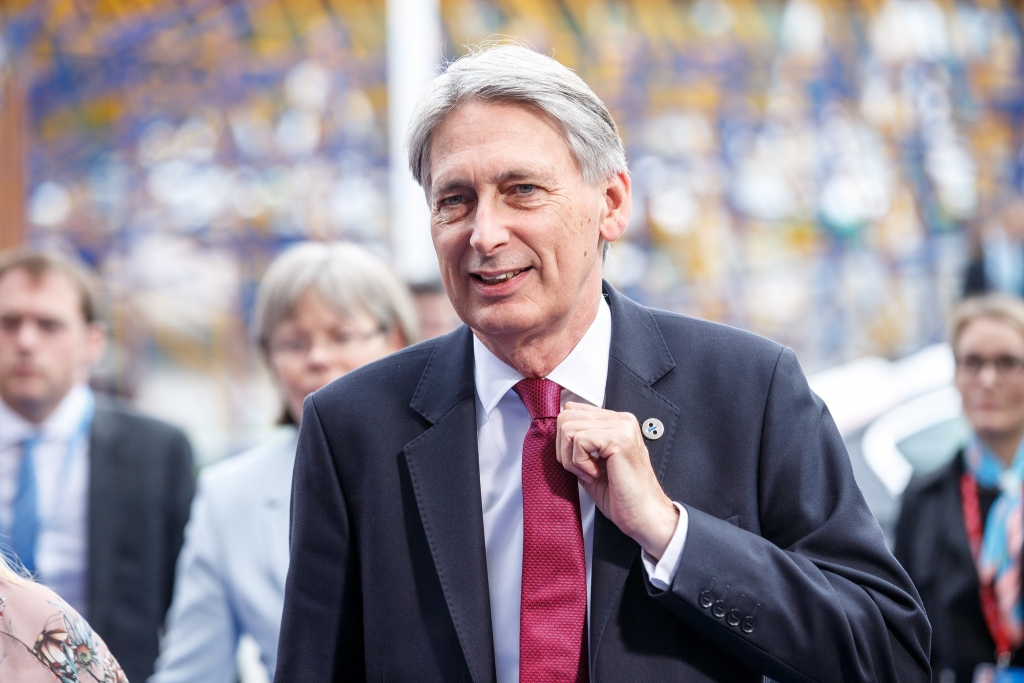 The political constraints also extend beyond Parliament. Consider, for example, the rate of corporation tax. George Osborne cut the rate from 28% in 2010 to 20% in 2015. It is unclear why he felt the need to go beyond those cuts: at 20% the UK was already at the bottom end of the G20, significantly lower than any other member of the G7, and there was little pressure from business to reduce the rate further. Nevertheless, George Osborne announced in his 2015 and 2016 Budgets that he would cut the corporation tax rate to 19% in 2017 and 17% in 2020 – a move which is likely to trigger a further wave of tax competition among G20 countries, according to a report from the Oxford Centre for Business Taxation.

It is now too late, realistically, for Philip Hammond to reverse the reduction to 19% that took effect in April. He could still cancel the move to 17%, to give a boost of around £5billion a year to the public finances from 2020 onwards, or to recycle into other tax cuts or spending measures. But political constraints again narrow his room for manoeuvre. While he might be able to persuade Parliament, the government’s political capital with business has run so low, amid the uncertainty of the Brexit negotiations, that he is unlikely to risk alienating them further at this point. He could, of course, return to the issue next year.

So what can he do to raise taxes from the business sector in a way that is politically acceptable for a beleaguered conservative government? He will almost certainly follow the well-established precedent of announcing a sizeable package of measures badged as anti-avoidance. The OBR recently published figures showing the combined projected impact of such measures since 2010 as around £10billion a year from now to 2020/21.

The recent release of the Paradise Papers on offshore tax avoidance and evasion has brought this issue to the fore, and Labour party leaders continue to suggest there is further low-hanging fruit worth £billions if only the government would choose to take it. The reality is much more difficult. As the European Commission noted in January 2016: “Aggressive Tax Planning is a global problem, which requires European and international solutions.” Tackling the gaps in the international tax system involves painstaking multilateral cooperation – whether at EU or OECD level – rather than bold populist pronouncements by a UK Chancellor.

More generally, the OBR has recently warned of the risks of using inherently uncertain revenue projections from anti-avoidance measures to fund the much more certain impacts of tax cuts or new spending commitments. We can therefore expect the OBR to scrutinise any such measures even more closely in future.

Turning to potential Budget give-aways, most of the pressure is likely to be on the public spending side of the equation. But there is one issue on which the Chancellor has been lobbied strongly and consistently by the business community: business rates. An inflationary increase is due in April 2018, which under current rules would be based on the September RPI (Retail Price Index) figure of 3.9%, increasing the total business bill by around £1billion. This comes on top of the April 2017 revaluation exercise, which generated a storm of protest and was mitigated by a package of locally administered relief, strongly criticised for delays. So I would expect the Chancellor to do something to address the RPI increase: freezing business rates for a year would be expensive, but he could cap the increase at a fixed percentage. Alternatively, he could accelerate a move planned for 2020, changing from the RPI to the CPI (Consumer Price Index) as the measure of inflation for business rates, which would limit the increase to 2.8%.

Finally, I would expect Philip Hammond to take action in support of the government’s industrial strategy. While this could take the form of additional tax relief (e.g. increasing the already generous R&D tax credits), we are perhaps more likely to see targeted public investment in innovation via Innovate UK, as suggested by the CBI. This would have the advantage, for the Chancellor, of being seen to tackle the issue that may be at the heart of his fiscal problems: the UK’s disappointing record on productivity.

Judith Knott is former Director of Large Business and Director of Corporation Tax at HMRC. Previous civil service roles include Head of Corporate Tax at HM Treasury. She tweets @judithmknott.

Hard Choices – Chancellors debate: 'A few blows, but no knockout'