Leor Zmigrod looks at the cognitive underpinnings of nationalistic ideology in the context of Brexit. She writes that those with strongly nationalistic attitudes tend to process information in a more categorical manner, and this relationship manifests itself through a tendency to support authoritarian and conservative ideologies.

The idea that our ideologies reflect our psychological motivations is not new. In an influential book titled The Authoritarian Personality (1950), Adorno and colleagues hypothesized that “ideologies have for different individuals, different degrees of appeal, a matter that depends upon the individual’s needs and the degree to which these needs are being satisfied or frustrated”. Similarly, in 1954, the famous psychologist Gordon Allport already suggested that our prejudices and ideological preferences are “unlikely to be merely specific attitude(s) toward specific group(s)… [these are] more likely to be a reflection of [a person’s] whole habit of thinking about the world”. These eloquent proposals captured the hearts and minds of researchers by making politics an extension of personal psychology, and not merely a feature of demographic circumstance.

Even though these ideas have been around for nearly 70 years, there has been little rigorous empirical research examining how cognitive traits shape nationalism and voting behaviour. In a recent paper, we sought to investigate the extent to which individual differences in emotionally-neutral, “cold” information processing styles predict voting behaviour and nationalistic sentiments in the 2016 EU Referendum. 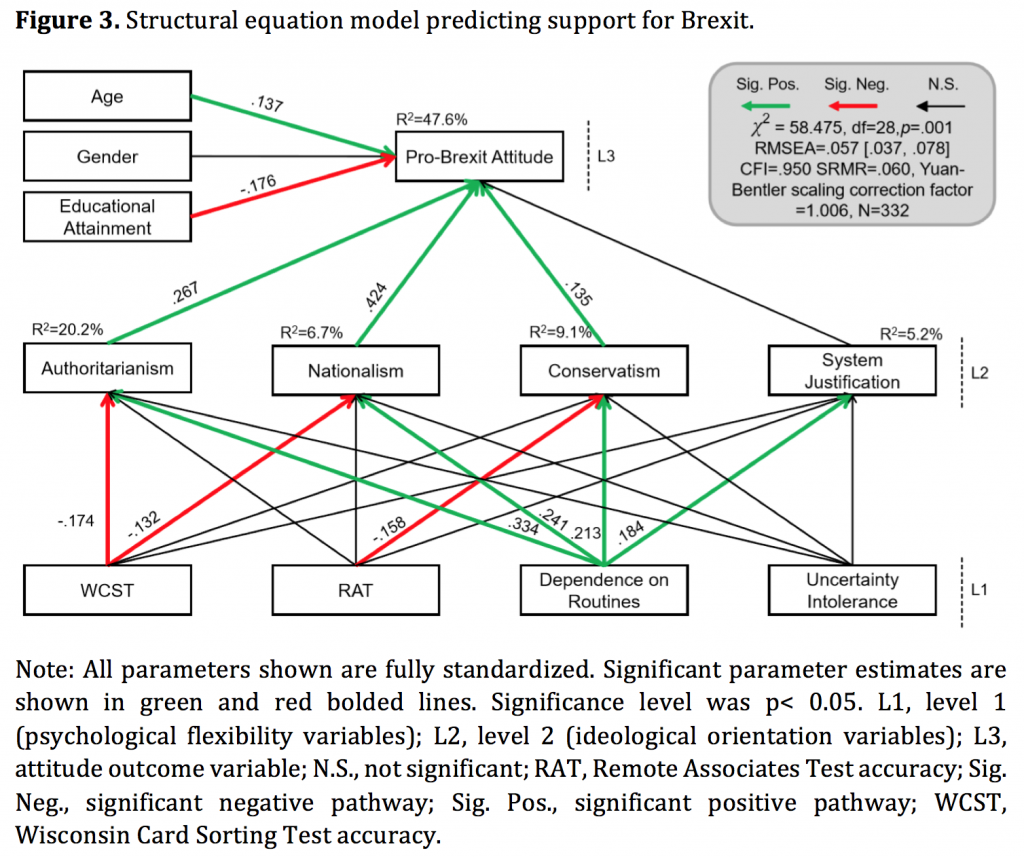 Note: the above draws on the author’s published work (with Peter J. Rentfrow, and Trevor W. Robbins) in Proceedings of the National Academy of Sciences.

Leor Zmigrod is a PhD candidate and Gates Cambridge Scholar in the department of Psychology at the University of Cambridge.