The future direction and electoral strategy of the Labour Party is currently at the forefront of political discussion in the UK. One such idea has been that of ‘Blue Labour’: a re-connection with blue-collar voters, outlined in an article by Adrian Pabst. However, Ben Margulies critiqued this approach as being inherently conservative and backward-looking. Here, Adrian responds to these criticisms.

I welcome the debate with Ben Margulies on the idea of Blue Labour, however, I wish to argue in return that his critique of my article on why Labour needs to reconnect with blue-collar workers makes a number of claims that either miss the point or are outrightly wrong.

The issue of the working class and social conservatism

First, of course “Labour did not author the decline of the British working classes”. Nobody in the Blue Labour movement has ever suggested that. Our point is that under New Labour, the party abandoned the working classes, and now, in turn, they have abandoned Labour. Between 1997 and 2010, Labour lost 5 million voters, of whom the overwhelming majority are skilled and semi-skilled workers. Many of them either stopped voting altogether or switched to other parties, most of all the Tories and UKIP.

As a cursory reading of the Blue Labour book shows, the movement has consistently rejected both the Old Labour narrative that these working-class communities look to the central state for help, and the New Labour belief in the market as a panacea to their economic ills. Rather, they are proud people who want to work and provide for their families – not rely on state hand-outs or be limited to low-skilled, low-paid jobs in a globalised economy. They mourn the loss of worker self-organisation, vocational training and strong communities that can provide a measure of interpersonal solidarity.

Second, Margulies’ assertion that New Labour was “not insensitive to social conservatism” is unconvincing. Being tough on crime and cracking down on asylum-seekers during the Blair years was hardly the same as recognising the small ‘c’ conservative and communitarian values, such as work, family, locality and patriotism that characterise many traditional Labour voters across Britain. In any case, Blair’s embrace of liberal globalisation and liberal interventionism was incompatible with social conservatism, not least mass immigration after 2004. Ed Miliband’s promise to control immigration lacked credibility precisely because he embodied social liberalism and failed to show sympathy for people with other ways of life.

Third, to insinuate that praise for working-class communities implies a lesser regard for minorities and thus effectively amounts to “soft-serve xenophobia” is a non sequitur and avoids the real issue. As long as Labour appeals predominantly to metropolitan elites, public sector workers and minorities, it will be stuck in opposition. For Labour to win again, it needs to reach out and build coalitions between its current voters, its former supporters, and new groups. That means identifying shared interests and values. As the Blue Labour book stresses, the task is to build a common good politics that overcomes the opposition between north and south, Celtic and English, native and immigrant, as well as young and old.

The issue of turn-out

Therefore Margulies is only half-right about voter turnout. High turnout in and of itself is merely a necessary condition for the left’s electoral success. Since the voter turnout of young people is consistently lower than that of the over-55s, Caroline Flint is absolutely right in urging Labour to listen to people on the doorstep and offer a politics that also appeals to older voters, of which there will be about 900,000 by 2020. Not to mention the Tory plan to extend the franchise to around 3.3 million long-term expatriates, most of whom belong to the over-55s who are the single largest voting cohort.

Under Corbyn the party is unfortunately heading in the wrong direction. His stance on patriotism and Trident does not bode well for reaching out to voters who used to support Labour. Protest politics is not a majority politics. As the party’s own internal analysis has shown, its new membership is composed overwhelmingly of people who have well-paid jobs and live in prime locations (including 40 people in a single street in Islington who joined over a 12-week period). By contrast, people who are less well off, including ‘small-town Britain’ and families who struggle to make ends meet represent a tiny fraction of Labour’s membership but a sizeable part of the electorate. Without them Labour cannot overturn the Tories’ majority in England where, according to James Morris, “57% of English people are concerned Labour put people from other countries before the interests of England”. In other words, it is about a fundamental sense of fairness between natives and immigrants and a balance of interests – not privileging or discriminating against any one group in the country.

As for Scotland, I agree with Margulies that the SNP won by defeating the “rotten structures of Scottish Labour”. However, the continual success of the SNP is no small part the result of appealing to the Scots’ national sentiment. The clue is in the name – Scottish National Party. Unless Labour can offer a broad civic patriotism, it will never recover north of the border. So far Corbyn’s words and deeds seem to go in the opposite sense.

Blue Labour and the roots of the Labour Party

Finally, Margulies is certainly right that “without some sort of organic, organisational link to these [blue-collar] communities, any “Blue Labour” initiative will fail completely”. Blue Labour has not only called for trade union reform to strengthen the power of ordinary members vis-à-vis bosses but also for more worker self-organisation in new sectors of the economy.

Crucially, Blue Labour champions community-organising and leadership training, so that communities do not simply have a voice but can participate in shaping their own future. This also applies to Labour itself, and it remains to be seen whether the new team under Corbyn can reach out to all segments of the party and the country. Unless and until Labour builds new coalitions of interest among people with different (yet also overlapping) values, it won’t command majority support and govern in the national interest.

This is the final piece in a series of articles on ‘Blue Labour’. The initial piece, ‘Blue Collar voters and the Left: Labour must reconnect with those it left behind’, can be found here. After this piece was published, a response by Ben Margulies ‘Why Blue Labour is a dead end’ was posted here.

Adrian Pabst is Senior Lecturer in Politics in the Department of Politics and International Relations at the University of Kent. He has recently published a book, The Politics of Virtue: Post-liberalism and the Human Future (with J Milbank) and a journal article ‘Is Liberal Democracy Sliding into ‘Democratic Despotism?’ with The Political Quarterly. He tweets at @adrianpabst1. 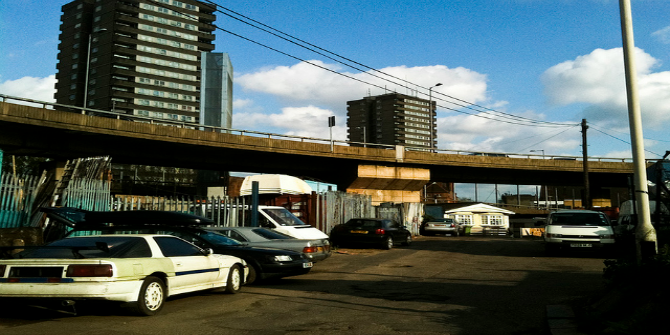 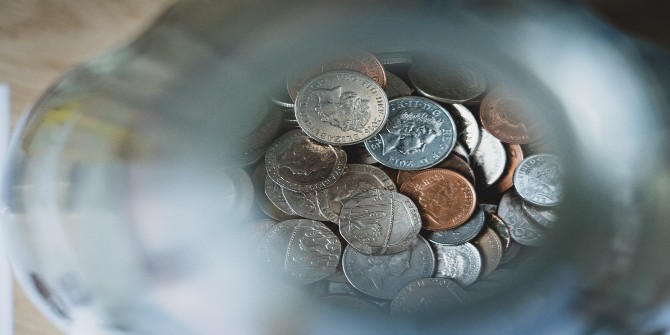