The coalition government’s battery of new localism reforms are thought to be aligned with a preference for decentralisation amongst the general public. But as Joan Costa Font argues, arrangements for health and education funding point towards greater centralisation and less local accountability.

A recent Eurobarometer survey (2010) suggests that a large majority of people in Europe believe that intermediate or regional levels of government are more adequate for managing social services like health and education.  This is indicative of a “decentralisation trend” which aims primarily at increasing the political and fiscal accountability of welfare states, whilst taking advantage of different mechanisms that trigger competition. It is also indicative of an adaption to the existing heterogeneity in preferences and needs when goods to be allocated do not have significant externalities and scale effects.

While the government promotes plans for decentralisation and localism, it seems to be moving toward centralisation in the funding of some key services. Proposals seem to be pulling away from the responsibilities of locally run and politically accountable bodies to a more centralised service open to private providers.

Government decentralisation implies devolving to accountable bodies the management of the “public space”. It is efficient because policies match heterogeneous preferences, and competition therefore disciplines  inefficient governments by either encouraging people to move (“voting with ones feet”) or by rewarding good management through political accountability.  However, the announced localism bill is not heading in this direction. As I argue below, reforms in education and health suggest a completely different story.

The coalition government’s education bill plans to undermine more than a century of local government funding, and serves as a major blow to the political contract that both coalition government parties put forward in the election campaign. However, the main concerns lie in the inefficiencies and inequities that derive from such decisions. Perhaps, the only major outcome of such reform will be further aggregation containment which will provide a favourable climate to private sector development.

Besides further privatisation, the ultimate goals of such reform is to enhance the government’s power and undermine one of the key dimension of a democracy, namely vertical power sharing between central and local governments.  In centralising education funding, Britain is moving away from reforms made elsewhere in Europe where decentralisation is the norm, and clearly it also departs from other liberal democratic approaches. Who remembers the times where Liberal Democrats were committed to local governance?

The health care proposals to give doctors the monopoly of decision making in the NHS are not consistent with descentralisation logic either. Devolution is a backdoor for competition and quality, yet the type of competition the current government is interested in is primarily competition on price.  Unlike Primary Care Trusts (PCTs), doctors are not politically accountable to their communities. Hence, the scrapping of PCTs represents a major overhaul to the system – a system where cooperation is less likely to take place and where one can expect more inefficiencies at the organisation or meso-level of decision making.

Reforms leading to government decentralisation should aim at strengthening the agency relationship between individuals and the government, i.e. political accountability. This can be done by allowing mobility and voice to act as mechanisms used for the purpose of disciplining public service provision.

The current centralisation of funding and the granting of health powers to gatekeepers do not help towards a more accountable government. It seems instead to be an old power driven strategy to centrally control the education system and disconnect communities from the normal use of the health service.

Posted In: Local government | Public Services and the Welfare State 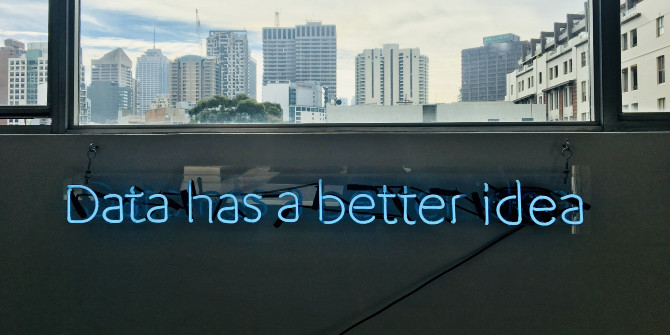