Are MPs with longer careers more likely to help their relatives and establish a political dynasty? Brenda Van Coppenolle considers this question in relation to the UK and by looking at the careers of members of the House of Commons since 1832.

Political dynasties play an important role in present-day democracies. Consider, for example, the Trudeaus, the Bushes, the Ghandis, Argentina’s Kirchners, or the UK’s Millibands. Their success continues to fascinate. Yet we do not usually think of dynastic political succession as very democratic. Before the advent of democracy, influential families passed on power to their relatives. Today, we elect our leaders. Still, political dynasties can be found in established as well as new democracies. So what explains why certain families are successful in politics?

There are many potential reasons for these ‘democratic dynasties’. They range from socialisation within families to a shared vocation or political ideals to outright nepotism. Children with politically active parents might develop a keen interest in politics too. Relatives sometimes continue the political project begun by elders in repressive regimes. Many other factors may play a role, such as the personalisation of politics in recent years or a lack of social mobility.

Yet all these explanations are notoriously difficult to test empirically. In the language of experiments, “being the son or daughter of” is not one of the treatments that social scientists can manipulate. It is very hard to separate nepotism from more benign explanations such as a shared vocation or socialisation. At the same time, voters may actually prefer dynastic candidates providing them with additional electoral advantages. Such structural factors may even be inherent to electoral democracy. It is important to attempt to disentangle these factors to understand whether and how democratic institutions cause the selection of dynasties.

Social scientists have tried to come up with clever ways to answer some of these old questions. Political dynasties need time to develop, but luckily researchers can learn from information about politicians in countries with long democratic histories.

In a very influential contribution, a group of researchers compared narrowly successful re-elections to narrowly failed attempts in the US since the nineteenth century. They found that simply serving in parliament, or holding power for longer, was enough to help politicians start dynasties. In my own research, by studying political dynasties in the UK House of Commons since 1832, I considered whether the same is true for British politics. The research relied on existing biographical information about MPs and their family connections. Surprisingly, the length of a parliamentary career alone cannot explain the historical success of  UK dynasties. Factors such as titles and wealth were much more likely to explain this success. 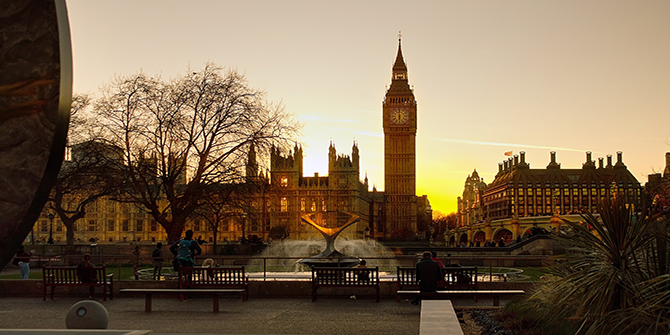 Why was there no effect of re-election and serving longer? Perhaps serving an additional parliamentary term in the UK did not have the same effect on name recognition as elsewhere. Yet the average tenure lengths are comparable between the US and the UK. Perhaps the extent to which established families already control politics, e.g., campaigns and parties,  matter for attenuating the effect of re-election. While the US did not start with an aristocracy, the UK is notorious for having had many prominent families in politics historically.

Political networks seem to have been more important for UK political dynasties than winning re-election. First, their junior members were much more likely to have been aristocrats or to have obtained (Oxbridge) university degrees than other MPs. Second, those juniors from prominent families were more likely to continue the dynasty regardless of whether their tenure was short or long. In fact, junior members of political dynasties were much less likely to have won or lost their first re-election by narrow margins than other MPs. This implies that on average, juniors from political dynasties hold an electoral advantage. Third, junior relatives were more likely to enter the Cabinet if their relative had preceded them in the Cabinet. Fourth, the probability that an MP began a dynasty was not different for those who entered the cabinet having only narrowly been re-elected.

Why is it important to study political dynasties? If it is true that a longer parliamentary career allows MPs to help their relatives, this raises many questions about the nature and de facto functioning of our democracies. It also matters because politician identities influence the policy they make. There is a long tradition of studying background characteristics of politicians, such as education or past profession. Yet it is not always clear how characteristics like an elite education compare across countries. Arguably, family links between politicians form a background characteristic that is much more similar across societies as well as time. Yet we know little about whether and how democracies promote dynasties aross countries and time.

The absence of an effect of longer careers on dynastic perpetuation in the UK does not necessarily imply that democracy functioned better in the UK than in the US. Instead, the results call for more research into why being selected into politics is enough to promote relatives in some countries but not in others. Only by identifying these structural features of democracies can we understand the reasons for the continued presence of political dynasties in democracies today.

Note: the above draws on the author’s published work in Legislative Studies Quarterly.