The Conservative Party have recently re-committed to repealing the Human Rights Act (HRA) and replacing it with a ‘home grown’ British Bill of Rights. Meanwhile, discussion of what level of devolution will be afforded to Scotland in the wake of the ‘No’ vote in their independence referendum has been raging on. Here, Aileen McHargh argues that further devolution complicates the Conservatives withdrawal pledge.

In his speech to the Conservative Party conference, the Prime Minister confirmed that the party’s 2015 election manifesto will include a commitment to repeal the Human Rights Act 1998 (HRA) and replace it with a “British Bill of Rights”. However, The Scotsman newspaper quoted a Scotland Office spokesman as saying that the change would not apply in Scotland. According to the article, the spokesman “confirmed that human rights legislation is devolved to the Scottish Parliament because it was ‘built into the 1998 Scotland Act [and] cannot by removed [by Westminster].’” As reported, this statement is seriously misleading. However, it does highlight genuine difficulties that devolution creates for the implementation of plans to reform human rights law.

1) How does the ECHR apply in the devolved nations?

The basic problem arises from the fact that there are currently two regimes for incorporation of the European Convention on Human Rights (ECHR) into domestic law in Scotland and the other devolved nations. First, the HRA applies in the same way as it does in England. Thus, public authorities in the devolved nations, included the devolved governments, are subject to the duty to comply with Convention rights in section 6 HRA, and devolved legislation is subject to the same interpretive duty as applies to UK Parliament legislation under section 3 HRA (although it is classed as secondary rather than primary legislation for the purposes of the HRA).

Secondly, however, the ECHR is incorporated directly into the devolution statutes. So, for example, under section 29(2)(d) of the Scotland Act 1998 (SA), Acts of the Scottish Parliament (ASPs) which are incompatible with Convention rights are “not law”. Similarly, under section 57(2) SA, a member of the Scottish Government “has no power to make any subordinate legislation, or to do any other act, so far as the legislation or act is incompatible with any of the Convention rights ….” These provisions are narrower in scope than the HRA in that they apply only to the Scottish Parliament and the Scottish Ministers.

However, they are stronger in effect, because ASPs which breach Convention rights are actually invalid, and because the Scottish Ministers are absolutely bound by the Convention rights. There is no equivalent to the defence under section 6(2) HRA that the breach of Convention rights was required by primary legislation, even ifMinisters are acting under Westminster legislation. There are similar provisions in the Northern Ireland Act 1998 and the Government of Wales Act 2006 (although the Welsh Assembly Government does benefit from the section 6(2) HRA defence).

2) What implications does this have for repeal of the HRA/withdrawal from the ECHR?

This dual system of human rights protection means that while the UK Parliament is free to repeal the HRA, this would not by itself end the domestic incorporation of the ECHR in the devolved nations. While people in Scotland, Wales or Northern Ireland could no longer bring Convention-based actions against UK departments and other public bodies, nor argue for Convention-compatible interpretations of UK legislation, they would still be able to challenge primary or secondary legislation enacted by the devolved institutions or other acts of the devolved governments. If the UK Government wished to go further and withdraw from the ECHR altogether – as was suggested earlier this year by some Conservative politicians – this would require amendment of the devolution legislation as well.

At this point, things become constitutionally interesting. Amendment of the devolution statutes would trigger the requirement for the consent of the relevant legislature under the Sewel Convention, and there are good reasons to think that such consent would not be granted, at least by the Scottish Parliament and Northern Irish Assembly. At present, this consent requirement is only a matter of convention and so could be overridden by Westminster (although probably not without provoking a significant political backlash). However, one element of the “Vow” made to Scottish voters just before the independence referendum was a promise to entrench the Scottish Parliament’s powers. That seems to mean that the Sewel Convention would be made legally binding. Although it is not clear whether any attempted entrenchment would be effective to bind a future UK Parliament, it is unlikely for the foreseeable future that a UK Government would wish to provoke the Scottish Government by withdrawing from the ECHR against its will.

3) Can Westminster enact a new UK-wide Bill of Rights to replace the HRA?

Westminster could, as a matter of law, enact a new UK-wide Bill of Rights to replace the HRA. Again, however, it might face problems in doing so. First, since a new Bill of Rights would presumably, like the HRA, apply to both reserved and devolved matters, this would also trigger the Sewel Convention. Secondly, as the Commission on a Bill of Rights discovered, it might not be easy to reach agreement on the content of a UK Bill of Rights. First, a separate Bill of Rights process is already under way in Northern Ireland, also mandated by the Belfast Agreement. Any interference with this process is likely to be resisted in case it upsets the fragile constitutional settlement that has been achieved in Northern Ireland.

Secondly, some of the prime candidates for inclusion in a “British” Bill of Rights are actually English rather than British. For instance, the writ of habeas corpus has never been part of Scots law, and trial by jury does not have the same deep roots in Scotland. The autonomy of the Scottish legal system is jealously guarded, even by unionists, and in the wake of the independence referendum it would be wise to tread carefully here. Finally, there has not been the same public hostility to human rights in general, or to the ECHR in particular, in the devolved nations as there has been in England. Indeed, during the referendum debate, the Scottish Government actually promised to extend constitutional protection of human rights in the event of independence. So again any attempt to water down human rights protection via a UK Bill of Rights is likely to be resisted.

4) Could the devolved legislatures adopt their own Bills of Rights to replace the HRA?

None of the devolved legislatures has the competence to modify or repeal the HRA, but they can legislate to supplement it, or to replace it were it to be repealed. It is possible, therefore, that the devolved legislatures might prefer to enact their own Bills of Rights rather than agreeing to UK-wide legislation. The major drawback, of course, would be that devolved Bills of Rights would only affect devolved matters. This could leave major gaps in the system of human rights protection and/or create significant confusion about which human rights regime applies. For example, the Scottish police would be subject to different rights obligations depending upon what type of offences they were investigating (terrorism or drugs offences, for instance, being reserved matters, while most other crimes are devolved).

5) What are the constitutional implications of having different human rights regimes in different parts of the UK?

The constitutional implications of the proposal to repeal the HRA are messier than they might first appear. Rather than creating an indigenous UK-wide human rights regime, we might end up with a patchwork of different regimes in different parts of the state. This might seem strange in principle. But of course there are already differences in the ways in which particular rights are protected in practice. For instance, the right to a fair trial is protected differently in Scotland and England because they have separate criminal justice systems. Arguably this is less objectionable than differences in the basic rights guarantees themselves; after all, we know that there can be more than one way of satisfying the same right.

But as this note has explained, there are currently also greater differences in the fundamental rights regimes in different parts of the UK than many people realise. At a time when the constitutional imperative is to reinforce the Union, however, creating greater constitutional differences between the constituent parts of the UK seems counter-productive. The reality is, though, that the ECHR performs this unifying function more successfully than any home grown Bill of Rights is likely to.

Note: This article originally appeared on the UK Human Rights blog and gives the views of the author, and not the position of the British Politics and Policy blog, nor of the London School of Economics. Please read our comments policy before posting. Image credit: summonedbyfells, CC BY 2.0 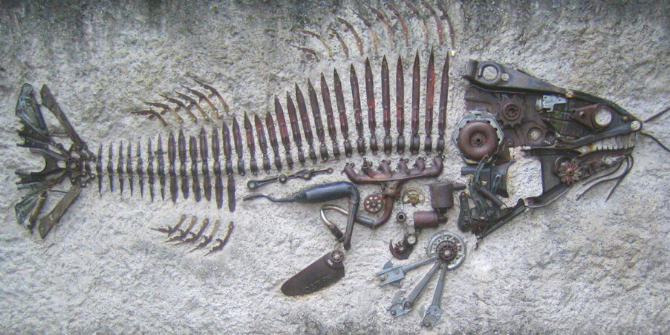