While it seemed likely on paper that the Conservatives would have reclaimed Eastleigh at the byelection, in practice it was the Liberal Democrat campaign on the doorsteps which secured their victory. Mark Garnett argues that this shows that local factors can still prevail within British politics but also points to UKIP’s success as testifying to the power of symbolism.

The heavily-hyped Eastleigh by-election, held on 28 February 2013, resulted in a victory for the Liberal Democrats, who were defending the seat. In this respect, the contest failed to produce the sensation that elements within the media were clearly hoping for; but Eastleigh was certainly more noteworthy than most by-elections in which the incumbent party prevails. The Liberal Democrats did well to hold on, defying damaging recent developments at national and local level, and the general unpopularity which has accompanied them since the 2010 general election. The United Kingdom Independence Party (UKIP), whose Eastleigh candidate had lost his deposit in 2010, edged out the Conservatives for second place. Despite leading in the national opinion polls, Labour was never in contention at Eastleigh, and although its vote share rose marginally in comparison to 2010 its candidate, the well-known satirist John O’Farrell, came a very distant fourth.

After the declaration, media commentators sought justifications for pre-match publicity which portrayed Eastleigh as the most important by-election for decades. The heading of Max Hastings’ piece in the Daily Mail predicted implausibly that the poll ‘may be remembered as a disastrous turning point in history’. More typically, the speculation focused on the impact on party leaders. Since the beleaguered Liberal Democrat leader Nick Clegg had been reprieved, the spotlight switched to Prime Minister David Cameron, whose party was depicted as the night’s big loser. Cameron’s critics argued that the by-election underlined the need for a more robust policy on UKIP’s preferred issues – above all, on ‘Europe’ and immigration. In response, Cameron quickly rebuffed any idea of such a ‘swing to the right’.

Actually the detailed figures were not too bad for the Conservatives; their vote share had fallen by 14 points since the general election, but the victorious Liberal Democrats had lost a similar slice of their 2010 support (broadly in line with the fall in their opinion poll ratings). While by-elections are always sui generis, an interesting point of contrast is provided by the 1994 by election in the same constituency. That contest had been another mid-term ordeal for an unpopular government; and the Conservative candidate, defending a majority of almost 18,000, had been consigned to third place, more than 10,000 votes behind the Liberal Democrat winner. In terms of vote share, the Conservative candidate of 1994 won only 24.7 per cent; in 2013 the party received more than 25 per cent.

Further exploration of the context in 2013 complicates the picture, but does not change it in essentials. On the one hand, there were initial expectations that the Conservatives would take the seat. The Lib Dem MP, Chris Huhne, had been forced to resign after pleading guilty to charges of perverting the course of justice. By-elections caused by anything other than the death of an MP are almost invariably bad for the incumbent party; and on this occasion the vacancy had arisen for reasons which made life especially difficult for the Liberal Democratic campaign (leaving aside their more general unpopularity). On paper, then, the Conservatives should have been able to reclaim their old territory.

However, by-elections are not conducted on paper. The fly in the Conservative ointment was the dominance of Eastleigh’s Liberal Democrats at local government level. This ensured a small army of well-motivated doorstep campaigners; so that although the Liberal Democrats could no longer hope to amass ‘protest votes’ thanks to their presence within the government, they could recreate something akin to the good old days when the party won by-elections thanks to their street-fighting tactics. Against this impressive force of foot-soldiers, the Conservatives had a pretty thankless task; they were trying to energise an eroded local support-base to defend a record at the national level which was difficult to differentiate from that of their coalition partners. In such circumstances, the fact that the Conservative vote share held up slightly better than that of the Liberal Democrats must be accounted a minor success.

The power of symbolic success

While the Liberal Democrat victory at Eastleigh shows that local factors can still prevail in British by-elections, UKIP’s performance testifies to the power of symbolism. The party’s present leader, Nigel Farage, had contested Eastleigh in the 1994 by-election – and attracted less than 2 per cent of the vote. UKIP had won just 3.6 per cent in the general election of 2010. Superficially, the jump to almost 28 per cent in 2013 was impressive – particularly since Farage himself had declined the chance of cashing in on his high media profile by standing this time. The final UKIP result was also a big improvement on the initial opinion polls conducted in the constituency.

Above all, the UKIP vote at Eastleigh was the party’s best performance in a parliamentary election of any kind. Yet even without the benefit of hindsight, it was obvious that UKIP would be the most promising vehicle for the (many) voters who wanted to register a protest against the Conservative-Liberal Democrat coalition. Since Labour turned out to be virtually irrelevant in the by-election – unlike in 1994, when the party finished second, in the interval between the death of John Smith and the election of Tony Blair as leader – the contest of 2013 can be regarded as essentially a three-cornered fight between the Lib Dems, UKIP and the Conservatives. Between them, in the general election of 2010 the two coalition partners received nearly 86 per cent of the vote. In 2013, the Lib Dems, the Conservatives and UKIP shared almost exactly the same proportion of the vote between them. From that perspective, the fact that the coalition partners retained about two-thirds of the vote share they had received in 2010 was bad, but far from disastrous and much less of a blow for the government than the 1994 by-election result had been for the Conservatives.

The fact that the recipient of the protest votes on this occasion was UKIP, which outflanks the Conservatives on the right, clearly emboldened Cameron’s internal critics who favour a move in that ideological direction. Unfortunately for them, the party’s candidate – who had contested Eastleigh in 2010, and was thus hardly a stranger to the seat –expressed views which were violently at odds with  the party’s ‘Cameroonian’ modernisers. Whether or not her opinions cost votes, only a party in the grip of ideological delusions can take the defeat of a right-wing candidate as a reason for the party to swing further away from the centre.

Despite the evidence which shows the Eastleigh by-election to be a fairly typical mid-term result for the governing party – or, in this case, parties – there is good reason to suppose that it will exercise an unusual influence over government policy. Clearly David Cameron does not want to be remembered as a one-term premier, and a swing to the right would help to bring about that outcome. However, it would be even less palatable if he turned out to be a Prime Minister who was slain by his own side, even before he had the chance to ask the electorate for a new mandate. Viewed impartially, the unfavourable Eastleigh result should not have increased the prospects of a leadership challenge. But, for Cameron, it comes hard on the heels of two momentous decisions – his surrender to the right on the issue of a referendum over EU membership, and his ill-timed attempt to re-affirm his ‘modernising’ credentials by backing the case for single-sex marriage. In combination, these maladroit manoeuvres have given Tory right-wingers a pretext for action, and an expectation that the Prime Minister will give in to pressure.

After Eastleigh, the right-wing Tory battlebus will rattle on to the March budget – its next landmark on its voyage away from the middle ground where general elections are normally won. If any Conservative backbenchers are seen to be cheering after George Osborne’s speech, it is almost certain that from the point of view of the party leadership they will be the wrong people.

Mark Garnett is senior lecturer in the Department of Politics, Philosophy and Religion at the University of Lancaster. His research interests include political ideologies (particularly conservatism) and political culture in Britain since 1970. 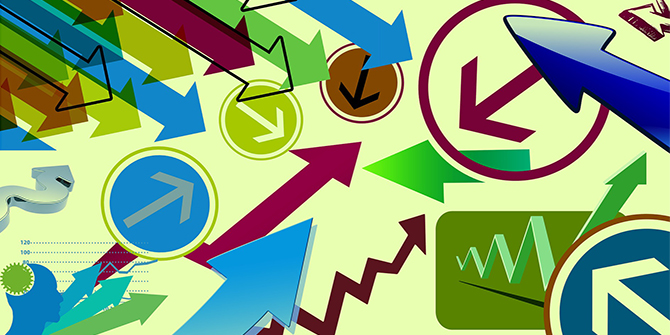 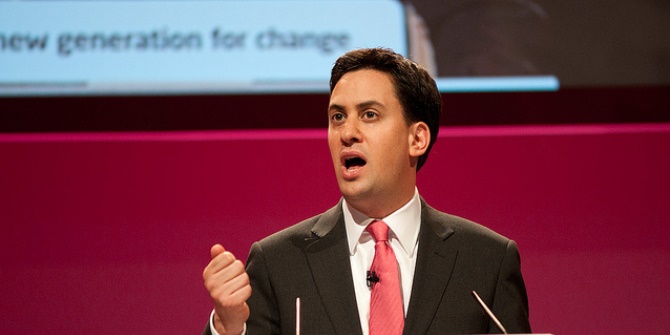 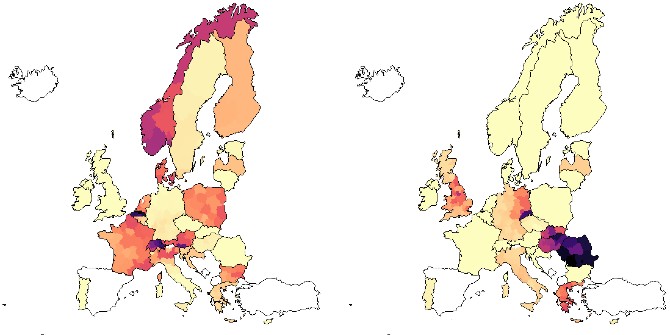